For Jessica Dean, one of the founding attorneys at Dean Omar Branham Shirley LLP, helping powerless, hard-working people is a value ingrained since childhood.

Jessica Dean learned compassion from her mother. That sense of sympathy enables her to empathize with the mesothelioma victims her firm vociferously champions. Dean also picked up a strong sense of right and wrong from her mother and grandmother. In her younger years, Dean attended church three times a week, and those Judeo-Christian values shaped her life.

Jessica Dean learned the value of a job well done from both parents. Her father built airplanes for McDonnell Douglas, working about 80 hours a week to support his family. Her mother stayed home, raising eight children. Dean inherited their drive. A high school debate coach further instilled that value.

“[Ms. Schultz] pushed us incredibly hard in an environment when no one was asking her to,” recalls Jessica Dean. “She threw things at us when we said ‘um.’ She was an odd duck, but she, for me, at least, is the only reason I filled out college applications because even though I thought I wanted it when it came to actually sitting down and doing it, my parents didn’t do that. She’s the one that insisted, ‘You can’t leave the room until this is done.’

“Debate is the only reason I went to college. And it was debate camp and hearing people talk about college that motivated me to try that,” Jessica Dean says. After finishing third in the national championships, she won a debating scholarship to college. Debating was also excellent preparation for being a litigator.

Jessica Dean on Becoming an Advocate

Jessica Dean was the first person in her family to become a lawyer. That experience of feeling alone amid people of different socioeconomic backgrounds enabled her to see things differently in law school. For many law students, success was obtaining a job with a large defense firm, but that wasn’t for Jessica Dean. She felt more suited to plaintiff law, championing underdogs who suffered life-changing injuries at the hands of their corporate employers.

“The idea that I get to work almost entirely with people that are very similar to my family, and socioeconomic status, and often in core values, while using my mind to fight for people … this job just seems tailored to me,” Jessica Dean says.

She found plenty of inspiration in law school. Dave Robinson was her torts professor at the University of Texas Law School. “Uncle Dave,” as his students referred to him, motivated her. His classes influenced her. One day, Robinson brought a guitar to class. The topic was a 1928 N.Y. Court of Appeals case, Palsgraf v. Long Island Railroad Co. The case dealt with proximate cause, which occurs when an event is sufficiently related to an injury that the courts deem the event to have caused the injury. Robinson had written a song to Palsgraf and other famous cases, and played them during class. Robinson repeatedly argued before the U.S. Supreme Court and was a maritime admiralty specialist. He mentored Jessica Dean throughout law school and for the rest of his life.

Jessica Dean also met Amin Omar, one of her future partners in law school. She says Omar helped her survive her first year in law school and the two knew before graduation they’d eventually start a firm together. A decade later, they founded Dean Omar Branham Shirley.

Jessica Dean’s first job reinforced her calling to be a plaintiff’s attorney.

‘The people I represented had never needed a lawyer in the past and were dealing with a really difficult time in their lives. I tearfully celebrated with the family after the first case I won. I took the first case I lost very hard. But more than anything, I felt lucky to have a job where I worked with ‘normal’ people, got to use my brain and voice, and where the work left me with friends, and sometimes even family, for life.”

Three years later, she began to work with Trey Branham, representing those suffering from mesothelioma. Mesothelioma is cancer in the lung lining and is caused by exposure to asbestos. Asbestos exposure accounts for about one-third of the deaths from occupational diseases in the United States. Partnering with Omar, Branham, and Lisa Shirley empowered Dean to fight for these victims.

“People have all sorts of thoughts about lawyers, just as I did before I was ever around them,” Dean acknowledges. “My hope and prayer is to be the kind of lawyer who always seeks justice, helps people when they need it the most, and looks for chances to make our community better.” 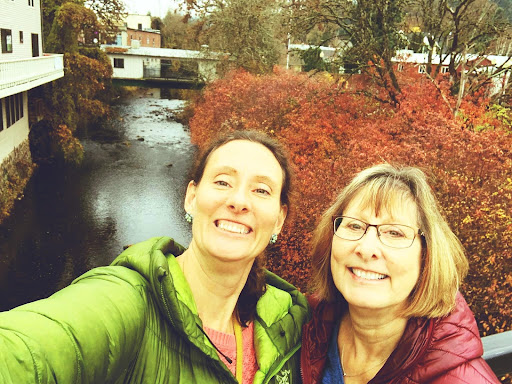 Alt text: Attorney Jessica Dean and mother pose for photo while smiling on a bridge with colorful foliage and a creek in the background.

Image Description: Jessica Dean enjoys an outing with her mother.

Jessica Dean also brings compassion, drive, and energy to her personal life. She and her husband, Hugo, have three large dogs, who Dean clearly adores.

“I love being with my pups,” she says. “We have figured out a way to bring them everywhere we go, even though collectively they will be 200 and some odd pounds.”

Jessica Dean also listens to audiobooks, that motivate her to push forward in unfair or difficult legal situations for a worthy cause. An example is Just Mercy: A Story of Justice and Redemption by Bryan Stevenson. She goes home to St. Louis to visit family four to five times a year. Three of her sisters are single moms, and she’s very close to them and their children. Her nieces and nephews also visit her in Dallas frequently. She enjoys yoga so much she attends the firm’s weekly yoga classes, despite being “profoundly clumsy.”

The Most Important Thing

While she loves her family, her dogs, and her vocation, Jessica Dean holds dearest in her heart the values she learned in childhood.

“I want to use our justice system to enforce rules that are broken, important rules that are in place to protect people from serious harm,” she says. “While I have taken a path different from that of my parents and grandparents, I want to honor what they taught me in the work I do.”