In addition to competitive play, Rocket League trading has grown to be a significant component of the game. Many players take great pride and care in the design and appearance of their battle cars, and it’s understandable when you’re going to be spending hours and hours in the vehicle. 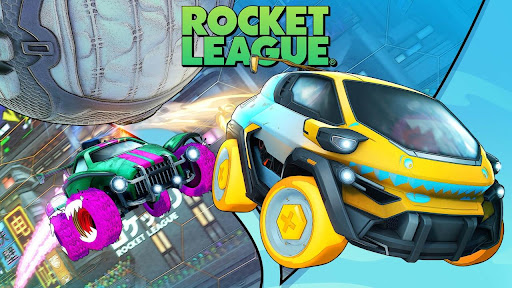 Getting your dream car design, on the other hand, maybe prohibitively expensive for the majority of people. We will therefore discuss how you can improve your Rocket League inventory using our tips and tricks in this Rocket League guide. This guide is intended for traders who are just getting started. These aren’t necessarily new players, but rather people who want to get their feet wet in the Rocket League trading world.

What is Rocket League Trading and how does it work?

To put it another way, the best way I can describe trading in Rocket League is that it is the act of giving an item to another player in exchange for another item. Rocket League credits are the most commonly used currency between trades because the value of each and every individual item is determined by the number of credits available.

Let’s start with the Rocket League currency, which is currently being discussed. Prior to 2020, the most important factor in determining the price of all items was the key. Each item would be valued in terms of how many keys it was worth, rather than its monetary value.

However, at the end of 2019, a significant update was released. Keys and crates have been removed from the game as part of this latest update. Instead, blueprints and credits were added to the repertoire to buy Rocket League Items. Crates are being replaced with blueprints, and keys are being replaced with credits. Customers benefitted from more stable and secure transactions as a result of the removal of the ‘gambling’ aspect of players not knowing what they were going to win when they opened the boxes.

Items are priced according to their value.

There are literally thousands of Rocket League items to choose from. Because of this, it is nearly impossible to memorize the prices of every item. This is especially true if you’re just getting started!

Having a thorough understanding of the value of each item is critical to ensuring that you get the best deal possible on each trade.

With the help of RL Insider, you can find out the monetary value of any item in the game in terms of credits. This website is accessible to players on PC, PlayStation Network, and Xbox. The RL Insider bot can be installed on a Discord server, saving you valuable time whenever your character needs to check the value of an item.

Pysonix definitely did an excellent job of limiting the number of scams that were carried out in the community. Previously, one player would have to go first and place all of their faith in the other player to honor their promises of returning their money. As a result, many people walked away with the items they desired without following through on the transaction.

Now, both players must trade at the same time and accept each other’s offers before the trade can be finalized and completed.

So, what are the chances that you will be scammed in the future? Do not click on any links that are sent to you by others! No matter how legitimate the link appears to be.

In addition, I would recommend the use of a middleman in this situation. A middleman is only required if you’re dealing with something tangible, such as money. What is the procedure? Let’s say you’re looking for 10,000 credits and you’re willing to pay £50 for them. The person in possession of the 10,000 credits would hand them over to the middleman, who would then confirm that they had received the credits on their behalf. You would then pay the £50 to the middleman, who would then issue you with the credits. These individuals are reputable traders on whom you can rely. Discord servers with them can be found in a variety of locations, or by simply searching for one on Google