Casinos are a favorite theme for Hollywood movies since they combine the excitement of the big screen with the thrills experienced on the lobbies in Vegas and elsewhere. It’s no surprise, therefore, that there are so many iconic movies centered around this genre. Here are some of the best for you to watch.

The 007 classic, which more recently featured actor Daniel Craig, brought the world of high stakes and big risks to audiences around the world. Bong is playing for far more than big wins in this dramatic representation of the world’s best-known spy. “Casino Royale” centers around the Hold’em table at the Le Casino Royale in Montenegro.

Both versions of the movie feature the mysterious and sophisticated Mr Bond who is seeking to stop the dangerous Le Chiffre and his global crime empire. It includes just the right amount of violence, psychology, and nudity to keep viewers watching and entertained. It’s unlikely that you will learn how to play Poker by watching the movie, but you can certainly learn a thing of two about keeping a proper Poker face. 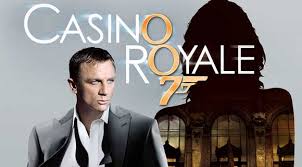 “Mississippi Grind” introduces you to two casino players, Gerry and Curtis. Both Hold’em players, the duo decided to go on a road trip playing at casinos along the way. Their final goal is winning a high stakes Poker tournament in New Orleans.

Just like the road trip itself, what peaks the audience’s interest is not the result of each game, but rather the risky behaviour and hold-your-breath moments scattered throughout it.

The movie accurately depicts the gambler’s psychology and proved to be popular in various countries, including in Canada, where Curtis’ actor, Ryan Reynolds hails from. Whilst the movie might have not directly influenced the growth of casinos online in Canada, it still makes the nation proud of its global superstar. 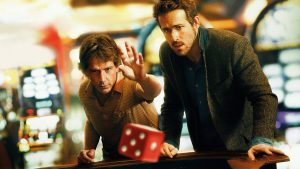 A lighter movie about casinos is featured on “The Hangover” and its sequels. Based on the well-known saying “what happens in Vegas, stays in Vegas”, the original movie is set in the gambling capital during a wild bachelor party.

Waking up with no recollection of what happened the night before and no idea where Doug, the bachelor, is, Phil, Stu, and Alan must retrace their steps and find their friend. From a tiger in the bedroom to a missing tooth and an extra wedding ring, these guys have little time to play at the casino’s tables. 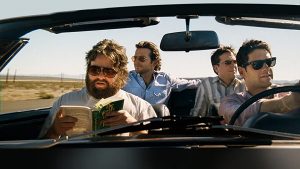 “Rain Man” is a cult classic which is based on the technique of card counting in Blackjack. Featuring Tom Cruise and Dustin Hoffman, the movie contemplates the legality of this practice in various casinos. The two main actors are brothers, with Hoffman’s character being autistic but extremely able to count cards effectively.

At first, the brothers register one win after another, until casino owners get suspicious and seek revenge. The movie is a great way for audience members to understand what card counting is whilst also providing thrilling cinema moments provided by top-tier actors. 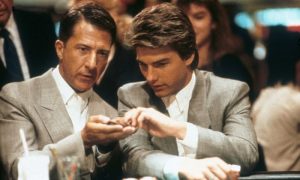