Most YouTube content creators are uploading videos even on 4k these days, which give an extra polished feel to the video, which is better than 1080p. Rendering a basic 1080p video from an average PC with the low-end specification can fetch up to more than 50mins of time.

Hence you need a computer with a higher specification to meet those needs. Now if you want to build your CPU using PC Builder with the perfect components, then the article might help you.

If you are a tech freak and want the best Motherboard for video editing then read reviews on our tested Motherboards on thebestmotherboard.

The motherboard is in the centermost part of the CPU, and it is important be-cause, without it, you cannot connect different components inside the CPU. Before buying a motherboard, check its compatibility with the processor, and if it has necessary sockets and 3.0 USB ports.

The presence of an integrated sound card and SATA connection must be necessary. The motherboard must use the same sockets as the processors. The Intel I-series processors support LGA 1151 socket, which means the motherboard has to support the same.

The CPU needs a processor to function, which holds the OS, launches the application, and does logical tasks. So for high standard video editing, you need a processor that will be rapid enough to handle such tasks.

Before buying a processor, you must know that higher clock speeds and cores are always better to handle the task. If you want to save some more and sacrifice speed, then you must at least choose processors like Intel’s i5 10th Gen and AMD’s Rzyen 5 4500u.

Now if you want a faster one or the most superior one then choose one be-tween Intel i9 and AMD’s Ryzen 9 processors. See why you need good processors for video editing. 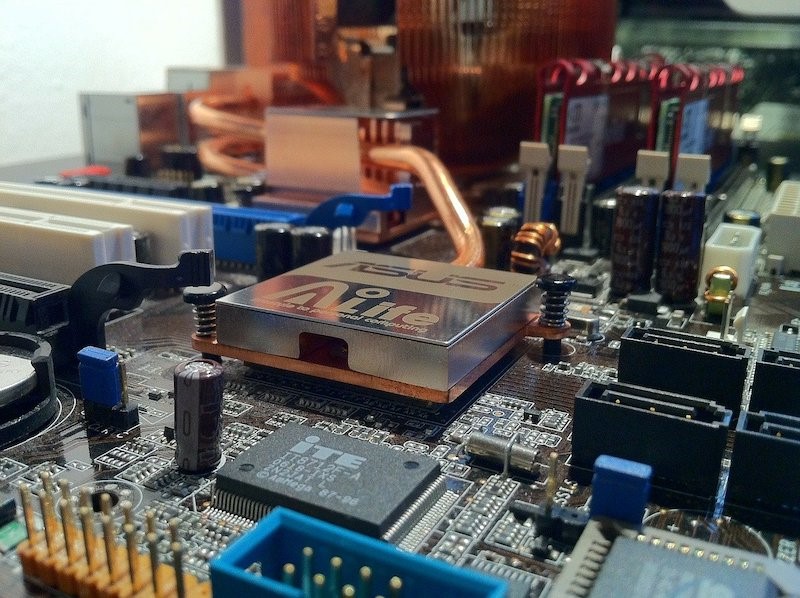 So, talking about GPU, you must know both of them are related to each other while performing graphics-intensive tasks. If you are using a higher-end pro-cessor like i7 or Ryzen 7 and above, you do not need a GPU.

But using a GPU releases the stress on your CPU, making your computer re-main cooler and perform faster.

However, if you want to invest in some lower budget graphics card, then con-sider the GTX 1050 by Nvidia. And if you want to go on a costlier side then buy GTX 1080Ti and Titan Xp, both from Nvidia.

RAM is the temporary data storage, where the system will store data to access those programs instantly. The higher the ram, the better the computer will function. However, VRAM can also be utilized as they will store data about the graphics.

VRAM makes it possible to show 3D and D images simultaneously. Computer experts have said that it is ideal to use 16GB RAM for 4k editing which functions more smoothly or a minimum of 8GB RAM. However, 4GB ram is usable for 1080p video editing and rendering.

RAM comes in different variants, i.e. with DDR2, DDR3, and DDR4 and even in several reading speeds and latency.

The storage of a computer comes in two types, i.e. HDD and SSD. The HDDs are spinning discs that do the job of writing and reading data. The SSD has memory chips to do a similar job and storing data; however, they are 5x faster and expensive.

However, you should remember that for editing 4k video, the spin speed should be 7200 rpm for a fluid experience. SSDs will decrease the booting time and application opening time, as they are faster than HDD.

So, we hope this article has helped you in gaining facts about what should be the perfect components to arrange to develop both the ultimate and the aver-age video editing experience.