CBS has unveiled its primetime programming plans next fall should the season start on time (which is a large question mark given the current production shut-down due to COVID-19). The plan is for two new series this fall and three in total for the season (comedy “B Positive” and the reboot of “The Equalizer” this fall with Queen Latifah; and “Clarice,” based on theatrical “The Silence of the Lambs,” in midseason). A total of 23 returning shows will populate the fall season, with crime solver “S.W.A.T.” and perennial benchwarmer “Undercover Boss” returning in midseason.

“We’re excited to come off another season as America’s Most Watched Network and, despite the obvious challenges around us, put together another winning lineup,” said Kelly Kahl, President, CBS Entertainment. “Next season, we’ll have five breakout returning freshman series and three compelling new shows placed into a schedule with the incredible stability for which CBS is so well known. Couple that with our broadcast of ‘Super Bowl LV’ next February, and CBS is simply loaded with a lineup that will clearly appeal to both our advertising partners and our loyal viewers.”

Only three nights of the week on CBS this fall — Wednesday, Thursday and Sunday — will feature changes. “The Amazing Race,” which was originally slated to air this season, will be held back until the fall out of veteran “Survivor” and into “SEAL Team” (now in the Wednesday 10 p.m. hour). New comedy “B Positive” will follow “Young Sheldon” in the Thursday 8:30 p.m. half-hour, while former time period occupant “The Unicorn” will move to 9:30 p.m. out of “Mom” (and into returning drama “Evil”). “The Equalizer” reboot, meanwhile, will follow granddaddy newsmagazine “60 Minutes” on Sunday.

Not returning on CBS next season are sitcoms “Carol’s Second Act” and “Broke,” and family drama “God Friended Me.”

What follows is the planned primetime line-up for CBS this fall (with new shows in bold):

“B Positive”
“B Positive” is from award-winning executive producer, writer and creator Chuck Lorre and Marco Pennette, and stars Emmy Award nominee Thomas Middleditch (“Silicon Valley”) and Tony Award winner Annaleigh Ashford (“Masters of Sex”). The comedy revolves around Drew (Middleditch), a therapist and newly divorced dad who is faced with finding a kidney donor when he runs into Gina (Ashford), a rough-around-the-edges woman from his past who volunteers her own. Together, they form an unlikely and life-affirming friendship as they begin a journey that will forever impact both of their lives. Chuck Lorre and Marco Pennette are executive producers for Warner Bros. Television and Chuck Lorre Productions, Inc. James Burrows directed the pilot from a script by Pennette. 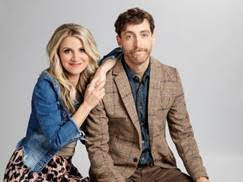 “The Equalizer”
“The Equalizer” is a reimagining of the classic series starring Academy Award nominee and multi-hyphenate Queen Latifah (“Chicago,” “Bessie”) as Robyn McCall, an enigmatic woman with a mysterious background who uses her extensive skills to help those with nowhere else to turn. McCall presents to most as an average single mom who is quietly raising her teenage daughter. But to a trusted few, she is The Equalizer – an anonymous guardian angel and defender of the downtrodden, who’s also dogged in her pursuit of personal redemption. Andrew Marlowe, Terri Miller, Dana Owens (Queen Latifah), John Davis, John Fox, Debra Martin Chase, Richard Lindheim (co-creator of the original “Equalizer” TV series that ran on CBS for four seasons), Shakim Compere and Liz Friedlander (pilot only) are executive producers for Universal Television, a division of NBCUniversal Content Studios, in association with CBS Television Studios. Friedlander will direct the pilot episode from a script by Marlowe and Miller. 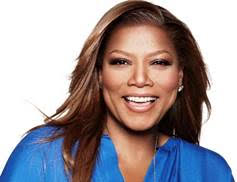 “Clarice” (midseason)
“Clarice,” from acclaimed executive producers Alex Kurtzman and Jenny Lumet, and starring Rebecca Breeds (“Pretty Little Liars”) in the title role, is a deep dive into the untold personal story of FBI Agent Clarice Starling as she returns to the field in 1993, six months after the events of “The Silence of the Lambs.” Brilliant and vulnerable, Clarice’s bravery gives her an inner light that draws monsters and madmen to her. However, her complex psychological makeup that comes from a challenging childhood empowers her to begin to find her voice while working in a man’s world, as well as escape the family secrets that have haunted her throughout her life. Alex Kurtzman, Jenny Lumet, Elizabeth J.B. Klaviter and Heather Kadin are executive producers for MGM Television and CBS Television Studios in association with Secret Hideout. Aaron Baiers is a co-executive producer. Maja Vrvilo will direct the pilot episode from a script by Lumet and Kurtzman. 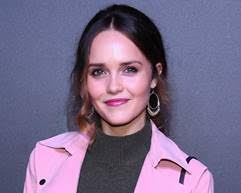