The 2003 WSOP main event champion is Chris Moneymaker, who goes by that name in real life. The World Series of Poker and online poker craze are heavily attributed to him.

Moneymaker was a perfect example of a typical poker player full of dreams but lacking in resources and experience.

The truth is that, out of all the WSOP winners, Chris entered the tournament with little prior expertise in poker live and left as the world champion. Moneymaker, the first of the three Poker Stars Champions, turned a meager $39 satellite at the online poker room into a $2.5 million Main Event victory over a then-record 839 competitors.

Chris Moneymaker did the Impossible at WSOP

Because the pros had previously dominated the sport, his WSOP victory was significant. Chris appeared to TV viewers to be a typical man, just like them.

Chris’ victory in the world’s largest poker tournament sparked a flood of amateur players who pondered, “If Moneymaker can do it, why can’t I?”

His victory was a significant factor in the influx of new poker players drawn to the game (especially online games) and harbored fantasies of poker fame and enormous winnings.

Online poker has gained massive societal clout, and the WSOP has developed into an absolute spectacle with sizeable fields and prize pools.

Chris deserves much praise for his achievements. He describes feeling a mix of exhilaration and self-consciousness during his first WSOP game, but not nervousness. 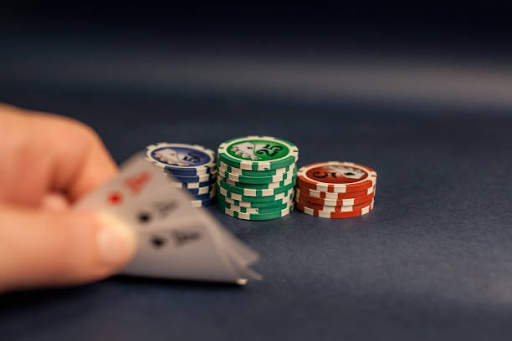 It was, after all, his first live competition. He maintained his composure for the first several days until he met Johnny. Johnny Chan was one of Chris’ poker heroes, possibly since his Rounders days.

When Chan had to tell Chris that it was his turn in a hand because he was taking too long on Day 3 of the Main Event, Chris was embarrassed to have made it to an ESPN-featured table.

Of course, Johnny wins the competition, his success highlighted by a stunning bluff against seasoned veteran Sammy Farha at the final table.

He played an excellent poker week and is a talented player, even though everyone thought he was just some lucky player at the right time. Since his victory, Moneymaker has performed admirably on the big tournament circuit, reaching the last two tables in three major competitions in 2004.

He lost against Eric Seidel in the championship round of the NBC National Heads Up Championship in 2011, coming in second place. As of 2016, his total live earnings were $3,600,000.

Chris Moneymaker, if given a chance, most likely would have been a good tournament player in his own right. He had his chance, thanks to the 2003 WSOP. He seems like a soft-spoken average person who is taking advantage of his notoriety via interviews and TV coverage thanks to his big win.

Chris Moneymaker and Life After His Victory

Moneymaker is the man who significantly impacted poker’s global growth and witnessed the spectacle from the front row as the game grew beyond all expectations. 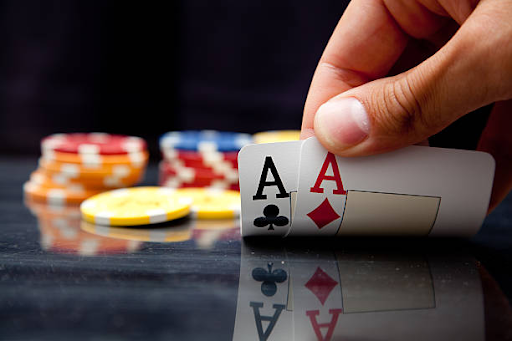 Poker has undergone significant transformation since 2003, and Moneymaker is fully aware of this.

Nowadays, winning tournaments is considerably more challenging than in the early 2000s. The average player has significantly improved, making it more and more difficult to keep up.

It takes a lot of time and effort to stay ahead of the curve, and with all your other daily responsibilities, it can be challenging to learn and improve one’s game constantly.

Chris, though, asserts that he is now doing the best he can to correct his ways and pick up new skills. He might not have endless hours dedicated to poker alone, but he is undoubtedly not giving up on the game yet.

There’s no denying Moneymaker’s overall influence on poker, so it shouldn’t have come as a surprise when he was nominated for the Poker Hall of Fame in 2016. His win inspired many poker players to continue playing the game.

While some people were shocked when he wasn’t inducted, others said he didn’t deserve it for a single win, regardless of how significant his victory was for the industry.

Either way, the WSOP champion is okay with it because he has considered himself a happy man for the past few years, and that is all he asks for.

“Whether I make the Poker Hall of Fame or not has no bearing on my life. It would be a great honor, but I don’t need validation from others to make me happy. I’m still recognized today and will go down in poker history either way.”

Are you also one of the many players who wish to play at the World Series of Poker? Play poker at GGPoker, the world’s largest poker room, and get all the experience you can have to be the best at the game.