Are you looking for an intense and creepy movie night? Then look no further than these five best Japanese horror movies! From psychological thrillers to supernatural tales, these films will keep you on the edge of your seat. But beware! These movies are so scary that you’ll want to make sure you have someone to watch them with – don’t watch these Japanese horror movies alone! So grab some popcorn and a friend, settle in, and get ready to be scared.

If you are looking for one of the best Japanese horror movies out there, then The Ring is the perfect film to watch. This 2002 horror classic follows a reporter named Reiko who discovers a cursed videotape that contains a series of horrific images. She and her ex-husband must unravel the mystery behind the tape before their days are numbered.

The Ring has been praised for its intense atmosphere, creepy visuals, and unexpected plot twists. Directed by Hideo Nakata and starring Nanako Matsushima, Hiroyuki Sanada, and Rikiya Otaka, this film has become a staple of the horror genre. It’s a masterful blend of psychological horror and supernatural elements, making it a must-watch for any fan of horror films.

The Grudge is one of the most iconic Japanese horror movies, directed by Takashi Shimizu. The movie follows the story of Kayako Saeki, a Japanese woman cursed with an evil spirit known as Ju-On. After her death, anyone who comes in contact with her cursed house is doomed to suffer a similar fate, with the spirit exacting its revenge.

As per The News Titan this movie follows a group of people who are connected to Kayako’s cursed home and become embroiled in the malevolent power of the curse. In this terrifying horror flick, the audience experiences the characters struggling against the mysterious and deadly force of the grudge.

The movie was an instant hit when it was released in 2004 and has since spawned multiple sequels and remakes. If you’re looking for a truly horrifying Japanese horror movie experience, The Grudge should definitely be on your list. If you’re a fan of Japanese horror movies, you won’t want to miss Dark Water. This psychological thriller was released in 2002 and was directed by Hideo Nakata, who also directed The Ring. The movie stars Hitomi Kuroki, Rio Kanno, and Mirei Oguchi.

The story of Dark Water revolves around a young girl named Ikuko and her mother Yoshimi. The two move into an apartment that Yoshimi can barely afford and soon discover that the building is haunted by the ghost of a young girl.

Throughout the movie, the audience is taken on an emotional rollercoaster as we watch the family deal with the haunting and their struggles with money. We see how the dark water in the basement of the apartment symbolizes the family’s despair and sadness and how they try to come to terms with their situation.

The film has a very slow, methodical pacing and uses sound effects and music to build tension. It also has some very effective jump scares that will keep you on the edge of your seat.

Overall, Dark Water is a great example of modern Japanese horror and is sure to please fans of the genre.

Released in 2001, Pulse is one of the most widely known Japanese horror movies and it has even been remade into an American version. Directed by Kiyoshi Kurosawa, the movie follows a group of tech-savvy young people who use the internet to investigate a website which allows its visitors to connect with the supernatural world.

The movie is incredibly unsettling and relies heavily on psychological horror rather than gore or jump scares. It’s a slow-burn that builds up suspense as we explore themes of isolation, alienation, and death. The ending is especially haunting as the characters must confront their mortality and the fragility of life.

This creepy cult classic is definitely worth watching if you’re looking for a good scare. Just make sure you don’t watch it alone!

One Missed Call is one of the most iconic Japanese horror movies and it is certainly one of the best. The movie follows a group of people who start receiving calls from their future selves, warning them of their impending deaths. It stars actress Kazue Fukiishi, who has to investigate the mysterious phenomenon before it is too late.

The movie is one of the first to popularize the trope of cursed technology and its implications on our lives. The terror is heightened by the fact that the characters’ fates seem to be sealed, with only limited ways to save themselves. As they attempt to outrun their destiny, they find themselves being stalked by a ghostly figure whose face we never see.

The movie was a huge success upon its release and still remains a classic in the horror genre. Its influences can be seen in numerous movies and TV shows to this day. If you are a fan of horror movies, then you should definitely not miss One Missed Call. 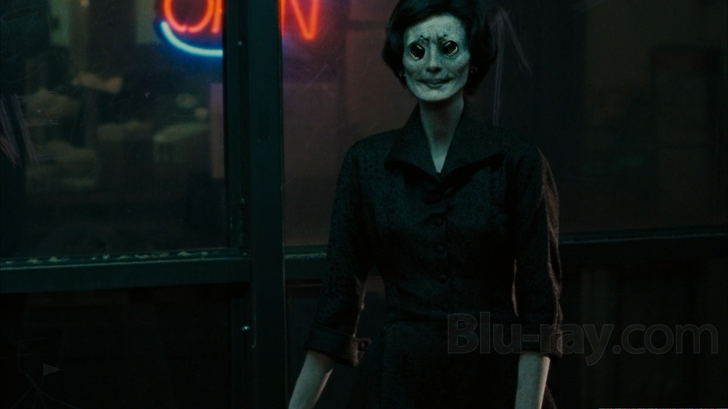