The stability of staking rewards makes a lot of people consider locking their coins up, especially when it comes to the network with the second-largest market capitalization — Ethereum. 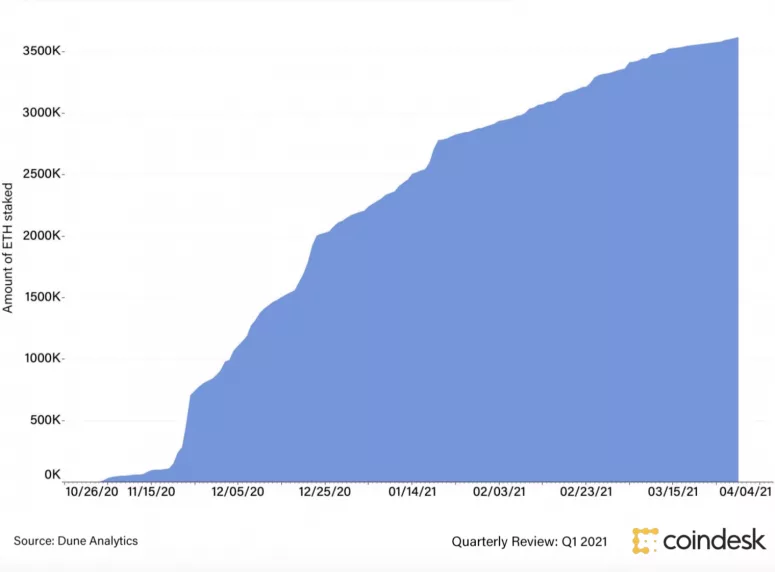 At the moment, the value of staked ETH is over $9 billion and counting. If you want to join the bandwagon, keep reading to know more about how ETH 2.0 staking works, if it’s worth getting into, and how to get started. Also check out 私鑰以太坊訪問.

First things first, you need to understand the difference between Proof-of-Work and Proof-of-Stake.

For Ethereum, moving from PoW to PoS is a fundamental shift, with undeniable benefits.

Firstly, PoS promotes resource efficiency by moving from using energy as a tool for legitimacy control.

Secondly, proof-of-stake is more accessible since there’s no need to buy high-level hardware (as is the case for PoW miners).

Thirdly, PoS comes with heightened security — 51%-attacks are unlikely even on PoW blockchains but, on PoS, they make even less sense.

Not only it’s hard to have enough resources to outbuy half of the community — as you buy tokens, their price goes up making getting new ones ridiculously expensive. If someone does control the network, there’s little incentive to jeopardize it since that would cause prices to dwindle and crash an attacker’s portfolio.

Will Ethereum Prices Go Up After Staking Release?

Now that we have over $9 billion worth of Ethereum locked up until the launch of ETH 2.0, the community can’t help but wonder how the market will react once these assets are back in circulation.

By the time Ethereum 2.0 is released, it’s estimated up to 30% of the total ether supply will be locked and unmovable. Thus, a huge fraction of ETH will become unusable on the blockchain, reducing coin velocity (the rate at which currencies are used in the economy) and leading to the risk of negative price fluctuations.

On the other hand, a small liquid supply of ETH before and right after the release of ETH 2.0. could increase the overall value of the token, causing prices to go up.

Besides, the successful launch of the update will increase the adoption rate for Ethereum, making it attractive for investors and propelling the growth of ETH prices.

“To stake or not to stake?” is not a straightforward question. On the one hand, there’s the benefit of lucrative and stable rewards — on the other, risks driven by uncertainty (e.g. the development team can push the release timeline further) and illiquidity of staked assets.

To make an informed decision on staking, let’s look at the opportunities and risks that come with it.

Staking is a worthwhile investment because of:

Staking is risky because of:

Before making a final decision, be sure to weigh the benefits and shortcomings of staking carefully. It’s up to individual users whether they want to commit to the stability of ETH staking or try their luck in newer, less acclaimed but potentially higher-profit projects.

How to Participate in ETH 2.0 Staking?

Depending on how much ether you are willing to stake, there are two approaches to ETH staking.

Stake 32 or more ETH as a solo validator

If you want to claim full rewards and are ready to run a node 24/7, you can become a solo validator. The minimal amount validators need to lock up is 32 ETH.

Stake less than 32 ETH in pools

If you don’t have 32 ether tokens or don’t want to run validator software 24/7 on your own, staking via a pool is a viable alternative. Staking-as-a-service providers like Redot allow locking up as little as 0.01 ETH and get rewards.

How to stake ETH on Redot:

Staking Ethereum is both a powerful contribution to the network and a lucrative investment. By depositing ETH in the early stages of ETH 2.0 development, you can join the crowd of early investors and have higher odds of selection as a block validator.

On Redot, individuals and institutions can stake ETH with no fees. The platform keeps your assets secure on a deep cold wallet and supports users with a redundant infrastructure that runs 24/7.

To start staking, create a Redot account. If you already have one, stake ETH in just a few clicks!