The purchase of an electric bicycle is often motivated by a discovery, a test, even a quick one, which does not leave you indifferent. We can therefore see the possibilities offered by this means of transport: more distance, on more difficult routes, with more regularity, and by carrying more things. It’s good to start with a real-world test; in fact, the choice of an electrically-assisted bicycle is first and foremost defined by the use for which it is intended. Once the idea has been validated, and in order to get the most out of it, it is important to direct your choice towards an electrically-assisted bicycle that fully corresponds to its use, while taking into account that it will evolve. In fact, since the electric bicycle can cover greater distances with the same effort, we find ourselves using it much more often than a traditional bicycle. The price of the electric bike will also impact your choice. Today, you can easily find wholesale electric bikes with just a few clicks. 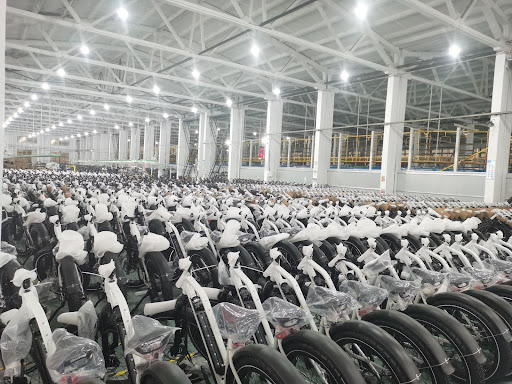 What is an electric-assist bicycle?

An electrically assisted bicycle is first and foremost a bicycle. An ebike cannot work if you do not pedal on it. Electric assistance accompanies pedaling, in order to give more power to the effort already made by the cyclist. This assistance is dosed according to the level chosen by the user, by the effort he is providing, and by the intrinsic parameters of the engine.

It is the assistance that is electric, not the bicycle or the cyclist.

The electric bicycle is not new. The first prototypes were designed before the Tour de France was created. Some artisans made them in the 1970s and some Asian countries have been using this mode of transportation en masse for 20 years now.

Its shape and utility have evolved with technological developments and cyclists’ habits, but the philosophy remains the same: anyone can ride an electric bicycle.

Anatomy of an electric bicycle

The electric bicycle represents a significant budget. It is important to understand what type of material we are going to focus on, and how it was designed, manufactured, assembled. Many parameters were taken into account to design it.

Certain components of an electrically assisted bicycle determine its comfort and behavior:

The type of engine

The quality of an electrically-assisted bicycle is reflected in the use of particular materials and technologies from its design which give indications on the robustness, behavior, quality and lifespan of the assembly.

How to choose an electrically assisted bicycle?

The choice of an electrically assisted bicycle is first and foremost defined by the use for which it is intended. But also by the budget that can be allocated to it, during the purchase and during its use. An ebike can be used for leisure, sport, personal or professional trips.These parameters lead to important trade-offs on the quality, comfort and solidity of the latter.

When purchasing, attention should therefore be paid to:

The use for which the bicycle is intended

The quality of manufacture and equipment

The budget you want to allocate

The service expected from the seller

What are the types of electric bikes?

Each bike has its specificity, and its use. If you want to make different uses of your electric bike, such as urban journeys and outings on paths, choices in terms of equipment are essential. Depending on its intended use, an authorized store will always manage to refer to a model with a compromise corresponding to personal use.