It’s hit-or-miss when it comes to video game adaptations of Hollywood’s most popular TV shows. There are games that were created only for the purpose of reproducing the on-screen plot, and others that have a gaming twist as an added bonus.

A few notable success stories managed to find the perfect balance between the storyline and enjoyable gameplay, and we intend to give you the low down on which games you should have a go at playing.

Here are some of the gaming industry’s top TV-based games for you to enjoy starting with an old favorite, The Simpsons.

Does it get any better than a GTA/Simpsons hybrid? Players can explore this game as several well-known characters, with options including Homer, Bart, Lisa, Marge and Apu.

The game revolves around the strange happenings in Springfield and requires players to drive around the open world, exploring the goings-on of this well-known fictional town. The gameplay is excellent and can be likened to what you may imagine a parody of GTA to be.

Fourth times a charm with this series-adapted game idea. The game is based on the fifth season of the famous TV show Buffy The Vampire Slayer and allows players to control characters from the show and take on the notorious vampires that the show is known for. Gamers can now enjoy a multiplayer mode, playing as Xander or Willow alongside Buffy.

The game itself has decent graphics, good sound and a good storyline consisting of a juicy plot with plenty of vampires and evil beings to keep you occupied. 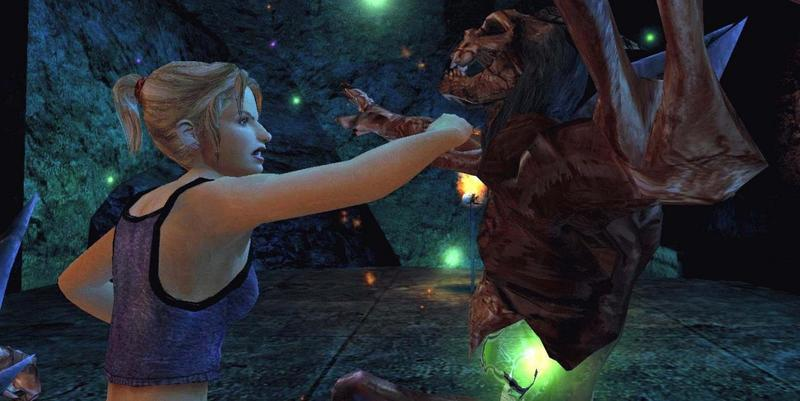 Telltale Games have won the title of best series adaptation for the Game of Thrones franchise when it comes to this game. The game plot is run just like the series and has players following the storyline, episode to episode, with plenty of gore.

Players can score GOT points for staying close to the World of Westeros and are required to make the decisions in the game that will determine the fate of their character and anyone else involved.

The voice-overs have been done by the actors from the well-known series for an added element of authenticity.

The Walking Dead: The Game

The fans love yet another success story for Telltale Games, their adaptation of the series. This thrilling game gets you as close to a zombie apocalypse as you’ll hopefully ever get and focuses on both the character and story development.

Every action or choice that you make will result in an alternate outcome for the storyline. The writing of the game is spot-on with a good balance of comic relief and seriousness. This game will have you hooked, and the emotional storytelling will have you fully invested in the story of Lee and Clementine.

The Adventures Of Batman & Robin

Of course, this successful franchise would have a video game, and luckily, Konami managed to pull it off. Players must take control of the Dark Knight himself and navigate their way through the various levels based on both the film and TV series.

The game features outstanding graphics and sound and incorporates tricky puzzles players must solve to progress. This game brings back the fun of the Batman story and has plenty of action and adventure to satisfy the fans, straying from Christian Bale’s recent, darker portrayal of the well-known character.

No, not the famous Tom Cruise film; we’re talking about the hugely successful TV show. This game is based on the 90s remake of the popular 70s TV show. Players must switch between the show’s three main characters and travel the world, rescuing scientists who have been kidnapped.

The mission impossible game is not for the faint-hearted and has plenty of levels and challenges to keep you busy with decent enough graphics and sound for the time in which it came from. Mission: Impossible is both an enjoyable and challenging game to play.

This adaptation of the well-known MTV series is surprisingly good. The game came out in 1994 and pays homage to the classic graphical quality of the popular series, and successfully encapsulates the personality of the two sniggering slackers many have grown to love.

Players can choose either Beavis or Butt-Head and try to find the lost tickets for the GWAR concert by solving puzzles. The game is relatively simple, but the animation, voice acting and music make it far more enjoyable.

Whatever your favorite show, there’s probably a game to go with it, but there’s no guarantee that it will be any good. The online gaming industry has seen its fair share of failures so make sure you read the reviews before you buy the game and potentially ruin your favorite show.