These days, people use photo editing tools like the Face Swap apps to post photos of themselves. A Russian firm, Wireless Lab, developed this AI-powered photo and video editing tool. With its neural network, it renders highly realistic makeovers of human faces. It has become a viral photo editing app in just a short time. Users can take pictures in which they look younger or older.

Many apps have incorporated this trend to cash in on its popularity, and users can play with hairstyles, tattoos, beards, and even flip their gender.

Face Swap Apps: What are they?

There are a number of trending apps that can show what people look like when they’re older, or you can even tune your face into an image or video of a celebrity. Celebrity images and videos from various movies are trending with these apps these days, and they deliver instant results because they work pretty quickly.

How do Face Swap Apps work?

Face swapping apps stay on trend with fast and accurate results. Younger people use it to share old pictures or even fit themselves into clips from movies. In addition to Augmented Reality, Face Morph apps are popular for their ability to map & recognize faces better; thus, the output is quite accurate.

Aside from that, there are artificial intelligence & machine learning that allow apps to perform their core algorithm and generate results. For example, if you want to launch your Face Swap app, you need the best AR developers. It is a good idea to partner with a reputable app development company so you can get the best results.

But if you’re not into any mood of spending money, you can try these free swap apps. 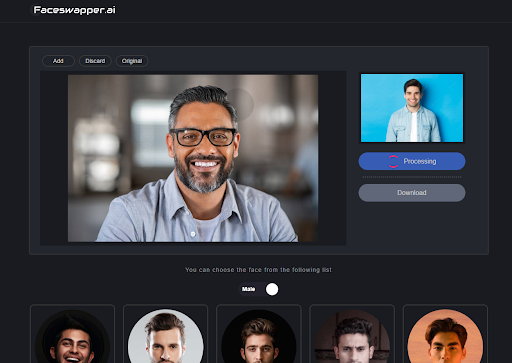 Among all the web-based AI, Face Swapper comes out on top in terms of accuracy in swapping faces with given presets of male and female models. However, you can also add your or your friend’s image with which you want to swap with.

Reface lets you swap your face with celebrities on videos and GIFs. Formerly known as Doublicat, Reface is a viral app that lets you make quirky face swaps. If you’ve ever wondered what it would be like to see your face on a blockbuster movie poster, Reface is your perfect companion. This app makes high-quality videos and is mainly dedicated to video face swaps.

With the subscription version, the app removes all the watermarks from videos, eliminates advertisements, and unlocks unlimited access to the app.

Although this app lacks the face-swapping feature, it can show how a person looks if they are a different gender, have a broader smile, or are older or younger. Users must upgrade to the pro version to get access to all of the app’s options, since the free version only offers essential beauty tools. 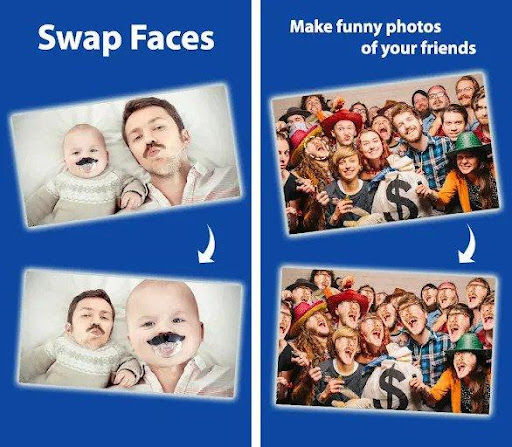 With Cupace, users can take the Faces of anyone in an image and quickly paste them onto anyone else’s Face using the Paste Face feature. Cupace has an excellent photo editing app that is easy to use and extremely easy to use. In addition, Cupace is capable of manually removing faces from any image, so this feature works magically.

Using Cupace, you can cut a face from a photo, choose an image, and then paste the face onto that image. To simplify the process, the app allows magnifying into the picture, making the face cutout entirely accurate. Once a Face is cropped, it is saved in Cupace, from where it can be pasted onto any number of images.

Microsoft’s face-swapping app works across multiple platforms, so you just have to take a selfie, find a celebrity picture, and it’ll do the rest. With the Face Swap app, users can swap multiple faces in a single photo. It might not always produce the ideal image, so you’ll have to keep trying until it does.

With its Augmented Reality technology and accurate face mapping data, this app is the best alternative to FaceApp for users who want to see an older version of themselves. With Oldify, you can record videos of any activity you like like an older man with its excellent animated functionality. The app’s algorithms precisely support the entire system without any AI technology and it provides live results in the form of images, videos, and other formats.

In order to adjust and swap faces with perfection, you should choose FacePlay. Using FacePlay works magic when adjusting or exchanging one’s face with another. Moreover, the app has a three-day trial period; after that, users must purchase a paid version. Even the borders are brilliantly covered; therefore, the results will shock anyone.

The Face offers brilliant photo and video capture options along with the ability to swap faces, making Snapchat one of the most significant social networks on the planet. When users click a photo/video, they can simply place their finger over the area where the Face is positioned, and several faces appear at the bottom of the screen.

To take a picture or create your next social media video, locate the Face Swap icon and tap on it. 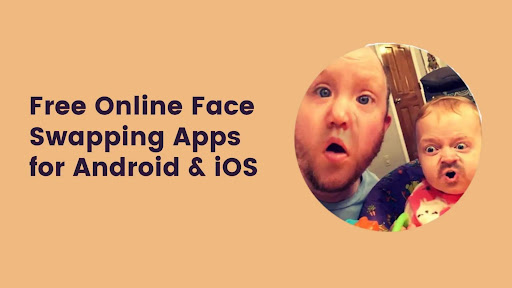 There are obvious reasons why Face swapping online in videos can be challenging for consumer apps. For those seeking a funny twist with their videos that uses a face swap-free feature, FaceMagic is a good choice. In this app, users can upload a selfie and use the feature. It, however, works amazingly when it comes to face-swapping on videos and offers a variety of effects that can be selected.

In addition to beautifying and filtering pictures, this app also allows you to swap faces. After launching the app, click the Smiley icon and select the Face Swap option. The app, however, works only in real time; therefore, two people must be present in the shot. When you enable the face swap option, you begin taking pictures or recording videos, and the face will be automatically swapped.

The number of face-swapping apps out there is staggering, and they all have their own unique features; thus, picking just one is hard. Among the best apps for swapping faces are Face Swapper and Cupace, both of which offer presets with high accuracy. A similar tool for swapping faces in videos is Reface, which usually comes with presets of actors and actresses.

In this article, we have compiled the best Face Swap Apps for Android and iOS that offer face swap online features for photo editing and video-making.

If this article turns out to be helpful for you, give it a thumbs up 🙂