In God of War III, players must battle bosses in nearly every chapter and some of them take more work to kill than others. You intend to download God of War III and want to learn more about bosses that may give you a hard time? In that case, you have come to the right place. This article could show you all the information about difficult bosses in the game as well as the way to defeat them. 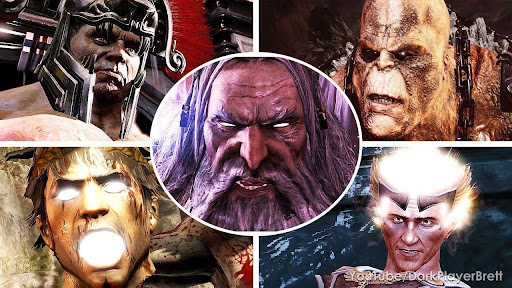 Stick To Cyclone of Chaos

While spamming Cyclone of Chaos, remember to keep an eye out for prompts and obey their directions. If you see a prompt, it means that Hermes is about to attack your head. Assuming that you manage to act in time, you should be able to dodge and launch counterattacks.

Take Advantage Of Army of Sparta

Hercules as well as his minions could overwhelm you if you don’t have a sound strategy. . Your best bet is to use Army of Sparta from time to time to thin out the horde and concentrate on Hercules. Of course, if possible, you should get Hercules caught in the attack area. Once the number of minions drops, drop as many heavy combos as possible on Hercules.

Soon, Hercules would proceed to grab you and charge towards a wall. A prompt is going to appear and you must mash the button that appears on it. As you mash the button, steer Hercules into a spike wall using the analog stick. Each time you impale Hercules, he should lose some pieces of armor and drop health orbs for you. Repeat the process two more times.

The moment the cut-scene ends, Cronos will attempt to squash you between his fingers. A prompt should appear so hit the indicated button to overpower the titan and escape the grasp. Next, charge a burst of light ( R2 + Triangle) then release to blind the titan using the head of Helios.

During the trip to the Cronos’s shoulder, kill all enemies until a Cyclops appears from a scar in the same. Fight the Cyclops as you see fit and if you struggle, resort to magic. An open wound is going to come into view and you must attack it to weaken Cronos.

After the battle starts, the scorpion will snatch you up using its pincers and to escape, press R1+ L1. Once you’ve escaped the grasp of the Scorpion, escape to the side and target the Onyx shielding on the three legs. Ferocious Bite (L1 + Circle) should be handy here so don’t hesitate to abuse it. Stand between two legs, jump up and execute Ferocious Bite several times on the way down to crush the Onyx layers.

Use Brutal Kills On Small Scorpions

Over the course of the battle, Scorpion should run away occasionally and leave behind small scorpions. Press Circle to brutal kill small scorpions and refill your health bar. As soon as the Scorpion comes back, target Onyx-encrusted legs again. When the Scorpion collapses, use the Nemean rage to deal damage and follow button sequences on the prompts to finish the creature.

Zeus may attack you in a couple of ways but his three-punch combo could kill you in a heartbeat. The key to parrying the combo is the Golden Fleece ( L1 +  Square). If you mess up, activate Army of Sparta. Also, if you nail the timing, double-jump over Zeus and hit him from the back as he executes his three-punch combo.

Stay close to Zeus, watch out for telltale signs of attacks and prepare your assault accordingly. Once you reach the halfway point of the battle, a prompt should appear and you could refill your health if you mash the button correctly. In the last phase of the battle, it’s hard to evade attacks from Zeus so feel free to use Army of Sparta for a period of invulnerability.

You can also look at this video which explain about these bosses: