In recent days, cryptocurrency quotes have been steadily rising. Bitcoin has surpassed and, more crucially, consolidated at $50,000, indicating to investors that the sky is not the limit. Experts, on the other hand, are hesitant to buy digital money at the current exchange rate because there is a risk that all faith in the climb will evaporate, plunging the market into the “red zone” for an extended period of time.

And he found himself in just such a situation following August’s high asset rise.

Altcoins raised their share of the market to 33% in early September, up from 22% a month earlier. The indicator’s value is actually the same as it was in May, when the crypto market crashed.

The recovery of bitcoin to $50,000 in September was made possible by the greatest players’ collection of coins, which was reflected in blockchain statistics.

These activities were able to absorb the sales of retail investors in May-June, who incurred excessive derivatives risk and were obliged to go through painful position liquidations due to pressure from Chinese authorities and concerns of US financial regulators tightening their rhetoric.

The stock market is rising.

According to Aaron Chomsky, the chairman of the ICB Fund’s investment department, these sales had come to naught by the end of July, changing the trend from negative to upward.

“The rapid transfer of coins from exchange addresses to non-custodial wallets implies that so-called whales are accumulating coins and concentrating on long-term storage. They may be motivated to do so by the prospect of a rise in bitcoin users and/or distrust of the old banking system, according to Aaron Chomsky.

Expectations of the approval of the Bitcoin ETF in the United States after the SEC’s position in this regard was clarified, Elon Musk’s statement about the absence of plans by Tesla and SpaceX to get rid of the first cryptocurrency, as well as about the possible return of the option to pay for electric vehicles with bitcoins, a boom DeFi and NFT, as well as a boom DeFi and NFT, were among the growth drivers in August. 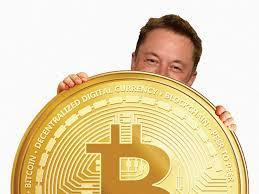 According to Chomsky, the cryptocurrency market has been bolstered by positive mood in the US stock market, with which it has grown its association.

However, in order to make additional progress, bitcoin must break through the psychological barrier of $50,000. “This will be conceivable on the back of poor labor market data in the United States, which might push the Fed’s exit from ultra-loose monetary policy until next year. Otherwise, it will be tough for crypto investors to decide to consolidate above $ 50 thousand at this time, which would open the door to a historic high, ” the analyst predicted.

Participants in the bitcoin market will pay attention to American macroeconomic data this fall. According to Chomsky of the ICB Fund, “it will help us to assess how much the spread of the delta strain has influenced the mood of business and consumers, and how much growth in the labor market has stalled in the face of ongoing high inflation.”

“Scenarios for the Fed’s future actions will be built through the prism of macroeconomic data – will the current consensus change in the form of announcing the tapering of the quantitative easing program at a meeting in September with actual implementation beginning in November-December, or will COVID-19 force this so-called tapering to be postponed for a month-another, ”said the expert. 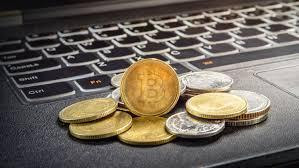 This will determine whether the present upbeat sentiment in all financial markets, including the bitcoin market, can be sustained.

This mood can be explained by the fact that bitcoin began to climb in price when the FRS QE was launched in April 2020 in reaction to the COVID-19 pandemic, reaching a high of about $ 65 thousand a year later. Bloomberg analysts did not rule out the possibility that the long-awaited approval of the Bitcoin ETF could come as early as the end of October, potentially “blowing up” the market – in April, such expectations associated with the new SEC chairman were one of the factors that drove Bitcoin to a new high. However, the US House of Representatives may approve an infrastructure funding package including crypto transaction modifications towards the end of September.

Without changes to the present wording, players in the staking and mining industries may be forced to reduce their activities in the United States. The SEC, which may launch a “crusade” against “unregistered securities,” which can be identified as nearly any asset traded on a cryptocurrency exchange, is not immune to unpleasant surprises.

Waiting for a breakout

From a fundamental standpoint, the surge in the cryptocurrency market is due to long-term investors continuing to accumulate assets in digital money, according to Gleb Kostarev, director of Binance in Eastern Europe.

“The news background has also greatly improved. Tesla is considering resuming the sale of electric vehicles in exchange for bitcoin. MicroStrategy, one of the largest publicly traded bitcoin investors, has announced the purchase of 3,907 bitcoins for $ 177 million in cash, bringing its total bitcoin holdings to 108.9k.

This transaction cost an average of $ 45,294 per digital coin. MicroStrategy bought bitcoins worth $ 2.918 billion in total, at an average price of $ 26.7 thousand, ” he stated.

Furthermore, many investors are returning from holidays, and markets are often busier in the fall.