If you are a gaming fan, maybe you have an old PC, or you do heavy multitasking or if none of them, still once in your life you’ll come to a question about your computer’s temperature. Are you familiar with MSI Afterburner? Besides monitoring your CPU temperature, it helps you with a lot of other things. Using this guide, you can monitor MSI afterburner CPU temp.

However, before jumping to the real causes and solutions for it we must take note of how a machine works. It might sound like a boring class but understanding your problem before digging into it would always help you a lot.

The Central Processing Unit (CPU), also called the brain of the computer, is responsible for taking your input, storing data, and giving an output based on it. However, the data CPU stores are just temporary for which Random Access Memory (RAM) is needed.

And the Graphical Processing Unit (GPU) is particularly directed to render all graphic related things to give an output to the screen. It also uses RAM to store its memory. GPUs are mainly useful for Video editing and Gaming purposes.

There is another term known as Clock Speed. It measures the number of cycles a CPU executes per second and it is measured in Gigahertz (GHz). A higher clock speed means higher speed to the CPU.

Now it’s important to understand that all machines generate heat at some point. All energies are interconvertible which means to say is mechanical/electrical energy always releases heat energy to some extent. It’s a Law of Physics.

So understand that a heating computer is always a concern. However, there are certain times when you feel like your PC is overheating and that’s when you must start searching for its probable causes and potential solution.

Causes and solutions for overheating. 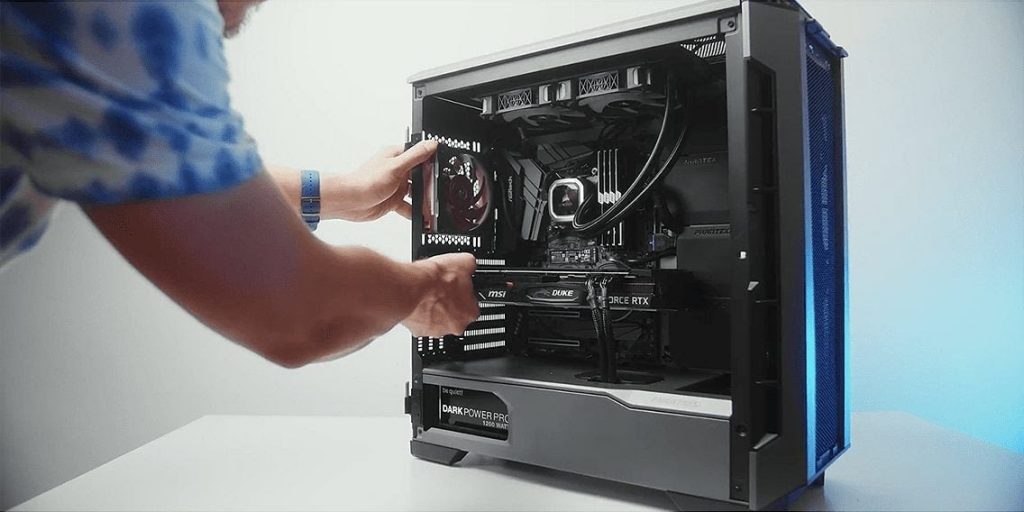 Your computer or laptop comes with a built-in fan to dissipate the heat out of the computer but sometimes the Fan can get broken or clogged.

Check if your fan is still working because if it’s broken then you must immediately purchase a new one and replace it.

Or sometimes you might observe that the fan isn’t going at normal speed, it is slowed down. That may be because it’s clogged with dust and in that case, the fan is unable to blow out hot air efficiently.

Your environment is the reason for it. If the air is not clean and contains a lot of dust then it might accumulate inside your PC case and Fan. If that’s the case then you must use a can of compressed air and a cloth to clean that dust, especially, from the fan so that it blows out hot air normally.

You may also consider adding a new fan if your PC case has enough space. It’s the most effective way to reduce the heat from the PC.

It is another major reason why your PC/laptop gets heated.

You need to understand that if your PC is not meant for Gaming or Video editing purposes then doing these things will only result in excessive heat and sluggishness.

Overclocking certainly means that you are using your computer more moderately than it was originally recommended.

Certainly, gaming PCs are a bit more expensive and we all have fantasies to play games to some extent. And playing heavy games like GTAs, Call of Duty, etc. would consume all your GPUs memory and would only result in lagging and overheating.

As told before, GPU is responsible for rendering all the graphics related files and data to give better results but if you don’t have an external graphic card or a decent in-built graphic card then playing games will only decrease your PC/laptop’s life.

There are two types of GPU cards. One that already comes with your PC, that is an integrated graphic card which is usually not meant for gaming or video editing purposes unless you haven’t bought it specially. And other is external graphic cards which are meant for heavy usage.

Using an external card is always recommended to avoid overheating or you may also revert to your Computer’s old settings.

Most people don’t know about thermal paste and its use. It is made up of thermally conductive chemical compounds that fill the gap between your CPU and it’s cooler for better cooling. Hence, it’s not a bad idea to use a good thermal paste.

After a long time, you need to reapply this paste to continue getting better results. To reapply thermal paste you need to make sure that you’ve properly removed the old one. To do that you’ll need an isopropyl alcohol solution and a cloth to wipe it out. Then take a peanut size amount of new paste and put it on the CPU where the cooler is placed. Then put back the cooler and wait for a few minutes. That’s it. There are lots of YouTube tutorials available for it.

Also, there are a variety of gels available in the market. You may research what is best for you. And it is recommended to reapply that paste after a particular amount of time. Generally, its 3-5 years are considered as the right time but We’d suggest you reapply it every year to maintain your Computer’s temperature and life.

Have you seen server rooms in movies? How they are placed in a cold room. You may wonder if the server needs a cool environment to sustain as they generate heat. It’s the same for computers.

It is proven that a hot environment makes a computer hotter than it is. Yes, it is a real thing. If you’ve placed your PC in a room where sunlight directly falls on it or if the room temperature is hot then your Computer will often overheat

It is seen frequently during the summer season. When the average temperature of the room is hot.

In that case, changing your room or placing your system in a cooler environment would also help reduce the temperature of your computer.

All the above methods make a difference in heat and are effective in reducing the Computer’s temperature. However, if your computer is still abnormally heating then following new methods would work for you.

Power Troubleshooting is the quickest way to troubleshoot excessive power consumption problems which may also cause overheating.

That’s it. Your system-related errors must be resolved now.

If your pc or laptop isn’t meant for controlling heavy programs and games then it’s better to remove them from your pc.

Games take most of the GPU and CPU memory and make them run more than their capacity which results in overheating on the computer.

You can use the window’s in-built Add/Remove Program feature to easily remove the apps and software.

This may seem a little expensive but it isn’t. You can buy a not so expensive Pc case with lots of space to blow hot air out and a laptop cooler with a couple of fans.

This can be helpful if you don’t want your system to heat up.

If nothing is working for you then I’m sure it will. Resetting your computer when everything is out of your hand is a good idea. Just make sure you have backed-up all your important files.

It will make your computer just like when you bought it. Just make sure you have a backup of everything.

However, most of you won’t consider this method but there are some systems which are messed up and literally blow burning air out of it. It can be useful for those systems.

Computers do get hot when in use. There is not much to worry about. However, if you still feel that your system is overheating then we have provided some methods to resolve this issue.

We’ve tried to cover each method and cause. However, if you feel that we missed something. Please let us know.