“Gone With the Wind” star Olivia de Havilland, the two-time Academy Award winner for Best Actress, died peacefully in her sleep at her home in Paris, France on Saturday. She was 104.

Born in Tokyo in 1916, Olivia, her younger sister Joan Fontaine (herself an Oscar-winning actress, for Alfred Hitchcock’s Suspicion in 1941) and their actress-mother Lillian moved to California in 1919.

De Havilland made her screen debut in Reinhardt’s “A Midsummer Night’s Dream” in 1934. Next were two relatively unknown comedies, “Alibi Ike” and “The Irish in Us” (the latter opposite James Cagney), both in the type of role she became primarily known for…the sweet and charming love interest.

While also relatively unknown, comedy “Call It a Day” in 1937 gave de Havilland her first starring role. After a string of unmemorable film parts leading to her first hit, swashbuckling pirate film The Adventures of Robin Hood opposite Errol Flynn, it was Gone With the Wind that helped make her an “A” list actress of that era.

De Havilland won her first Oscar in 1947 for drama “To Each His Own.” In 1948, her performance in drama “The Snake Pit” was praised as one of the first films to attempt a realistic portrayal of mental illness. And, in 1950, came her second golden statue for drama “The Heiress.” But de Havilland turned down the role of Blanche DuBois in “A Streetcar Named Desire” (which went to her “Gone With the Wind” co-star Vivien Leigh) because she wanted to spend time with her young son, Benjamin Goodrich. For more, click here 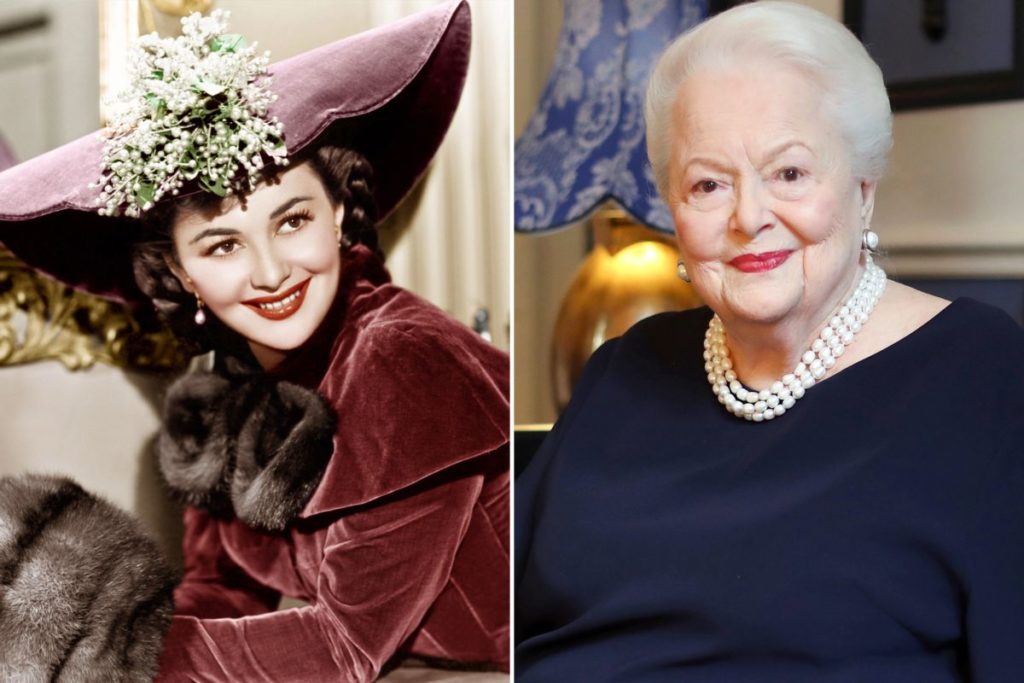 Tagged with: A Midsummer Night's Dream, A Streetcar Named Desire, Call It a Day, Gone With the Wind, Olivia de Haviland, To Each His Own