Beloved Regis Philbin, a familiar face on television for six decades and the Guinness Book of World Records holder for the most hours on U.S. television, died on Friday, July 24 at the age of 88.

“We are deeply saddened to share that our beloved Regis Philbin passed away last night of natural causes, one month shy of his 89th birthday. His family and friends are forever grateful for the time we got to spend with him – for his warmth, his legendary sense of humor, and his singular ability to make every day into something worth talking about. We thank his fans and admirers for their incredible support over his 60-year career and ask for privacy as we mourn his loss,” said the family in a statement.

Born August 25, 1931 in the Bronx, New York, Philbin got his first taste of show business as a page on NBC’s The Tonight Show in 1955. He went on to work in local news and became the announcer on The Tonight Show in 1962. His first talk show was The Regis Philbin Show for station KOGO-TV (now KGTV) in San Diego. Since he had no writing staff, he began each show with what has become his hallmark, the “host chat” segment, where he spoke to his audience (and later his co-host) in discussions about his life and the day’s events.

In 1964, Westinghouse Broadcasting picked up Philbin’s talk show for national syndication in the late night time slot (as a replacement for Steve Allen).

Philbin garnered his first network TV exposure in 1967 as Joey Bishop’s sidekick on late night talker The Joey Bishop Show from 1967 to 1969, but the pair could compete with Johnny Carson on NBC’s The Tonight Show. 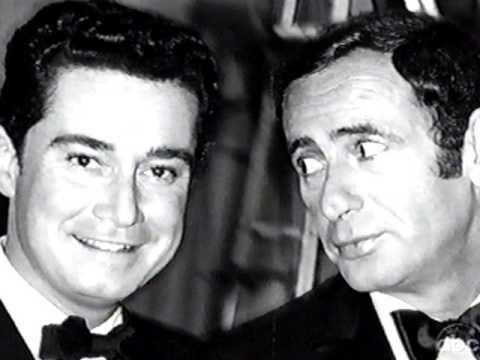 From there, there were countless opportunities for Philbin that included replacing talk show host Steve Allen on his own show, and other hosting gigs ranging from radio shows, variety shows, game shows, lifestyle shows, talk shows and more. From 1975 to 1981, he co-hosted KABC-TV morning A.M. Los Angeles, first with Sarah Purcell (pre-Real People) from 1978 to 1981, then with Cyndy Garvey from 1978 to 1981. Ultimately, the station rose from last to first in the time period in the ratings care of Regis Philbin and company, and his presence in the morning talk show arena had only just begin.

During the early 1970s, Philbin, once dubbed “the hardest working man in showbiz,” also commuted each weekend to St. Louis, where he filmed Regis Philbin’s Saturday Night in St. Louis. Philbin was also paired with Mary Hart (pre-Entertainment Tonight) as hosts of a morning variety series for NBC that aired for 18 weeks.

In June 1985, Philbin was featured with Kathie Lee Johnson (later Gifford) as the co-hosts of local The Morning Show on WABC in New York. The show became nationally syndicated as Live! with Regis and Kathie Lee in September 1988 and was eventually picked up by all of the ABC owned-and-operated stations (excluding WLS in Chicago, which was airing The Oprah Winfrey Show). For more, click here