Just when we thought life was going back to normal with pandemics, it was only easing up. Then came the Delta strain, and we were back to square one. We are stick to our home, being safe and maintaining social distance, but there is so much to be excited about. As an option to cheer yourself up, you can access many True Blue casino promo codes and video games to ensure that you have fun while being safe. The month of August is packed with a series of video games that you can enjoy. For people who are preparing for the quarantine gaming month, here are some major video games for August 2021. 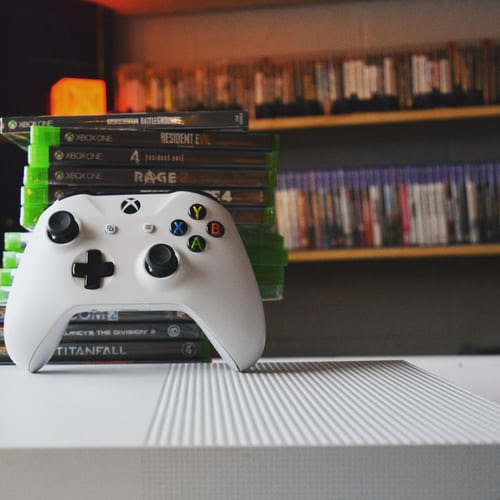 A distress call redirects your space unit to LV-895 in the outer colonies, which is a planet filled with corporate secrets, ancient ruins, and of course, legions of Xenomorphs. It is a cooperative shooter, which drops your crews of hardened marines into frantic combat to contain the growing threat of xenomorph. You will come face-to-face against the terrifying waves of aliens and Weyland-Yutani Synthetics along with AI teammates or two players. Moreover, you can create and personalize the Colonial Marina, selecting from several classes, gear and perks, weapons, and battling odds via four campaigns that extend new storylines to the iconic Aliens landscape.

There is a new competitor for the civilization throne. The video game is an ancient strategy game where you rewrite the history of humanity by merging the histories, architectural styles, and values of all the civilizations to create an exclusive take on humanity.

Humankind combines 60 cultures from history, which include Neolithic tribes, Mayans, Babylonians, etc. From the medieval era to the modern period, you can lead your civilization. The civilization you create can go to war in 4x turn-based gameplay. Personalize your leader, create moral principles that impact humankind’s future, and continue the quest online by facing others in 8 players.

Travis Touchdown makes a comeback to Santa Destroy in order to assassinate the opponents and rise as galactic heroes. You will wield the iconic beam katana, and riding on the bike, you get to explore a whole new world, taking up tasks and competing in games to gain cash. Once you have saved enough money, you can use it to challenge a series of heinous outer space superheroes and survive in cut-throat combos. With Joy-Con motion control to make the whole experience more immersive. People have been waiting long for the No More Heroes 3 release after the launch of No More Heroes 2: Desperate Struggle. The latter was launched in 2019 on Nintendo Wii.

Although playing online free pokies is fun, sometimes we need more adventure. Nevertheless, there are some reasons to play this game among the best games of 2020 with new content and improved graphics. Ghost of Tsushima Director’s Cut upgrades the PlayStation exclusive with a revamped island to explore various weapons, enemy types, outfits, skills, and Mongol threats.

In fact, the expansion of Iki island is claimed to provide up to 20 hours of extra gameplay. Moreover, the PS5 owners can also play through improved graphics, DualSense features, 3D audio, and Japanese lip-sync. And the content of Director’s Cut is accessible as DLC to expand the current game you have. You can also buy the completely new version of Ghost of Tsushima Director’s Cut version.

12 Minutes brings a format of point-and-click adventure games to depict a story that follows a man who relives the worst night of his life. The night when he came home to his wife to celebrate a special evening. However, their night was interrupted when an intruder assaults them. The situation ended badly, but the man woke up right where he started when he just walked into the apartment.

He soon realizes that time is repeating itself, and now he has only one objective- to stop the cycle. In this quest, knowledge is power, and to acquire it; you have to make several choices in every loop. Moreover, you will be experimenting with dialogue choices and action.

Combining mysterious conspiracies and quirky missions, Psychonauts 2 is the latest 3D video game displayed in an exciting cinematic style with a lot of customizable psychic power.  All players can comprehend their long-term dream of being a part of a psychic espionage corporation called Psychonauts. However, these psychic spies are dealing with particular challenges. The leader changed a lot since he was rescued from kidnapping.

Additionally, to make things worse, there is a mole in headquarters. It is all about how you use your skills and psychic power to unravel the comedic mystery. The video game is developed by Tim Schafer, a legendary game designer who is reputed for his titles that include Brutal Legend, Grim Fandango, Broken Age, and the Psychonauts (2015).

Amazon Games brings a new and enthralling video game – New World. It is an open-world MMO brimmed with tons of opportunities and danger. The story is set on shipwrecks on the supernatural island of Aeternum, where you create your character to battle and tread your way into the wilderness as well as ruins.

Moreover, you will be arming yourself with powerful melee weapons, supernatural powers, and ranged artillery. You are able to channel external world forces and personalize the playstyle via a real-time classless combat system. Additionally, the game provides you with the option of fighting alone, in a small group, or in a massive army of PvP and PvE battles. Prior to the launch, New World has been in beta mode for a while. And based on the opinions, it is the first Amazon Games hit.

Video games take us to an exciting world of adventure, thrill, and stories. And today, more than ever, we need it to keep us going. If you are a fan of video games, then there is so much for you to explore. Truthfully, there is always something to look out for in the video game industry. Sometimes it is the launch of a new game other times, fans are waiting for new technology to try. The month of August promises some great games ahead, and above, we have mentioned a handful of them. Some of them have already been launched so that you can try your hands at them.