Players who are interested in the MMORPG know that these kinds of games has the same feature in the Game. Players need travel around the huge continent to find a variety of different quests, and try to accomplish them as much as possible. They need the XP and Gold rewarded by the quests to enhance their characters in New World. As your character level is growing, the complex and difficult quests are not easy to complete. You can find related quest guide to seek for help about the solution of quest. It may save you a lot of time and energy on traveling around blindly in New World. On the other hand, players can also buy New World Gold to enhance their skills in the game for better experience in the beginning of the game.

When players are looking for quests to complete, they may find a quest called “One Threat at a Time”. The quest asks players to track a group of pirate leaders at Nyhart’s Anchorage. But the location and these targets are difficult for players to track in the large map in New World. And players don’t know any information about the accurate location from the quest. Luckily, some professional players in New World has discovered the hideout of Boatswain Ambrose, and they give other players about how to find the Boatswain Ambrose and defeat a group of these pirates.

Where is the Nyhart’s Anchorage 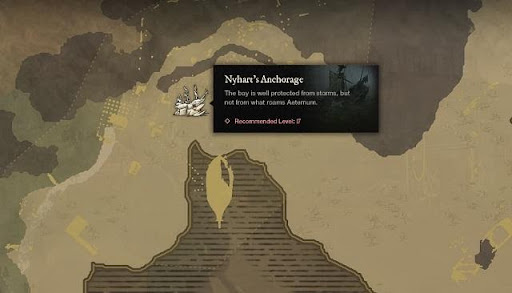 Players should know that Nyhart’s Anchorage is a landmark instead of a normal settlement in New World, which makes players feel confused about how to find it in the map properly.

In order to find this landmark, players should travel from Windsward Hamlet and then go south to Las Torres Bay. Players will come across the Eldergate region, which is located in the middle of Milberry Hills and Hoff point in New World. And you will discover that there is a triangular peninsula extending into Las Torres Bay. You can mark it as an accurate point to verify the accurate the location of Nyhart’s Anchorage. Players can find this landmark by some apparent ships around the bay.

How to Find Boatswain Ambrose In Nyhart’s Anchorage 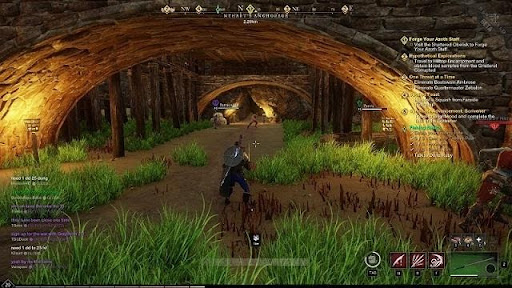 How to Beat Boatswain Ambrose in New World 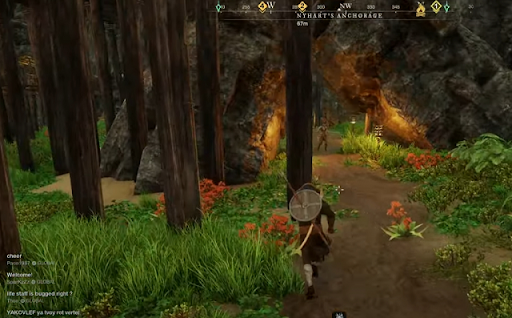 Players can gain rewards from the quest, including XP, Coins, and Azoth. And for many players in New World, they can acquire more quest from different NPCs stand all around the continent. You can talk with NPC more and more often to gain more multiple quests to complete.