Ocean’s movie franchise is one set of riveting heist films, all of which are plotted to somehow surround the casino aspect. You can see the main characters playing at the casino or trying to rob one or are indebted at one!

For passionate gamblers, these movies could be as entertaining as they get. Also, you can check out all that is going on in the online gambling world at Bettingrex.

Let’s get back to Ocean’s movie series. There are a total of four movies in Ocean’s franchise out of which first three are more leaning towards the casino detail. The last one is more of a heist film with a different setup!

This is the first movie of the series which was released in 2001. Danny Ocean (played by George Clooney) is the master thief who decides a heist at the 3 elaborate casinos of Las Vegas. He hires 10 other con men to complete this task. This adds up to a total of 11 team members (Danny + 10 con men). Hence, the name Ocean’s Eleven!

The movie features an intricately developed heist and the team try their best to pull it off successfully. Apart from Clooney, the film also includes other top Hollywood actors such as Brad Pitt, Matt Damon, Elliot Gould and many others in the lead. 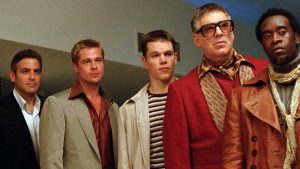 Ocean’s Twelve (2004) is the continuation of the Ocean’s Eleven film. The team now is threatened by the casino owner from whom they had robbed in the first movie. They have two weeks’ time to return every penny they stole. So, they plan another 3 heists to execute in Europe. 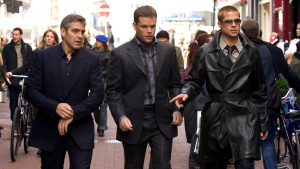 This movie plot is designed as revenge the Ocean’s team takes when the owner of a casino dupes one of their crew members. This is again an interesting movie with twists and turns and hidden plots that makes it overall entertaining. 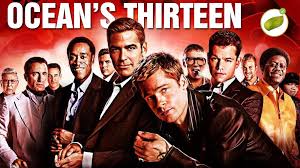 “Ocean’s 8” is the latest of the franchise (released in 2018) and is the spinoff of the Ocean trilogy. This is an all-female cast heist movie lead by Sandra Bullock, Anne Hathaway, Rihanna and others. 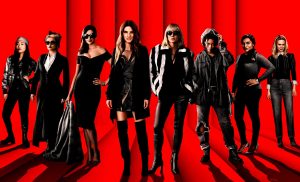