Bikes have always been among the most popular modes of transportation historically. The history of bikes can be dated back to 1817 when a German baron Karl von Drais made the first bicycle named “swift walker.” With the passage of time, these bikes became modernized, and it was not until 1897 that the first electric bike was introduced by an American individual, Hosea W. Libbey. He propelled his bike with the help of a double electric motor. Since then, many scientists and engineers have revolutionized the biking industry as even portable electric bikes have become a possibility nowadays. 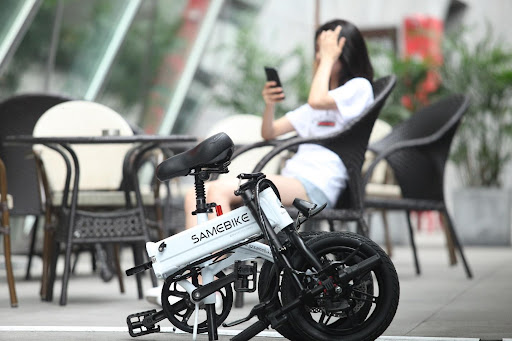 What is a Portable E-bike, and How Does It Improves the User Experience?

As the name suggests, portable electric bikes have integrated electric motors in them, which are responsible for assisting propulsion. Instead of using carbon fuel, these bikes are based on electricity which helps them to reduce carbon emissions and eventually curb pollution.

Portable electric bikes look like normal push bikes but with additional components that make their working possible. These components include the battery, electric motor, sensors, and electric displays. These bikes improve user experience by pedal assist, displaying all the necessary metrics at the LCD display and helping them in leaving no carbon footprint in the surrounding. Also, they are so light and foldable that they can be put into the boot of cars.

The debate regarding the efficiency of the electric bike vs. regular bike is not new. Whenever someone wants to buy a bike, having this question in mind is completely normal. Let’s compare these bikes on some important parameters.

Electric bikes can easily catch up to the speed of the casual bike based on the skill of the rider. This is because riders can pedal the electric bikes once the motor reaches its limit. So, the decision to speed up the electric bike speed or reduce it depends upon the rider’s will. On average, electric bike batteries can take the speed up to 6.8 mph, but some latest e-bike models like SAMEBIKE SM26 achieve as much as 15.5-18.6 mph with the help of the battery alone. On the other hand, the average top speed for classic bikes can reach as much as 16 mph. Indeed, electric bikes’ average speed is faster than conventional bikes.

Electric bikes are easier to drive and come up with much lower labor consumption than conventional vehicles. According to some studies, peddling e-bikes are 24 % easier than traditional bikes, not to mention that e-bikes also reduce the travel times by almost 15 % on normal terrain and 35 % on hilly terrain. This means that electric bikes are relatively easier to drive, making them highly user effective. However, you need to pedal the traditional bikes consistently, which increases the labor consumption significantly. 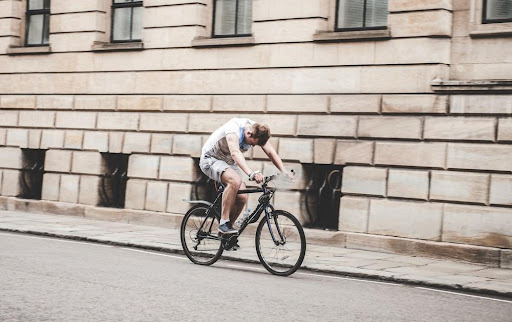 Traditionally electric bikes have a range between 25 mph to 50 mph, but that depends on a lot of factors. For instance, the battery can get consumed much faster in hilly terrain than in normal terrain. On the other hand, traditional bikes have no range implication, as they have to be operated manually. So, the non-electric bike riders can take it as long as they can, depending on their stamina and the physical condition of the bike.

Portable electric bikes are usually a bit more expensive than traditional bikes, but government initiatives are making them more affordable and cost-effective. One of the biggest benefits of using e-bikes is to travel long distance in a short span of time, which save you a lot of time. In the long run, the time you save can easily be used in some productive work, which will eventually justify the price of e-bikes.

SAMEBIKE 20LVXD30-II is a portable electric bike that brings the following benefits to the table: 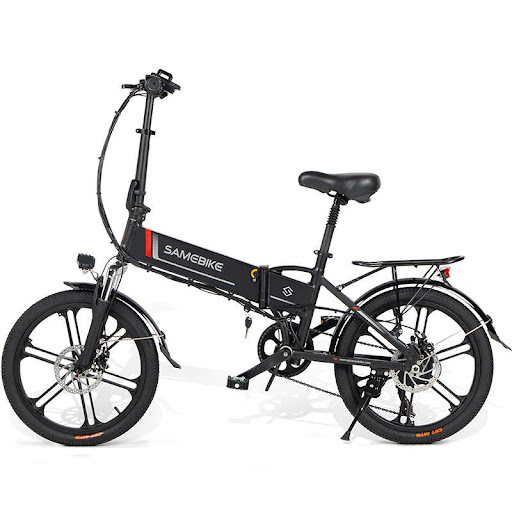 SAMEBIKE is setting new standards in the portable electric bikes industry by introducing new trends in the market. Their capability of relying on R&D makes them a powerful player in the electric bike manufacturing setup. SAMEBIKE is part of the SAMEWAY group, which has been dominating the electric bicycles market since 2004.

If you need a lightweight, stylish, good quality electric bike for commuting, the HIMO Z20 is the perfect choice.

-Folding size is just 750 x 860mm, it’s easy to carry around and fits in the trunk.
-Removable and efficient battery with a range of 50km in full power mode and up to 80km with pedal assist
-Shimano 6-speed, which can match different riding conditions and get maximum power with minimum effort.
-Waterproof LED display to record speed, range and power in real time. Full IPX7 waterproof rating and waterproof headlight, safe to ride in the rain.
-The saddle tube hides an inflatable pump, so we can inflate the bike at any time to run farther and faster.

Our mission is to create a smarter, greener and more unique travel experience.