The Stanley Cup Playoffs are almost here. By far, hockey’s annual two-month race to a championship is the most exciting playoff tournament in sports. There are more upsets and unexpected twists and turns in hockey than in any other sport mostly because of parity and the rise of hot players and goalies. That makes picking the best players for your hockey pool more challenging, fun and rewarding.

Part of the equation is deciding which teams will go on long playoff runs. If you load up on good players from the two teams that reach the Stanley Cup Final, you have an excellent chance of winning your pool or league. Then you need to know which players to pick on those teams.

Every year, there is also a surprise player who seemingly comes out of nowhere to be at or near the league lead in points. John Druce was a great example of this with the Washington Capitals back in 1990. If you can have that player on your team, you’re in great shape.

You can learn more about some great fantasy sports opportunities at www.captaingambling.com.

Here is a look at the top players to add to your hockey playoff pool or fantasy league:

It’s tough to pick against McDavid who is the most dynamic offensive player in the NHL today. The Oilers star is the only player in the league to record 100 points in this pandemic-shortened, 56-game season.

McDavid is dangerous any time he touches the puck and keeps fans on the edge of their seats. His speed and hands are second to none in the league right now.

The big question with McDavid is how far the Oilers will go in the playoffs as their team defense remains a question mark. If the Oilers come out of their division, McDavid would be the top pick in any fantasy draft. 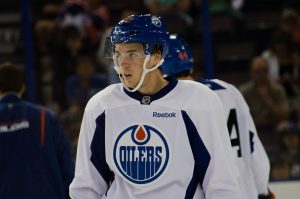 While McDavid leads the league in points, Matthews is the leading goal scorer. He topped the 40-goal mark in a 56-game season and had a heavy shot and a quick release.

The Maple Leafs haven’t won the Stanley Cup since 1967 when there were still six teams in the league. If Matthews leads the team to their first championship in more than half a century, he will cement his place in Toronto sports history forever.

Toronto is considered the favorite to come out of the North Division and that makes Matthews a great player to have on your team. If you like the Leafs, consider adding Mitchell Marner as well. 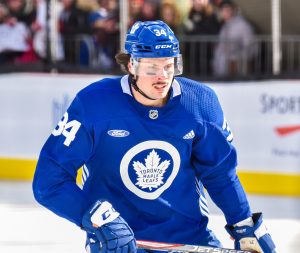 Marchand is a tough, strong and dynamic player. Throughout the season, the Bruins were mostly a one-line team and Marchand has been the heart and soul of that line and team.

The 33-year-old native of Halifax, Nova Scotia, is built for playoff hockey because of his physical style of play. He is also a leader on a Bruins team that is one of the favorites to emerge from the competitive East Division.

The addition of Taylor Hall at the trade deadline should help Marchand because defenses won’t be able to focus exclusively on shutting him down in the playoffs. 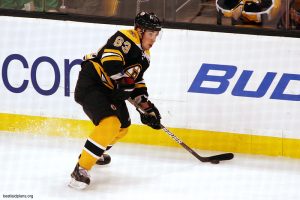 The Colorado Avalanche are one of the best teams in the NHL this season and Nathan MacKinnon is their leading scorer and emotional leader.

The former first overall pick in the 2013 NHL Entry Draft is averaging well over a point-per-game during this abbreviated season.

MacKinnon was outstanding in last year’s playoffs, scoring nine goals and 25 points in just 15 games for the Avs. He figures to lead Colorado in scoring again in this year’s playoffs.

The Avalanche are listed as one of the league’s biggest contenders this year and if they go on a long playoff run, MacKinnon should be among the top scorers in the league this year. 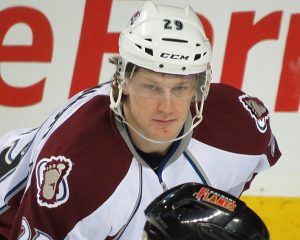 Even at the age of 33, Sidney Crosby remains one of the game’s best players. The Penguins captain should score his 500th career NHL goal next season if he stays healthy and remains among the league’s top scorers this year.

Crosby has already won three Stanley Cups and he knows what it takes to lead a team to the promised land. For his career, he has 189 points in 168 career playoff games so he’s been extremely productive in the postseason. He even won two Conn Smythe Trophies as the playoff MVP.

The toughest issue for the Penguins may be getting out of the competitive East Division with their inexperienced goaltending. But if they do, expect Crosby to be among the league’s most productive offensive players. 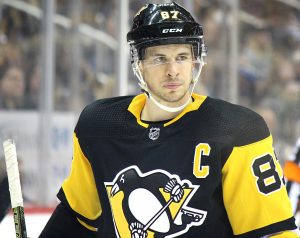