The biggest hit of the 2014 midseason was the launch of ABC’s fantasy drama “Resurrection”. Nearly 14 million viewers tuned in that night to be enthralled, just as I had been when I had first seen its pilot episode back in the summer of 2013.

I thoroughly raved about the show just prior to its premiere (which originally aired on Mar. 9, 2014), and apparently, my review caught the eye of ABC network’s publicity department. They borrowed several portions of the item for their promos as well as a mention of my provided letter grade during the end credits of the series premiere episode. 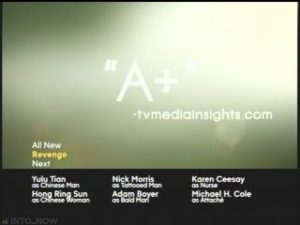 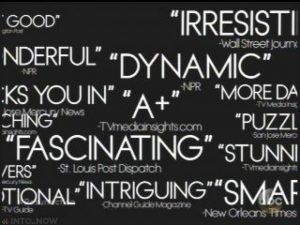 The following was my “Resurrection” review, in full, originally posted at our now-defunct predecessor website TV Media Insights from Mar. 4, 2014:

A young Caucasian boy named Jacob awakes while mysteriously lying in a rice field in China. He is transported back to the United States and, with the help of an immigration agent (Omar Epps, formerly of “House”), returns back to his hometown of Arcadia, Missouri. The reality for the residents of this small town, especially for Jacob’s parents, Lucille and Henry (Frances Fisher from 1997′s “Titanic” and Kurtwood Smith from “That 70′s Show”), turns upside down upon his return because they had all believed Jacob had died 32 years earlier. Yet he has not aged one single day since. This is how ABC’s bold new drama, “Resurrection” begins as the series premieres Sunday, March 9 at 9 p.m. ET.

The premise definitely requires the viewer to suspend disbelief. But what makes the show much relatable is the core of this premiere episode, which are the complex and varied emotions exhibited throughout. Fisher’s Lucille character is the mother who immediately welcomes and embraces her long lost son, while Smith as her husband Henry experiences a constant inner battle of conflicted thoughts and feelings. He does not readily accept Jacob as his son, but if he begins to allow himself to, he fears all his grief from burying Jacob decades ago meant nothing.

While Jacob remains an eight-year-old boy, Henry has grown much older and the realization of him being a different man from the one he was decades ago becomes further apparent. Even the town’s pastor Tom (Mark Hildreth) — a man who preaches the gospel and its many stories of miracles — finds it difficult to come to grips with the miraculous return of Jacob, his best friend from childhood, from the supposed dead.

“Resurrection” is based on the book “The Returned” written by author Jason Mott, who also helped develop this series, along with famous film star Brad Pitt.

It isn’t lost to the television audience that its direct competition on Sundays is another drama delving in the return of the dead — cable blockbuster, “The Walking Dead.” Rest assured, “Resurrection” ventures a completely different tone from the dark, gruff, apocalyptic atmosphere of the AMC hit. The episode’s cinematography lends to the many visually stunning scenes, and familiar dramatic themes of life, death, love and family are all dealt with amidst this unbelievable occurrence of Jacob’s return. The episode foreshadows there will be further details as to why the formerly-deceased boy has been resurrected in future episodes, but the series’ success will solely be based on how invested we are in the characters in spite of what out-of-the-world/supernatural plot twists may come.

“Resurrection” strives to be touching and sometimes heart-wrenching, with the premiere hitting its mark on all levels. It tugs at the heart strings without getting maudlin, sappy or schmaltzy. It can make us evaluate what we are willing (or not willing) to accept in our own lives, and how we choose to exist from there. 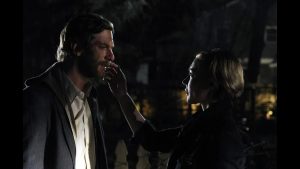 The Sunday night TV field is very crowded, and the potential audience figures for “Resurrection” may not result in the hit by the numbers it deserves to be. But it is scarce to find a bolder, more daring and ambitious start to a drama as this on television at present. And the bar of comparison set by rapidly declining recent occupant “Revenge” (which shifts to 10 p.m. ET) is not difficult to surpass.

ABC, whose new hits (particularly dramas) have come very few and far between in recent seasons, definitely has a supreme gem in its possession, care of “Resurrection” — a superior effort that broadcast networks have not seen since the days of “Lost” and “House.”

Grade for “Resurrection” pilot episode entitled “The Returned”: A+