We all know smoking is bad for us, but many people still do it regardless of the health problems such habits might cause them. Although the overall number of individuals addicted to nicotine is still quite high, there are also millions of them who decide and succeed in finally getting rid of cigarettes from their life.

Nicotine addiction is hard to beat. But, with various smoking alternatives being available in the market, is the whole process of withdrawal from this substance becoming much easier? These are some of the things you need to know and consider before deciding to switch from classic cigs to one of the possible replacements.

Let’s see if any of the available substitutions represent a good option for you.

Electronic cigarettes are battery-operated devices that produce vapor by heating the liquid. The practice of using this smoking alternative is often referred to as ‘vaping’. Most of them are fruity flavored, and as such, they are much more pleasant than regular cigs.

However, although they don’t contain chemicals like tar and carbon monoxide, more and more studies are proving that advertisement about them being completely harmless is not really true. Actually, they include toxins such as solvents, heavy metals, particulate matter, and flavoring chemicals. And one study even shows that when it comes to the formaldehyde production, electronic and classic cigarettes are pretty tied.

There is also an addiction element. Although you can find non-nicotine versions of e-liquids (the juice used for vaping), most of them do contain nicotine, which is, as we all know, an addictive substance. Also, while researching the top two e-cig brands, the FDA has found low levels of carcinogens in them.

So far, there is no conclusive evidence on the kind and amount of damage e-cigarettes can cause to the users. Anything that you inhale can be potentially problematic for your lungs and mouth. At this moment, we are simply not sure how safe it is to use a vaporized nicotine. The FDA has labeled them as tobacco products even though they don’t use this plant.

Nicotine doesn’t have to be smoked, you can also chew it or inhale it. Visit this website if you want to buy some high quality tobacco pouches. One of the popular smokeless tobacco products is snuff. It comes in two versions – dried and moist. The first kind is inhaled while the other is put between your lips or cheek and gum. Although not as addictive as cigarettes, snuff will increase the risk of getting oral cancer or having a stroke. Also, it can seriously destroy your teeth and cause infections. A somewhat better option is a Swedish product called snus. Still highly addictive but with much better research results so far.

A study of this smokeless, moist powder tobacco by Australian experts has shown that people who have been lifelong users have pretty much the same life expectancy as those who quit cigarettes altogether. But until further inquiries have been conducted, a certain level of skepticism is still recommended when it comes to snus as well. With the growing popularity of these products and the rising e-commerce sphere, it comes as no surprise that an increasing number of topnotch brands are offering this type of merchandise online, and Snus Corp covers the UK and EU markets, and these professionals know it’s all about the high quality of goods they provide to clients and fast delivery. We are all trying to free up as much of our daily schedule as possible, and doing shopping from the comfort of your home will certainly do the trick.

Another product that can maybe help you in getting rid of the smoke comes in the form of herbal cigarettes. Still, don’t let the name fool you. Although the most popular among them contain cloves and clove oils, their primary ingredient is tobacco (60 to 70%), which makes them addictive. Also, they produce tar, one of the main cancer-causing elements of the regular cigs.

However, some variants consist solely of herbs, no nicotine whatsoever, just like Oklahoma smokes, but they are not so easy to come by. All in all, as long as you are using something with a higher concentration of nicotine, you will not exit the circle of addiction. You are simply replacing one bad habit for the other.

A water pipe that is smoked in public settings like bars and pubs is called Hookah or Shisha. Just like with the rest of the alternatives, there is wide-spread thinking that they are safer than cigarettes. However, according to a statistic done by the World Health Organization (WHO), they are actually worse than smokes. Apparently, being exposed to the hookah smoke for one hour is like smoking 100 cigs.

The myth surrounding shisha is that they are not bad for you because the water filters the toxins. However, the truth is that it only cools down the smoke and makes it easier to inhale. Harmful substances like tar and carbon monoxide are still present. And not only that, but by sharing mouthpiece with others, you also risk getting herpes, cold, hepatitis, flu, and other similarly transmittable diseases.

In the last several years, heat-not-burn or HNB devices have become a popular substitution for smoking. They are doing exactly what their name suggests – they are heating the disposable tobacco steaks with a thin metallic blade. By eliminating the process of burning, they emit lower levels of toxins compared to the standard cigarettes.

You will still get the necessary nicotine hit from them, which makes these products addictive as well. At the moment, we don’t have a full grasp of the full-size effects of HNBs, but they are definitely emitting lesser amounts of dangerous substances. However, bear in mind that this doesn’t make them completely harmless. 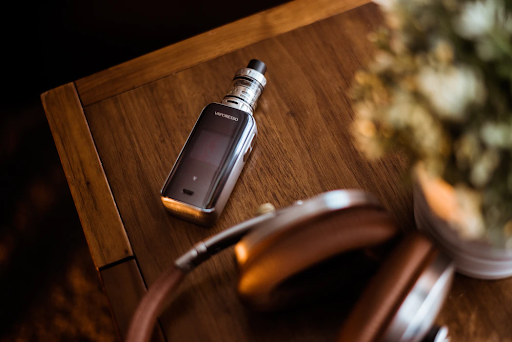 When it comes to cigarette alternatives, it’s obvious that most, if not all, of them are still supporting addictive behavior. However, the researches show that they are maybe not as bad of an option as regular smokers, but they are far from safe and risk-free. Many of them are releasing substances that can cause different life-threatening diseases. So, if you’re looking for a way to stop smoking, choose carefully.