On this day in 1991: The original manuscript of Huckleberry Finn by Mark was recovered. It was a handwritten script of the first half of the original draft of this book, which included Twains own handwritten corrections. This manuscript had been missing for over a hundred years.

It was found by a 62-year old librarian from Los Angeles, who finally sorted through old papers sent to her from upstate New York. Mark Twain had sent the second half of the manuscript to this librarian’s grandfather, James Gluck. Gluck had solicited this manuscript in Buffalo, New York where Mark Twain had lived at one time. Mark Twain could not find the first half of his manuscript, even while he was alive. However, he did find it and sent it to Gluck. Court proceedings had taken place to decide who owned the rights to the lost Huckleberry Finn manuscript (the first half). The sisters, the library, and the Mark Twain Papers Projects in Berkeley, California all fought for rights of this book.

After a fairly lengthy battle, the three different groups mentioned above came to a consensus, and made a deal. The library would be awarded the rights to the physical papers, and all three parties would share in publication rights. Then, in 1995, Random House won the rights to publish the book. They were said to have paid a high price for these rights, however, and the amount they were said to have paid was not disclosed to the public. 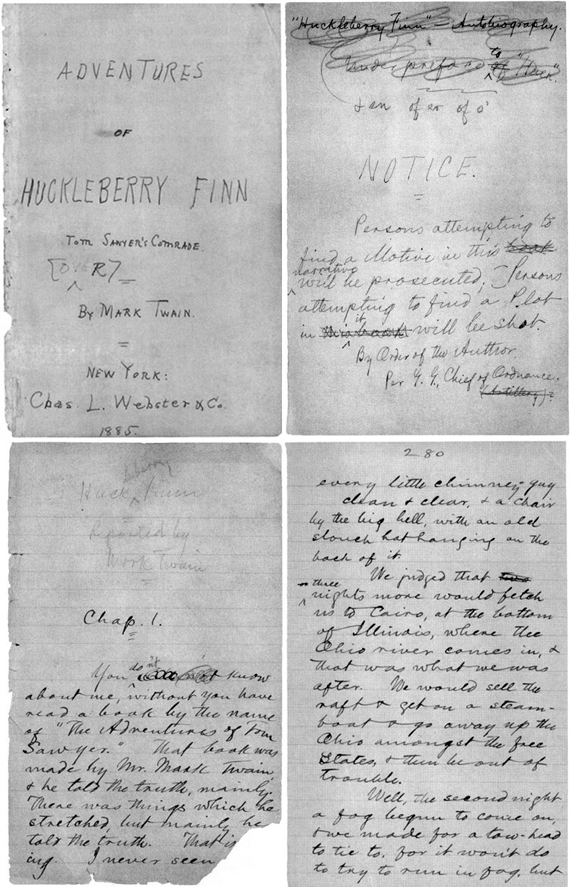