Television and Radio
George (Sherman Hemlsey) and Louis (aka “Weezie” – Isabel Sanford) were “movin on’ up to the deluxe apartment in the sky” on “All in the Family” spin-off “The Jeffersons”, which launched on CBS in 1975. It ran for ten-and-one-half seasons…Thirteen other series also debuted: 1) “The Six Million Dollar Man” with Lee Majors on ABC in 1974; 2 and 3) “Roots: The Next Generation” and “Animal House” sitcom offshoot “Delta House“, both on ABC in 1979; 4) short-lived ABC sitcom “The Redd Foxx Show” in 1986; 5) ABC daytime talk show “The Home Show” in 1988; 6) The WB sitcom “The Parent ‘Hood” in 1995; 7) TLC reality series “What Not To Wear” in 2003; 8) Showtime drama “The L Word” in 2004; 9) MTV docuseries “My Super Sweet 16” in 2005; 10) single-season Fox competition “Skating With Celebrities” in 2006; 11) History docuseries “American Pickers” in 2010; 12) Showtime comedy “United States of Tara” (starring Toni Collette) in 2011; and, 13) Disney Channel comedy “K.C. Undercover” (starring Zendaya) in 2015…On an episode of ABC’s “Happy Days” in 1977, Fonzie (Henry Winkler) enters his shy visiting cousin Angie (Charles Galioto) into the “Magilla’s Book of Records” publicity event at Al’s Drive-In. The stunt Angie performed was balancing a record amount of quarters on the back of his arm and then catching them all in his hand upon dropping his arm. About one decade later, Galioto was a mathematics teacher at Bronx’s Lehman High School, where one of his students was The PI’s Douglas Pucci…CBS sitcom “Good Times” hit the 100 episode mark in 1978. It concluded on Jan. 30, 1980 after 133 episodes…The “Friends” episode “The One With The Lesbian Wedding” first aired on NBC in 1996. It was the second same-sex marriage on a sitcom in TV history (following “Roseanne”). The ceremony of Ross’ first ex-wife Carol (Jane Sibbett) and her fiancé Susan (Jessica Hecht) was officiated by Candace Gingrich, the real-life half-sibling of former conservative House Speaker Newt Gingrich. Despite affiliates in Port Arthur, Texas and Lima, Ohio refusing to air the episode, it drew 31.6 million viewers, which ranked first overall for the week.

Music
Pink Floyd’s album “The Wall” hit No. 1 on the Billboard charts in 1980…Inducted in the Rock and Roll Hall of Fame: Dion, Otis Redding, The Rolling Stones; The Temptations; Stevie Wonder; The Ink Spots; Bessie Smith; The Soul Stirrers; and Phil Spector.

Did You Know?
When “The Jeffersons” began, Isabel Sanford (Louise; aka “Weezie”) was 57 years old. Sherman Hemsley, her TV hubby George, was 36. Do the math, and that means George was about 14 years old when son Lionel (Mike Evans) was born. No wonder why Mother Jefferson (Zara Cully) had a problem with “Weezie”!…George and “Weezie” may have been “movin’ on up” on “The Jeffersons”, but it was neighbors – and future in-laws—Tom (Franklin Cover) and Helen Willis (Roxie Roker) who made television history. They were the first interracial couple to be prominently featured in a regularly scheduled series. 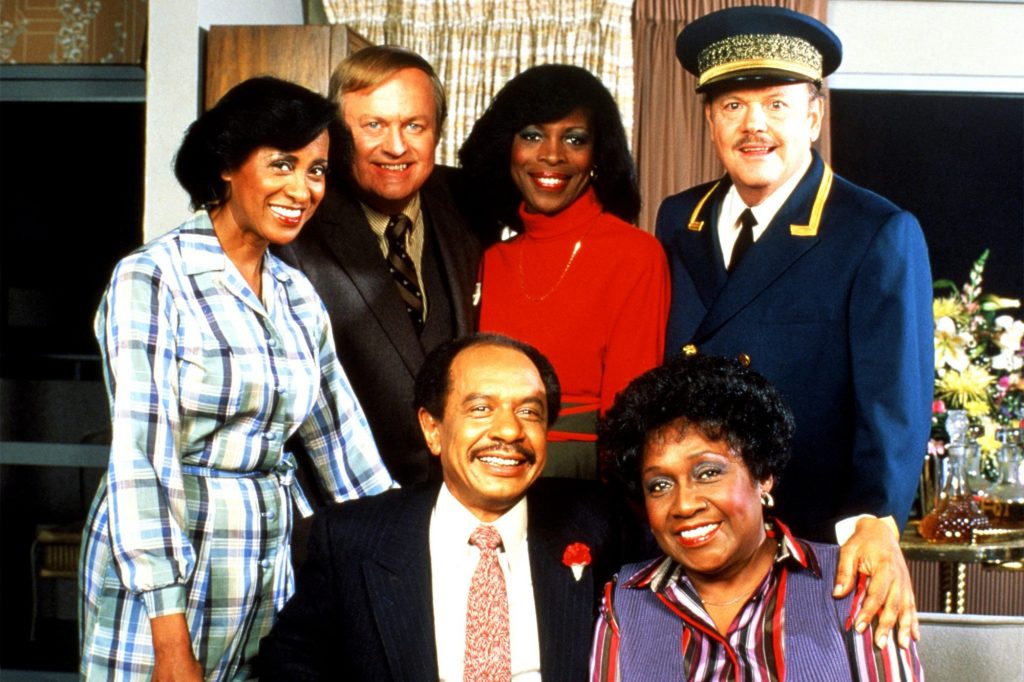