“Rebecca” based on the book by Daphne du Maurier, directed by Alfred Hitchcock and starring Laurence Olivier and Joan Fontaine premiered in Miami, Florida on this day in 1940. It officially opened on April 12 that year and it won two Oscars (including Best Picture).

The film stars Laurence Olivier as the brooding, aristocratic widower Maxim de Winter and Joan FOntaine as the young woman who becomes his second wife, with Judith Anderson, George Sanders and Gladys Cooper in supporting roles. The film is a gothic tale shot in black-and-white. Maxim de Winter’s first wife Rebecca, who died before the events of the film, is never seen. Her reputation and recollections of her, however, are a constant presence in the lives of Maxim, his new wife and the housekeeper Mrs. Danvers.

Maxim takes his new bride back to Manderley, his grand mansion by the sea in south-western England, dominated by its housekeeper Mrs. Danvers, a chilly individual who had been a close confidante of the first Mrs. De Winter—Rebecca—with whom she is clearly still obsessed. She has even preserved Rebecca’s grand bedroom suite unchanged and continues to display various items that carry her monogram.

Eventually, her constant reminders of Rebecca’s glamour and sophistication convince the new Mrs. de Winter that Maxim is still in love with his first wife, which could explain his irrational outbursts of anger. She tries to please her husband by holding a costume party as he and Rebecca used to. Danvers advises her to copy the dress that one of Maxim’s ancestors is seen wearing in a portrait. Nevertheless, when she appears in the costume, Maxim is appalled since Rebecca had worn an identical dress at her last ball, just before her death.

Mrs. de Winter confronts Danvers about this, but Danvers tells her she can never take Rebecca’s place and almost persuades her to jump to her death from the second story window in Rebecca’s room. At that moment, however, the alarm is raised because a sunken boat has been found with Rebecca’s body in it.

Maxim now confesses to his new wife that his first marriage had been a sham from the start when Rebecca had declared that she had no intention of keeping to her vows but would pretend to be the perfect wife and hostess for the sake of appearances. When she claimed she was pregnant by her cousin and lover, Jack Favell, she taunted Maxim that the estate might pass to someone other than Maxim’s line. During a heated argument, she fell, struck her head, and died. To conceal the truth, Maxim took the body out in a boat, which he then scuttled and identified another body as Rebecca’s.

The crisis causes the second Mrs. de Winter to shed her naïve ways as they both plan how to prove Maxim’s innocence. When the police claim the possibility of suicide, Favell attempts to blackmail Maxim by threatening to reveal that she had never been suicidal. When Maxim goes to the police, they suspect him of murder. However, further investigation reveals that she was not pregnant but terminally ill due to cancer, so the suicide verdict stands. Maxim realizes that Rebecca had been trying to goad him into killing her via indirect suicide so that Maxim would be ruined.

A free man, Maxim returns home to see Manderley on fire, set ablaze by the deranged Mrs. Danvers. All escape except Danvers, who dies when the ceiling collapses on her. 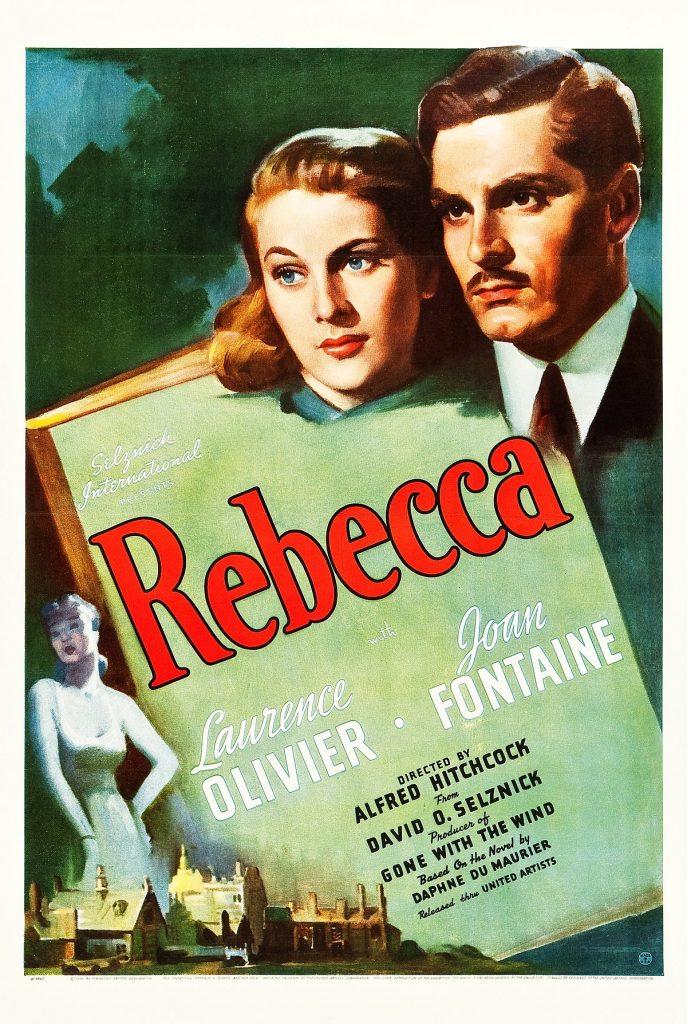