When choosing a movie, we often pay attention to its rating, read reviews of film critics, seek characters we are comfortable with (like in “Harry Potter”) and ask friends for advice. If the reviews are not all that positive, then we choose something else to watch. So you can miss real masterpieces that something did not suit other people. We decided to correct this injustice and tell you exactly about such underrated films of recent years.

When choosing a movie, we often pay attention to its rating, read reviews of film critics and ask friends for advice. If the reviews are not all that positive, then we choose something else to watch. So you can miss real masterpieces that something did not suit other people. We decided to correct this injustice and tell you exactly about such underrated films of recent years.

1. “Life Itself” (2018)
Drama from the creator of the popular series ”This Is Us,” Dan Fogelman. In the movie called ”Life Itself,” the director tells the story of a relationship that lasts for decades. The main characters of the movie are Abby and Will. They fall in love, doubt their feelings, get ready for the wedding, get into an accident on the road and… their story repeats itself again. To break the vicious cycle, you need to understand how it all began. Although critics spoke of the film without much enthusiasm, many viewers noted its sincerity and emotionality.
IMDb Rating – 6.5 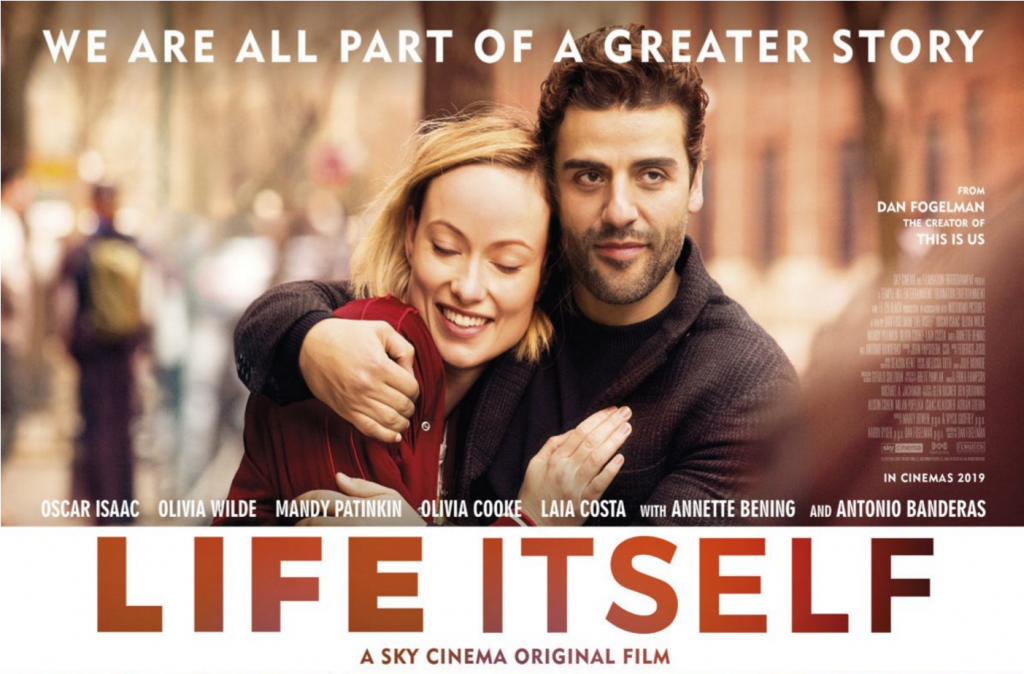 2. “Galveston” (1988)
This is a criminal action movie that will not let you get bored even for a minute. At the center of the story is the hired killer named Roy, who gets trapped during one of the missions. The criminal, who, of course, turns out to be a good guy, has to flee. Fate brings Roy to a girl named Rocky, who is forced to hide away with him. The brutal killer falls in love with Rocky and decides to help not only himself but also her. Mostly the film is criticized because of differences from the book, based on which it was made. But loyal fans of the movie claim that this does not make the movie worse.
IMDb Rating – 6.2 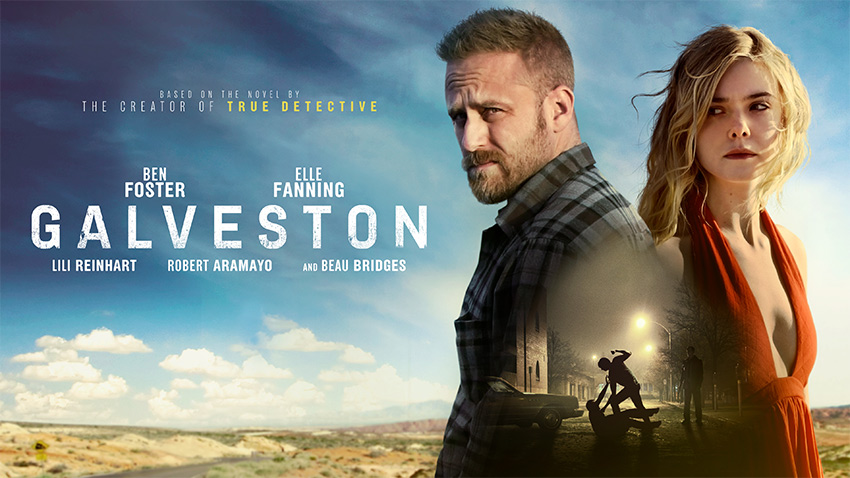 3. “Hot Summer Nights” (2017)
This is an American drama about growing up with an unforgettable atmosphere to it. In the movie Hot Summer Nights, Timothee Chalamet, one of the most sought-after young actors of our time, transforms into 13-year-old Daniel. The teenager’s father died, and most of the time the guy spends alone with himself. The guy’s life changes after meeting the beautiful MacKeila and the bully named Hunter, who turns out to be the girl’s brother and opposes her relationship with Daniel. ”Hot Summer Nights” was criticized for using a lot of clichés. There’s the character of James Dean in the movie, scenes from the films ”Goodfellas,” “Boogie Nights,” and other parallels. But this is precisely what allows you to plunge into the atmosphere of the 60s of the last century.

This is a great movie to watch with your partner, and it is quite likely that you two will enjoy watching it, but a movie will not fix serious issues in a relationship. If your relationship requires fixing, then you need to do some work on it, go online, find relationship tips and advice on how to glue the pieces back together.
IMDb Rating – 6.4 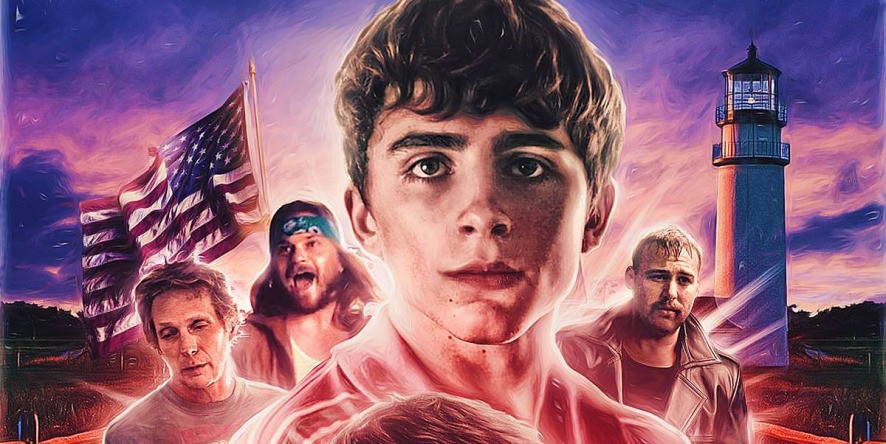 4. “The Darkest Minds” (2018)
This an anti-utopia about children with superpowers from the producer of the Stranger Things series. The teenagers are detained by the government and sent to special camps. The main character escapes from there and, together with a group of like-minded people, plans to rebel against the oppressors. There are episodes in The Darkest Minds that resemble both the series of books by Joan Rowling about Harry Potter and the novel by Richard Adams called “Watership Down.” These parallels make the viewing even more interesting and prove that we are not faced with a banal teenage film, but with a difficult work of art that highlights issues of friendship, independence, and power.
IMDb rating – 5.7 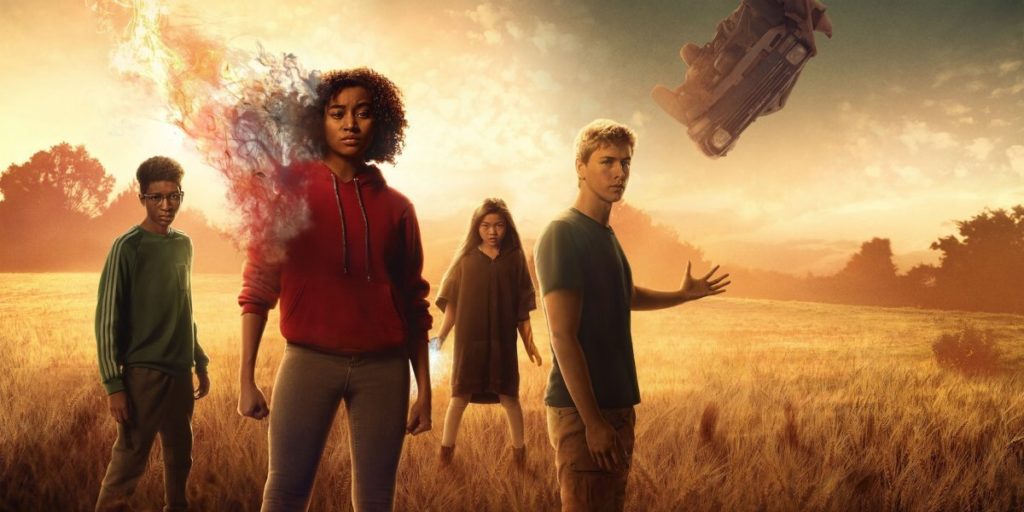 5. “Two Friends” (2015)
The plot focuses on the self-confident handsome Abel and aspiring actor named Clement. Guys fall in love with one girl – a cute saleswoman named Mona, who is in no hurry to reciprocate. Abel and Clement dream of conquering a girl. ”Two Friends” is the directorial debut of Louis Garrel. And despite the different reviews from film critics, the film is worth a watch if you are interested in something new and original.
IMDb Rating – 6

6. “London Fields” (2018)
This is a thriller with the stunning Amber Heard in the lead role. The actress plays the role of Nikola Six, whose appearance in the bar inspires a writer who has not been able to write a single line for the past two decades. He watches over a spectacular girl and her murderous secrets. The audience must solve the mystery of Nikola. ”London Fields” is criticized because of the difference from the original source – the novel of the same name by Martin Amis. But the discussion about what is better – the film or the book will last forever, so we advise you to enjoy both.
IMDb Rating – 4.4

7. “Shame” (2011)
The story is about a man who is not able to control his sexual desires. His obsession with sex leads to the fact that ordinary feelings for a woman become impossible for him. The film amazingly balances on the verge of what is permissible, not slipping into vulgarity or shocking imagery. And yes, movie fans, and especially fans of Michael Fassbender, should definitely watch this film, this is one of his best performances. Here he rises to the dramatic heights of “The Hunger” (2008) level, which, incidentally, was directed by the same director – Steve McQueen.
IMDb Rating – 7,2 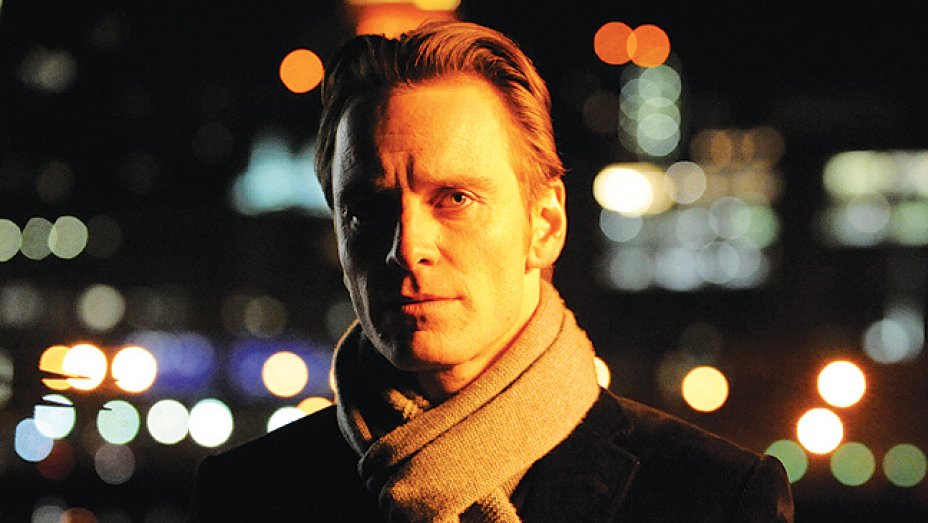 8. “The Pledge” (2001)
The main character is a policeman. On his last day before retirement, he is sent on a call to the crime scene. A mutilated corpse of a little girl was found. The protagonist reports her death to her parents, and the girl’s mother takes an oath from him that the killer will be found. He retires and continues to investigate this case, which gradually becomes an obsession for him and drives him crazy. Sean Penn is a brilliant actor, but he is an amazing director as well. It is a pity that he rarely directs anything. “The Pledge” is not just another brilliant acting work of Jack Nicholson. This is also one of the best psychological thrillers of all time. There is simply an incredible degree of tension and incredibly voluminous, psychologically intriguing characters. And the film offers to reflect on how far you can go in the struggle for a just cause.
IMDb Rating – 6,8 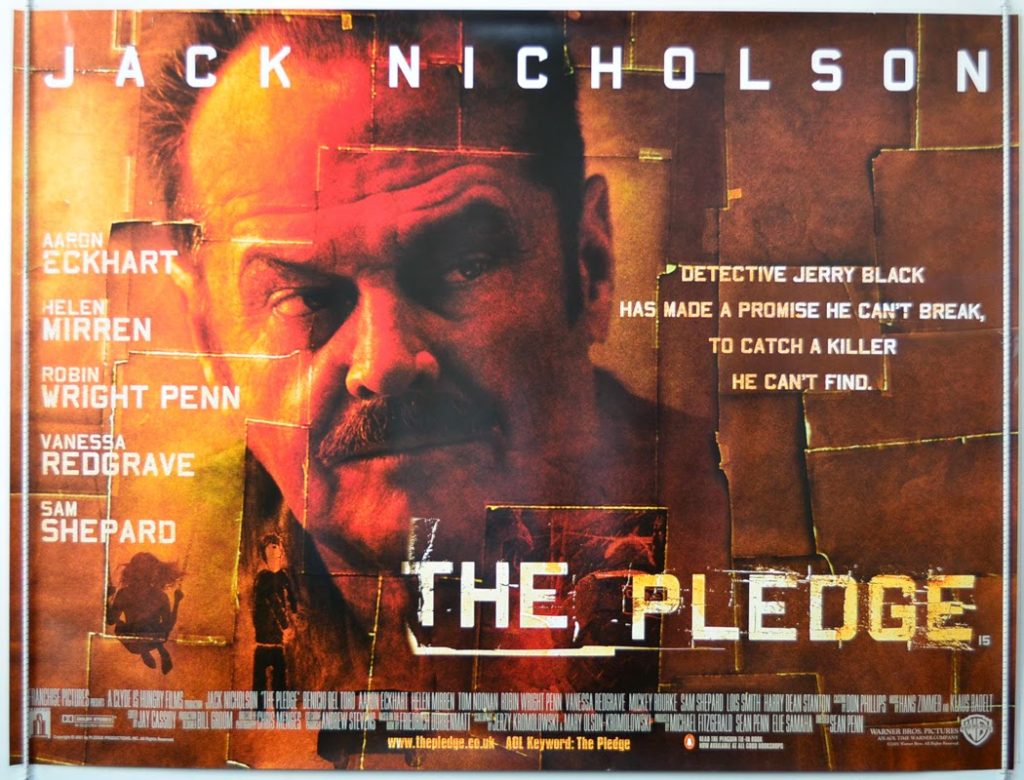 9. “The Burning Plain” (2008)
This movie focuses on an interweaving of three female stories in space and time. One of them cannot survive the sins of the past and produces sins in the present. The second is trying to save the love of her parents. The third starts a secret sinful romance. This is the directorial debut of Guillermo Arriaga – screenwriter of films such as ”Babel,” “Rio I Love You” and “21 Grams.” The film has many famous actors, yet the stunning Charlize Theron stands out from the rest. This is a masterfully filmed movie about the mystic ways of fate. And that in this life it is very important to learn to forgive. First of all – yourself.
IMDb Rating – 6,8

10. “Showgirls” (1995)
Showgirls were met by getting the status of the “Worst Movie of the Decade” according to the Golden Raspberry anti-award, and in 1996, the film received seven Raspberries, collected a monstrous box office, broke the career of Elizabeth Berkeley, and almost buried the Hollywood Odyssey by Paul Verhoeven. There are a thousand explanations for what went wrong. It is important to understand that Verhoeven is a satirist by nature, and America was often the object of his satire. For example, ”Starship Troopers” was meant to be a vague critique of some aspects of American imperialism and how it can lead to a new kind of fascism. Over time, the picture gained well-deserved cult status, Verhoeven had enough self-irony to come for the Golden Raspberries himself (no one dared to do this before or after), and Showgirls had a thrash sequel that no one had seen.
IMDb Rating – 4,5 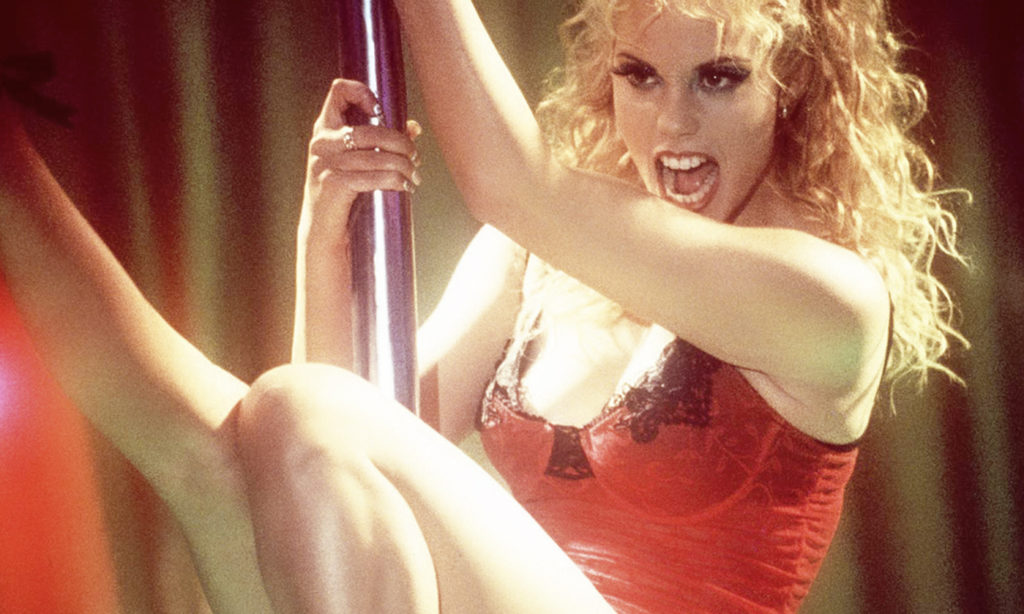