For years, even decades, the zombie apocalypse has remained to be the source of many people’s nightmare. The sight of those flesh-eating, mindless, soulless creatures that were once human walking around, letting out horrifying growls while their bodies were on the verge of falling apart is enough to scare the living daylights out of everyone, including those with nerves of steel.

Despite that, several cinephiles, including non-horror fans, find themselves drawn to movies revolving around these grotesque, bloodthirsty beings. Call it a sense of curiosity. And, well, it can also be that their life is so boring that they have to turn to scary flicks to jazz it up.

Anyhow, no matter what the reason is, without a doubt, zombie apocalypse films are always among what movieholics take delight in watching. If you are looking for some, do not miss them at 123movies-free.sc. Now, it is about time you scroll down and check out my list!

Length: approximately 1 hour and 40 minutes for each movie
The main cast: Milla Jovovich, Michelle Rodriguez, Colin Salmon, and so on

First released in 2002, the first part of this game-to-film adaptation instantly won the heart of several movie fans and made it to many people’s favorite list faster than you can expect. There are 6 movies in total, and they all tell the story of a young girl named Alice as she ventures across a dead world where a dangerous virus has been released from a top-secret lab and turned almost 90% of the population into mindless, ravenous zombies.

Personally, I think the entire series is pretty cool. The lead female character is a real badass, not the regular type of damsel in distress you often see in zombie films. There are tons of epic fighting scenes, just as there are tons of frightening moments when the monsters strike.

Unfortunately, it fails to keep its luster and eventually the last two films turned out to be quite… boring. Not in an everything-turn-ridiculous-and-meaningless way, but definitely not as awesome as the first 4 movies.

Still, if you have no problem with that, Resident Evil available on 123 movies will be a good choice to binge-watch this weekend. 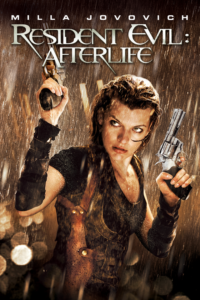 Length: 1 hour and 44 minutes
The main cast: Timothy Balme, Elizabeth Moody, Ian Watkin, and so on

The dead are alive, and they are on the hunt for your blood!

This is literally the motto of this movie because boy! There sure is a lot of blood splashing around throughout its entire length. And no, I am not exaggerating things. From the beginning to the end, the whole movie shows you nothing but bloody and gory scenes. After watching it, you will never be able to see the color red the same way ever again!

Its plot is quite simple though. Some scientists discover a strange monkey and take it back to the city and lock it in a zoo for everyone to see. Of course, like every other horror movie, that is no ordinary monkey, but a deadly monkey carrying a fatal virus that can turn everybody into ravenous zombies. When the main character’s mother was bitten, she was transformed into a mindless monster. And all Hell breaks loose.

Still, the horror scenes are quite creative, but very gruesome and totally not for the faint of heart. Serious. I still remember the scene where a young woman has her face ripped into two parts by an infected baby. And that is nothing compared to many other scenes of the movie. 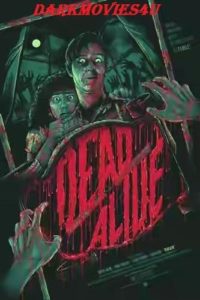 Length: 2 hours and 6 minutes
The main cast: Yo Oizumi, Arimura Kasumi, Nagasawa Masami, and so on

Next, we have I Am A Hero – a live-action adapted from the manga of the same name. Normally, I would not spend time watching Japanese, provided that many of them are not really satisfying and only stop at being so-so. But I have to change my mind after seeing this!

I Am A Hero tells the story of a desperate manga artist struggling to overcome several stumbling blocks in his life. Then, one day, the zombie apocalypse breaks out, and everything spiraled into chaos. With newfound companies, the manga artist must embark on a dangerous journey to survive.

The plot is quite common, if not typical of the horror genre. So why did I add it to the list? Only one reason: The way the film is made, the way it is directed, the place each and every scene takes place are amazing! There are some twists and turns that you never anticipate.

Plus, the zombies that appear in the movie have all been upgraded. They are stronger, more vicious, and more ruthless. Some are even paired with special abilities to make it easier for them to take down the vulnerable human one by one.
Definitely something you must check out if you are an avid fan of zombies! 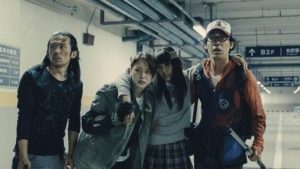 Length: 1 hours and 58 minutes
The main cast: Gong Yoo, Ma Dong-seok, Jung Yu-mi, and so on

Train to Busan is a beautiful film focused on the survival of the unfortunate passengers after flesh-eating zombies invade their train and start taking them down one by one. I know that you might find it weird that I used the word “beautiful” for a horror film, but trust me, only that phrase best suits the message this movie tries to convey.

This is the reason why I consider this Korean flick the greatest among many zombie-themed movies. This is one of the top recommended and trending movies on 123movie. It is violent, it is intense, it is scary and terrifying. But at the same time, it is also emotional and heart-wrenching. This is a horror movie, its meaning runs deeper than just Be smart, be fast, or be dead. There are lots of touching scenes focusing on love – the love between friends, between lovers, and between parents and their children. Even when their life is on the line, the characters still do whatever they can to protect their beloved ones.

And this is what makes Train To Busan special. A word of advice: Get yourself some tissue papers because you are going to break down in tears at the end of the film. 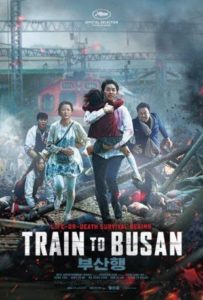 So, what do you think? Are those frightening zombie horror movies enough to give you a sleepless night?

Then go grab some popcorn and have some fun!

If you are eager for more fantastic movies or TV shows to binge-watch, make sure to stick around as more epic films are about to arrive soon. Goodbye, and have an enjoyable day.

Tagged with: I Am a Hero, Resident Evil: Afterlife, Train to Busan