If you’re heading to the hottest entertainment spot in Houston to watch a game or concert, without a doubt, you’ll have to pre-purchase a Toyota Center parking ticket. Boasting as one of the finest venues in the nation with a 2,500 space garage parking and over 10,000 Toyota Center parking lot within walking distance, it’s certainly easy to find a suitable parking space for any event. But the thing is, there can be congestion and delays on the day of the event as the area gets highly crowded before the event begins. So for smooth parking and to prevent spoiling your fun by being stuck in a jam, it’s recommended to purchase your Toyota Center parking tickets before heading to the venue. The seven-story Toyota Center garage parking is connected by a private sky bridge accessible for premium guests such as the Club and Suite ticket holders. Toyota Center parking also provides accessible parking, which is available adjacent to the arena on the 1st and 3rd levels of garage parking and around the surrounding independent surface lots. Still, the parking space would usually depend on the type of event held.

How To Buy Toyota Center Parking 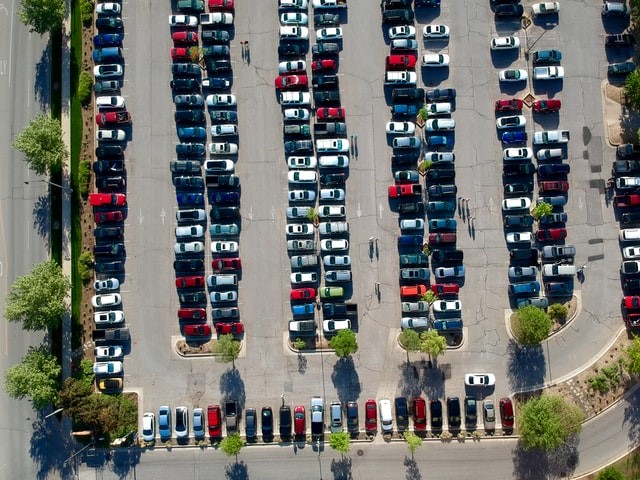 Located in Houston, Texas, at 1510 Polk Street, the indoor arena, Toyota Center, opened in 2003 and is named after the Japanese automobile manufacturer. With a construction cost of $235 million, the venue can accommodate 19,000 guests for concerts and 18,055 guests for basketball. Also, it has 2,900 club seats and 103 luxury suites such as the Golden Nugget Club and Lexus Lounge. It has been the home field of NBA’s Houston Rockets since it opened and has also served as home to WNBA’s Houston Comets and AHL’s Houston Aeros. As one of the top-ranking live entertainment venues, Toyota Center’s lounge and club suites provide upscale amenities with numerous features. Now, when planning to attend events at such a venue, without a Toyota Center parking pass, it will be challenging to find a space to park your car as you’ll be driving around the blocks, which is time-consuming and troublesome. So to ensure you have the best time at the venue, whether it be a concert or to watch a game, reserving your parking at Toyota Center ahead of the event is a smart move.

Since its opening, the venue has set the bar high for entertainment and sports, making it one of the most popular destinations. That being said, Toyota Center hosts some of the best shows and concerts throughout the year. The first artist to hold a concert at the venue was Fleetwood Mac, and the Rockets’ first game at the venue was played against the Denver Nuggets. Over the years, the arena has hosted several sports events, including UFC, WWE, NBA All-Star Games, and Bellator MMA. Some prominent artists that played concerts at the venue are Red Hot Chili Peppers, Justin Bieber, Enrique Iglesias, Lana Del Rey and Miley Cyrus. Other notable events include the 9th Annual Latin Grammy Awards and the Kellogg’s Tour of Gymnastics Champions. If you are to any event at the venue this year, reserve your lot at Toyota Center parking ahead of time, as even parking tickets can sell out soon.

As one of the best entertainment venues, Toyota Center has the most comfortable seating than any other arena, and your experience will be second to none. No wonder the venue has won several awards, such as the “Rookie of the Year” award by the Harlem Globetrotters and the Allen Award for Civic Enhancement by Central Houston. Not only that, but the venue is also Texas’ first professional sports facility to receive the Silver Certification for Leadership in Energy and Environmental Design. There’s ample space at Toyota Center parking, and several exciting events are scheduled to be held at the venue. So if you’re looking forward to attending any event this year with your friends and family, reserve your Toyota Center parking lot ahead of time to avoid the last-minute parking hassles and won’t have to waste your time. You’ll find several parking options at varying prices, which can change depending on the event. Hence, to get a Toyota Center parking pass at an affordable price, it’s best to book them online as there are always exciting offers. When you book online, you can effortlessly purchase a parking ticket at a price you’re looking for and at your preferred spot.

Whether you’re a fan of basketball, boxing or love attending concerts, you’d be thrilled to know that the venue is loaded with back-to-back events, and you won’t want to miss out on any of them. You can catch the Rockets at their home games during the pre-season, facing teams like Miami Heat, Washington Wizards, and Boston Celtics. You can witness the WBC Middleweight World Championship between Jermall Charlo Vs. Maciej Sulecki. Or, if you’re a concert-goer, renowned artists such as Machine Gun Kelly, Swedish House Mafia, Twenty One Pilots, and New Kids On The Block will be performing live at the venue. So if you have tickets for such events, book a parking space ahead of time so that you can know exactly where to park the car, and it’ll also be easier for you to find your way around the venue. In addition, if you’re looking for a special parking area, you can also have the Toyota Center club parking option to park your car away from crowded places.

To avoid the crowded general parking area, the best option is to get your hands on a Toyota Center VIP parking pass to gain entry to the venue from a dedicated VIP entrance, and you won’t have to miss out on any second of the show.

How Much Does Toyota Center VIP Parking Cost?