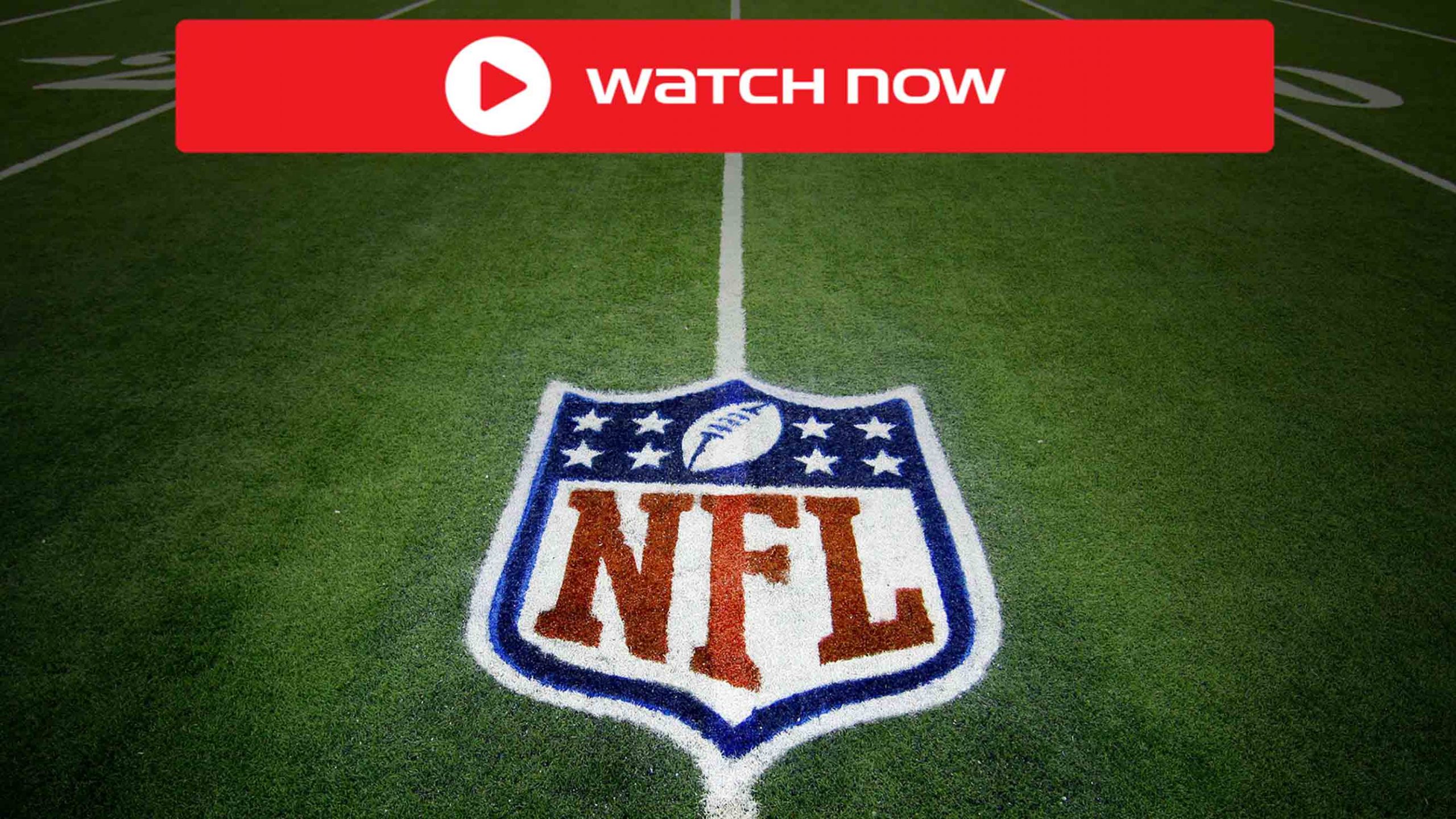 The Dallas Cowboys and Washington Football Team will close out the NFL’s Thanksgiving slate with a matchup at AT&T Stadium.

The Dallas Cowboys and the Washington Football Team will face off in an NFC East clash at 4:30 p.m. ET Nov. 26 at AT&T Stadium. Dallas will be hoping to continue their now three-game streak of scoring more points each contest than the last. Washington (3-7) and Dallas (3-7) currently are only percentage points behind the Philadelphia Eagles (3-6-1) for the best record in the division. Kickoff is scheduled for 1:30 p.m. PT.

The Cowboys will be playing in their 53rd Thanksgiving game, but they’ll be doing it without franchise quarterback Dak Prescott, who suffered a season-ending ankle injury in Week 5. Andy Dalton will quarterback Dallas against Washington’s Alex Smith, who has successfully returned from a gruesome broken leg injury in 2018.

Here’s everything you need to know to watch the Cowboys vs. Washington game on Thanksgiving day, including kickoff time, TV channels, Live Stream guide and more.

Cowboys vs. Washington is the second of two games on Thanksgiving. It’ll come after the conclusion of Lions vs. Texans to open the day. Today’s game is scheduled to begin at 4:30 p.m. ET on FOX.

How to Watch Cowboys vs Washington Live Stream From Anywhere:

If you have a valid cable login, today’s Cowboys game will be streamed nationally on Fox.com, the FOX Sports website, and the FOX Sports app (available on iTunes, Amazon, and Google Play). You can also access a FOX live stream with an active subscription to fuboTV, Sling TV, YouTube TV, Hulu + Live TV, or AT&T TV NOW.

The Thanksgiving Day late afternoon game will get Fox’s No. 1 crew. That means Joe Buck will do the play-by-play duties with former Cowboys quarterback Troy Aikman alongside him as the colour commentator. Fox has gone with dual sideline reporters this season, having both Erin Andrews and Kristina Pink work with Buck and Aikman.

In Canada, viewers can watch Cowboys vs. Washington on DAZN, which has rights to every NFL game.

How to Watch Cowboys vs Washington Game Live Without Cable:

If you don’t have cable and can’t watch this game on CBS, you can get a free trial from YouTube TV, Hulu with Live TV, AT&T TV Now, FuboTV, or Sling TV to stream the Cowboys vs Washington game. The game is often a little bit delayed on live streams, but usually, it’s only between 30 and 60 seconds behind the TV broadcast. That can impact you if you’re on Twitter during the game, but otherwise, it’s an easy option.

Depending on your location, you may be able to watch the Cowboys game live on Hulu via an active subscription to Hulu + Live TV. Hulu’s streaming service offers a FOX live stream. A seven-day free trial is available for new and eligible subscribers.

Another NFL live stream option is Yahoo Sports. Live local and primetime games are available to stream for free via the Yahoo Sports app and NFL app.

Stream your local NFL on CBS games lives on your TV, phone, or other connected devices with CBS All Access, CBS.com, or the CBS app through your TV provider.

Get NFL Network live with fuboTV. Watch the football season online live and on-demand, anytime and anywhere on your computer, phone, tablet, or streaming device. fuboTV offers a free 7-day trial, with a reminder of the trial end date on the 6th.

How to Watch Texans vs Lions Live From Other Countries:

ESPN+ is the official holder of broadcast rights for the Cowboys vs Washington game. ESPN+ is offering the fight as a PPV option for viewers in the US. Many broadcasters from around the world will also screen the war, in some countries it may be PPV, and in others, it may be free, everything depends on the agreement between the broadcaster and the ESPN+.

NFL 2020-21 games will air on ESPN, NFL Network and local FOX, NBC and CBS affiliates. So, that makes it really easy to recommend where cord-cutters should turn to watch the NFL season.

American football fans can watch up to six NFL games live each week courtesy of the new Sky Sports NFL channel along with access to the live RedZone highlights shows each Sunday. This Cowboys and Washington matchup is one of Sky’s featured games this weekend, but you can also tune in via the NFL Game Pass Pro, with its £143.99 subscription giving you access to every single game of the 2020/21 season (subject to blackouts) including the playoffs, Super Bowl, plus RedZone access on top. Not in the UK but still want to catch the action on Game Pass? Then utilising a VPN will let you log into a UK IP address so you can live stream NFL as if you were at home.

If you’re planning on watching this Cowboys vs Washington Live Stream in Australia, then you’ll need to have access to ESPN as they own the rights to show live NFL action in Australia. While the network is available as part of most Foxtel TV packages, you can access ESPN just as easily via Kayo Sports.

The over-the-top service will let you stream loads of top-level sport – including Spain’s La Liga and F1 motor racing, all for the very reasonable price of just $25 per month for a basic package, or $35 a month for the premium offering. Even better, Kayo Sports is contract-free and offers a 14-day FREE TRIAL for first-time users to the service.

Streaming service DAZN has exclusive live coverage of all 2020-21 regular-season games in Canada. Priced at CA$20 a month or $150 a year, the subscription will also provide NFL Game Pass and RedZone access, alongside all of DAZN’s amazing live sports roster.

How a VPN Can Help You Watch This Game:

By enabling you to trick the internet into believing you are somewhere that you are not, a VPN will help you watch Thanksgiving NFL Games. Say, for instance, you’re in Iceland and you don’t have a way to watch the Cowboys vs Washington live stream. You can connect to any country where the football game is streaming by using a VPN.

ExpressVPN is one of the world’s premier VPNs. They are absolutely unobtrusive and clean. As long as your connection to the internet is secure, you will never have a problem connecting to a server in another country. Their service, which is a more costly service, costs $12.95 each month.

If you are looking for something less costly than ExpressVPN, IPVanish is a decent deal. You can save a few bucks every single month for just $10 a month and still get a fantastic VPN service. They have access to over 60 nations, so you can easily watch the Cowboys vs Washington game.

Another nice VPN service is NordVPN. They have fewer servers than the other two VPN services mentioned, but they still provide a high-quality VPN service. They charge a monthly fee of $11.95, a little less than ExpressVPN, but a little more than IPVanish. With NordVPN, you get access to 62 different countries.

One of the strongest VPN providers is Pure VPN. They have a large number of servers all over the globe. By using this VPN service, UFC fans can watch live streams. You may also use a VPN service to watch over your computer, mobile, and tablet devices.

There is plenty of social media activity to cover the 2020 NFL Thanksgiving Game. For highlights and snippets of any given matchup, you can look all over the internet. On social media, just make sure you follow your favourite NFL teams to get updates on their players and how they do in their matches. On Reddit, Facebook, Twitter, and Instagram, you will track Super Awards.

One of the best ways to catch highlights from any given football game is YouTube. In their matches, most of the teams and SANZAAR will be posting how they do. Depending on what country you are viewing the highlights in, those highlights can be blocked. If that is the case, then you can still replay the highlights using a VPN.

Facebook is an excellent way to track your favourite NFL game. They will not only post updates about how the games are going on on the official Facebook pages, but they will also post updates during the week about how their training is going and getting ready for the big show. Certainly, Facebook is a spot you don’t want to miss out on.

I hope that know you would be able to watch the games of your favourite NFL Football teams no matter wherever you are because after all, this excitement comes only once in a year so it is not something you should miss at any cost.