The 2022 NFL season is in full swing, complete with thrilling finishes, standout rookies, and more Tom Brady drama than anyone could ever demand. The Week 9 slate features a Thursday night clash between the Houston Texans and the undefeated Philadelphia Eagles, a high-stakes AFC East showdown featuring the New York Jets and Buffalo Bills, and a must-see Sunday night battle involving the Kansas City Chiefs and Tennessee Titans. If you want to watch NFL live stream free from anywhere then you need to use a best streaming VPN for fast blazing HD with no buffer and blackout.

Read on to learn how to live stream NFL football securely with ExpressVPN and enjoy every second of the action, all season long!

Week 9 TV Schedule and how to watch online

If you’re looking to watch out-of-market NFL games, or don’t have a U.S. cable subscription, NFL Game Pass International is your best option, as it offers live streams of every NFL game without blackouts.

You can access NFL Game Pass worldwide (outside the U.S. and Canada), but some games are blacked out in parts of Europe as well. Only users who sign up for Game Pass from select locations will have live-streaming access to every game, everywhere. Prices vary by region.

To watch NFL Game Pass International with a VPN:

Connect to a non-U.S. location where all games are available. For assistance, contact ExpressVPN Support via live chat.

Sit back and enjoy! 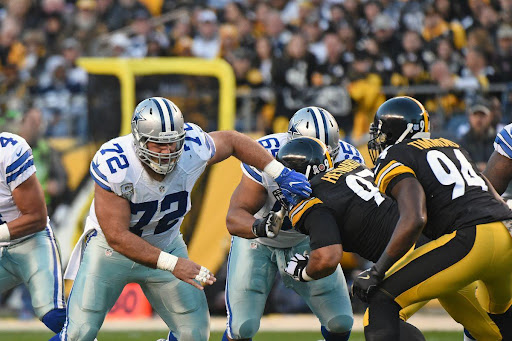 New in 2022, the NFL+ app offers NFL game live streams for a single team (within your home market) along with national primetime games. However NFL+ is only available for live streams on mobile and tablet devices, and does not stream as reliably as Game Pass. It provides streams of out-of-market preseason games, live game audio (for all games, with all feeds), and the NFL Films archive, but if you want to stream NFL games on your TV without blackouts, Game Pass International is the way to go.

In most other markets, such as Mexico, Brazil, and most EU countries, the international NFL Game Pass offers all 256 regular-season games plus the NFL Playoffs and Super Bowl. Users trying to watch the NFL in the UK or Ireland are subject to blackouts on some games, and for viewers who want to stream the NFL in Canada, Game Pass is available exclusively through DAZN.

One way to get your NFL fix is to explore cord-cutting services that have free trials. These services allow you to explore what works for you without making a financial commitment.

Fan can tune in to the 2022-23 NFL season live on DAZN. You may need to provide a valid Canadian credit/debit card and postal code (e.g., G1X 2W1, V9N 9C5). If you don’t have a Canadian bank account, you can subscribe via PayPal, Apple in-app purchase, or (pre-paid) gift card.

To watch the NFL live on DAZN:

Connect to a server location in Canada.

Tune in and enjoy!

YouTube offers a variety of channels that carry NFL games and the subscription costs 65 USD/month. You may need to submit a U.S. zip code (e.g., 10022, 48104, etc.), but it accepts a wide array of payment options. If you don’t feel like committing to YouTube TV, use the five-day free trial.

Connect to a server location in the U.S.

Stream the NFL on fuboTV

How about another way to catch NFL games? Use the seven-day free trial on fuboTV to watch more football and other sports like MLB and the NHL!  It will charge 70 USD/month.(Seven day free trial).

You need to Get ExpressVPN.and connect to a server location in the United States, such as Chicago. Sign up on fuboTV. Tune in and enjoy!

Hulu+Live TV is another way to catch live NFL games, although it doesn’t come with a free trial. Games shown are subject to regional availability and blackout restrictions. You may need to supply a valid U.S. postal code (e.g., 10012, 48104) and credit card.

Get ExpressVPN.and connect to a server location in the United States, such as Chicago. For assistance, contact ExpressVPN Support via live chat. Go to Hulu and select a plan.

Tune in to the action!

Watch the NFL live for free on 7plus

Australia’s Seven network airs two free games per week, with NFL live streams on its streaming platform 7plus, and will also air every playoff game. During the week you can also find replays, highlights, on-demand shows, and other bonus content on its 7mate channel.

The Week 5 slate on 7plus includes the Chicago Bears visiting the Minnesota Vikings in the early game, along with the Arizona Cardinals hosting the undefeated Philadelphia Eagles in the late game at 7:30 a.m. AEDT.

To watch the NFL for free online on 7plus:

You need to Get ExpressVPN.

Connect to a server location in Australia

Check the schedule and start streaming on the 7mate channel!

After previously airing on Fox and the NFL Network from 2018-21, Thursday Night Football officially moves to Amazon Prime Video for the 2022 season. This marks the first time NFL games have been locked behind a subscription service. However, fans in local markets will be able to watch the games without a Prime subscription. For example, a Chiefs fan living in Kansas City can watch the Chiefs-Chargers showdown through a local affiliate (depending on the market) in Week 2. All TNF games will air at 8:20 p.m. ET each week.

If you follow an AFC team, Paramount+ streams games that are broadcast on CBS at 5 USD/month, though you’ll have to ensure your location matches the correction market. If you don’t feel like committing to Paramount+ or only want to watch a specific game, there’s a seven-day free trial.

To watch risk free from anywhere:

Connect to a server location in the U.S. that matches one of the teams in the game

Sling TV provides access to most channels airing NFL games except for CBS and Amazon (so it’s a better solution if you follow an NFC team). It’s cost 35 USD/month and up.

To watch the NFL live on Sling TV:

Connect to a server location in the United States, such as Los Angeles. For assistance, contact ExpressVPN Support via live chat.

Go to Sling TV and sign up for Sling Orange and Blue.

Tune in and enjoy!

Want it on the big screen? Learn about all the ways to get ExpressVPN on your TV.

Connect to a server location in the U.S.

If you’re looking for more information before committing to a Game Pass subscription, here are some answers to some of the questions you may have:

In a word, no. Regional broadcasting rights in the UK and the Republic of Ireland mean certain games are subject to blackout restrictions.

This applies even if a subscriber from the UK or Ireland is in another part of the EU. Existing EU Portability Regulations require UK and Ireland blackout restrictions to apply no matter where in the EU the subscriber is.

Can I watch NFL Game Pass in Europe?

EU viewers who subscribe to NFL Game Pass from most locations other than the UK or Ireland should have access to all games live, although limited blackouts may apply if such users try to watch from the UK or Ireland.

Where is the cheapest location to get NFL International Game Pass?

NFL international Game Pass prices vary from region to region, but South American locations tend to offer the lowest prices, which can get as low as 75 USD for the season. For information about specific countries, contact ExpressVPN Support.

Which devices can I watch International NFL Game Pass on?

NFL Game Pass works on the following devices. To set up  ExpressVPN.