Santa Monica native and entrepreneur, Rose Adkins Hulse, continues to thrive in the entertainment business. Through her tireless efforts and unstoppable drive, Hulse successfully “broke the snow globe of her life” and has inspired the future of television by creating ScreenHits TV, the one stop streaming service for your favorite content.

In an interview with TheVoiceNewspaper, Hulse described ScreenHits TV as what she thought would be her biggest failure, turned into her greatest success. After working at several notable media companies such as, but not limited to, Universal Pictures, Sundance Institute, and The Hollywood Reporter, as well as relocating to different parts of the country and now currently living in London, Hulse attempted to create her own startup companies, but to no avail, they were unsuccessful. In the interview, Hulse attributed her failures to not contributing enough time to her businesses and recommended young entrepreneurs invest “100%” into their innovative ideas and startup companies. Hulse continued to explain that after running the North American Division in Los Angeles and New York for a British music company, she realized it was time to give her ideas another attempt. Rose Adkins Hulse described that empowering moment as “breaking the snow globe of her life” and decided to invest all of her time and energy into creating ScreenHits TV, which is now a huge success.

Tackling the Business World as a Woman of Color

It is no secret that being a woman, let alone a woman of color, comes with its challenges in Corporate America, but Hulse decided to rise above those obstacles and create a powerful empire that would evolve the future of technology. In an article published in Grazia, written by Hulse, she discussed her views regarding the Black Lives Matter movement and stated that she now “sees a different narrative” to her work experience as a woman of color that she did not see before. She described feeling an “internal conflict” with her upbringing that made it very difficult for her to come to terms with the injustice that is present in today’s world. Hulse explained that making her mark in the industry was not an easy task given the challenges against her as a young, African American woman. She states, “the sad thing is people are not used to seeing people like me starting businesses, innovating tech, creating the next unicorn.” Hulse further discussed how important it is for women to manifest their ideas and put them out into the world in order to see success.

In addition, Hulse quoted her favorite artist, Amadeo Modigliani, by saying “it is your duty in life to save your dream.” She understands the struggle of being taken seriously in the corporate environment, but believes “there is no one who can take what is rightfully yours” and despite the diversity issues that still exist in this world, she “cannot diminish the triumphant advancement” of her people against so much adversity. She goes on to say, “one paves the way for others to follow and follow we shall.”

The Seventh Revolution of Television

During the height of the coronavirus pandemic that swept the globe, many were advised to stay home in efforts to stop the spread. However, as a society that loves to live life in the fast lane, it was necessary to find hobbies and activities to entertain and occupy time as easily as possible. During a time when television faced a severe decline due to not being able to film and produce new episodes of television programs, many relied on streaming services such as Netflix and Hulu for entertainment. When asked about the future of ScreenHits TV in her recent interview with TheVoiceNewspaper, Hulse described her company as “the seventh revolution of television”. She elaborated by saying that as a society, we are essentially “cord-cutting” by making the transition from television to online streaming services and is proud that ScreenHits TV is the service “pulling it all together” for a user-friendly and cost-efficient experience.

On a more personal level, Hulse is honored that her company is on the forefront of change, not only for the future of technology, but for a cultural revolution as well. She expressed that the ScreenHits TV team is incredibly diverse and hopes that other companies will follow suit for their businesses as well. As a woman who has fought tirelessly to create a company from the ground up after several attempts at starting her own businesses, experienced cultural bias as an African American woman in Corporate America and is now leading a highly successful streaming company that will contribute to the future of technology and television as a whole, Hulse is truly the inspiration we all needed for a year that has been through its trials and tribulations. It is incredibly uplifting to see a woman with so much drive and aspiration leading the future of technology. Cheers to Rose Adkins Hulse and to all of her endeavors! 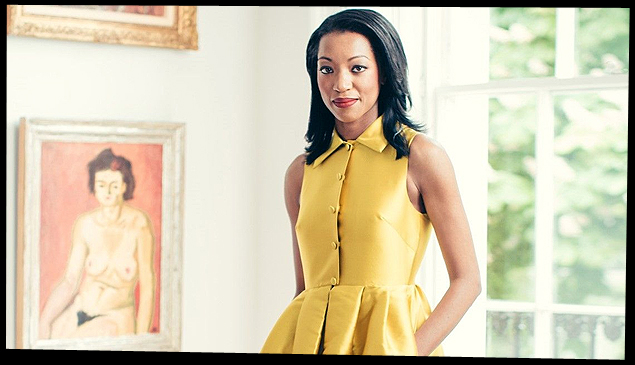