On Christmas Day, the Denver Bronco’s struggles came to a head in a humiliating 5-14 loss to the Rams, which was the tipping point for new ownership. After less than a season on the job, Nathaniel Hackett was fired, leaving the team needing to find a replacement. After recent results, this can only be described as a necessary action for the franchise. Right now, significant adjustments are required to put the Broncos back on the correct track. 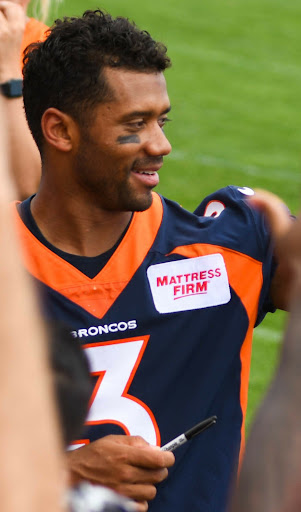 One of the biggest issues for the Broncos has been Russel Wilson. Although Hackett was undoubtedly a problem, Wilson’s poor form since arriving in Denver has been a major disappointment. This could be a make-or-break year for Wilson, who has so far failed to deliver. Despite being a star quarterback at Seattle and helping them reach two Super Bowls, he’s struggled in Denver.

In their most recent game, Wilson threw three interceptions before a meaningless touchdown drive in the fourth quarter. With a new coach, the Broncos may be able to improve, but Wilson will have to step up and improve his performances. You can find odds for all of the Broncos matches and bet on NFL games at Betway.

Hackett was almost certainly on his way out at the end of the season, but the poor performance on Christmas day forced their hand. After being humiliated by the LA Rams, Hackett was shown the door, and this may be the change that Wilson and the Broncos need to improve. The head coach seemed to be out of his depth, and a change could lead to some new ideas and better results.

Before taking the helm in Denver, Hackett worked as an offensive coordinator for eight years, with varying degrees of success. He was fired from the Jaguars during the 2018 season, but at his next role for the Packers, he had much more success. Still, he wasn’t calling the plays, and it was perhaps a move too soon to become a head coach.

Wilson had been in contention for a future Hall of Fame spot before moving to the Broncos in 2022. However, things have really gone downhill since then, with the quarterback struggling to do anything meaningful with the ball. He left the Seattle Seahawks due to a fallout with management and “checking out” midseason. This attitude problem may have carried on to his new team, and it seems that he was allowed too much power by Hackett.

Despite being one of the best red zone quarterbacks in recent seasons, the Broncos have really struggled in the red zone this season. This is made all the more ironic by the fact that Hackett was in charge of organizing one of the best red zone offenses in the league. Wilson has been the league’s worst quarterback in the red zone so far this year. He now has a QBR of 6.3. falling from 91.9 the previous season.

Additionally, Wilson is also struggling due to a lack of mobility. As he’s gotten older, he’s become less effective at scrambles, which he’d previously used to handle pressure situations and escape sacks. This season, he’s ranked 28th under pressure, and his sack rate has increased from 20% to 27%.

How Can Wilson Improve?

Wilson hasn’t lost his talent overnight, and he’s still doing well in some areas. He’s still good at throwing out of structure and at making deep passes. This is a positive sign for any new coach coming in, who can perhaps work closely with Wilson to figure out what’s wrong and how to make the most of these strengths. Ideally, the team should focus on ways to get Wilson back to his best, but if it’s not possible, then it will be an expensive lesson for the new owners.