Prepping for a film shoot is a big deal. Whether it’s an interview, a commercial, a documentary, or the next big-budget blockbuster, having the right tools, resources, and most importantly, setting, is key to your success.

There are literally thousands of places to film, so we’ve narrowed it down to four unique film shoot locations in West Hollywood to help you find the right setting for your next filmmaking project. We’ll also include information on permitting, restrictions, and resources for filmmakers to help make your next endeavor a hit. 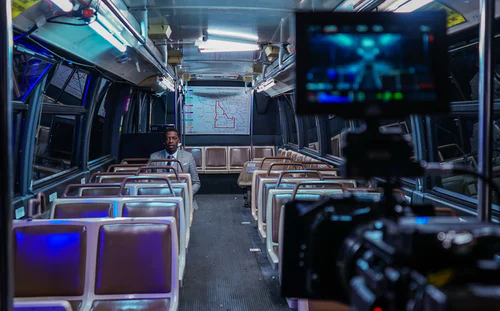 As with most places, there are a few restrictions on filming that you’ll need to be aware of before you start the camera rolling.

All filming in West Hollywood requires a permit from the West Hollywood Film Office. This includes all interior and exterior spaces as well as both public and private venues. There are also additional insurance requirements, notification requirements, jurisdiction restrictions, and rain check policies.

The West Hollywood Film Office offers up-to-date policies and procedures, as well as all necessary paperwork.

Apart from the proper paperwork and insurance, additional restrictions apply to the operation of drones and special equipment, each of which will need to be permitted before use.

Filming venues are also to be closed to the public — even public or private spaces and both interior and exterior spaces.

Furthermore, all shoots are required to follow all health and safety codes and to have fire and emergency services present in the event of an emergency.  The City of West Hollywood has a full list of all necessary accommodations ranging from student productions to interviews and full movie shoots.

The organization even has legal resources, as well as links to staffing sources and other important benefits for anyone looking to create a film. 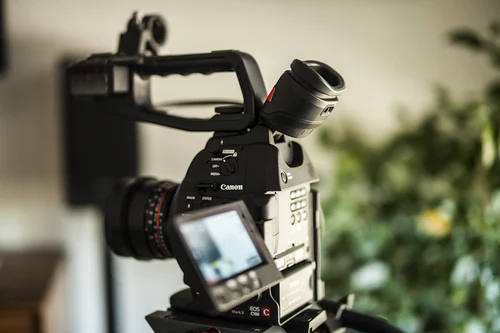 Now that we’ve covered the red tape, it’s time to start scouting for the perfect West Hollywood film shoot location. Here are four of our favorites.

Located in the historic Hollywood Hills, the Park Hill Estate offers a grand space for filming. With multiple rooms, the 1920’s home has all the charm of its era combined with lots of modern amenities that make it great for filming as both a period setting or a current home.

The grounds are lush and well decorated, with plenty of outdoor scenery. Whether you’re filming a short film, a TV drama, or anything in between, the Park Hill Estate has something for every production.

For an intimate interview setting, this studio is the perfect place to make special guests feel welcome and to get excellent sound and production quality without a lot of setup and hassle.

The venue comes pre-stocked with chairs, tables, lighting, audio, and filming equipment. It’s a great choice for filming interviews, podcasts, or YouTube videos without worrying about outside noise, lots of production costs, or interference.

If you want a unique setting, then Formosa is definitely a special place. Originally just a traditional Asian-themed restaurant, the venue has now become a go-to spot for filming movies and TV series. Clark Gable, Brad Pitt, and dozens of other movie stars have dined here, and the cafe has featured in several films and TV shows.

This venue is impressive as a restaurant setting for filming, but if you’re looking for a truly authentic Asian feel, you’d struggle to do better than this historic Los Angeles and now West Hollywood spot.

Looking for a glitzy West Hollywood film venue with all the amenities you need to make a blockbuster? Raleigh Studios is massive, multi-use filming space that can suit a variety of needs. Complete with more than a dozen sound stages, on-site catering, and screening rooms, Raleigh has everything you could want from a film shoot location.

Not only is Raleigh well-equipped, but it’s also historically significant. One of the oldest operating film studios in the world, Raleigh Studios has hosted performances since 1915.

Apart from the proper paperwork and insurance, additional restrictions apply to the operation of tethered drones and special equipment, each of which will need to be permitted before use. Filming venues are also to be closed to the public — even public or private spaces and both interior and exterior spaces.

Choosing from any of the hundreds or even thousands of places to film can be time-consuming and exhausting. Hopefully, you’ve gained some inspiration from a few of our choices. West Hollywood has more than its fair share of history and charm.

The next time you’re looking for a location to shoot, consider one of these fabulous locations.