Games are dime-a-dozen. However, game developers, from time to time, create games that are really worth playing, like online mobile slots. So, what we did is to gather the seven best games for 2020. Some of these are paid and some are not.

This game costs $10. It was taken from a popular comic book series from Japan. Battle Chasers is an RPG. Here, you will be taking the role of Gully, a young girl whose goal is to find her father.

Her father, Aramus, mysteriously disappeared. When he was gone, he left a magical gauntlet. You need to learn how to use this gauntlet, and then also earn how to summon your allies like the golem.

Although the game is paid, you do not need to pay for in-app purchases. There are also no downloadable contents, so you are buying the complete package. This is great, as it is not one of those play-to-win games. 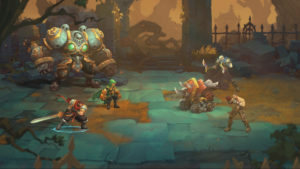 This game also costs $10. It is a zombie apocalypse game, one in which you take the role of a person stranded in a city full of zombies. As the title implies, the entire game is set in apocalyptic Canada.

Here, your character is part of a group. Your mission is to explore the cities, avoid zombies or kill them, and pick various weapons. You can also upgrade your weapons and customize them.

From hockey sticks to flamethrowers, the game has a lot of weapons to offer. You can also create small versions of your family if you want. With a total of 10 game modes, you can play the game over and over again.

This is one of those idle games that you can play while you watch TV. Here, you take control of penguins. Your job is to create a habitat for the penguins, and then just sit back and relax as they do their thing. The game has great animation and scenery—something that can make you appreciate the artistic capabilities of the game devs.

It is a great game with a high satisfaction rating. However, many people complain that it is ridden with ads. This is okay, considering that this is a game that does not need any concentration. You can watch it while watching TV and just let the game go through with the motions. 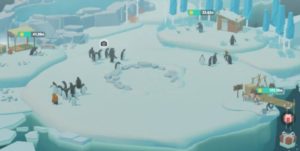 Following the success of the Netflix series, this Japanese hero manga has taken the mobile world by storm. The One Punch Man game is a turn-taking battle where you get to control random heroes found in the story.

As you fight the various villains, you get to earn hero cards. You can also use special moves to defeat your enemies. The trick to winning is pacing your action. If you want, you can join the player-versus-player mode. Also, there is an Extreme Trial mode if you ever get tired of the base game.

This game costs $5. Here, you will be taking the role of a game developer trying to make games in the early 1980s. As you progress, you need to move to an office. As you make more money, you also get to hire developers, and you will be able to see how much money your games made.

The game’s progression is like a basic form of the SIMS. You need to work your way up until you get rich by making games. You start coding games in your garage, then sell the games. Finally, you will become rich. At $5, this game will give you a lot of hours of playtime.

This is a complicated game. To understand it, you need to watch the game trailer, so you get an idea of how it works. Your goal is to jump or flip until you get further in the game levels. There are several characters that you can use, but you can only unlock them as you progress in the game.

The characters are made of blocks—like a modern stickman, and you have to jump from one block to another in what seems like a chessboard. Once you hit an enemy, that enemy dies and you get points.

There go our seven top games for android this 2020. Pick among our list depending on the genre you want—from RPG to idle games, our list certainly has one that will make you enjoy and pass the time. All these games are on Android, and some of them are available on iOS.