The CW has greenlit new seasons of scripted hours “Arrow,” “Crazy Ex-Girlfriend,” “D.C.’s Legends of Tomorrow,” “The Flash,” “Jane the Virgin,” “Supergirl” and “Supernatural,” which will all be present in the 2017-18 season. For “Crazy Ex-Girlfriend” and “Jane the Virgins” the pick-ups are a result of the ongoing critical acclaim. Neither one-hour comedy has generated much interest a la the traditional Nielsen ratings. And “Supernatural,” which is heading into season 13, will become the ninth longest-running scripted drama in television history (behind “Gunsmoke” and “Law & Order,” “Law & Order: SVU,” “Lassie,” “CSI” and “ER,” “NCIS” and “Bonanza”). The original “Hawaii Five-O” and “NYPD Blue,” at 12 seasons each, are now tied at No. 10 overall.

Of the three new CW dramas this season, “Frequency” and “No Tomorrow” have been canceled and “Riverdale,” based on the iconic characters from the “Archie” comic book franchise, debuts on Thursday, Jan. 26 at 9 p.m. ET.

Programming Insider‘s Douglas Pucci was a guest on “The Morning Fix” with JJ and Scott on Northern Iowa’s Y100.1 FM to discuss The CW’s series pickups. 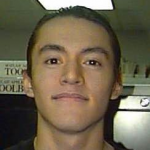