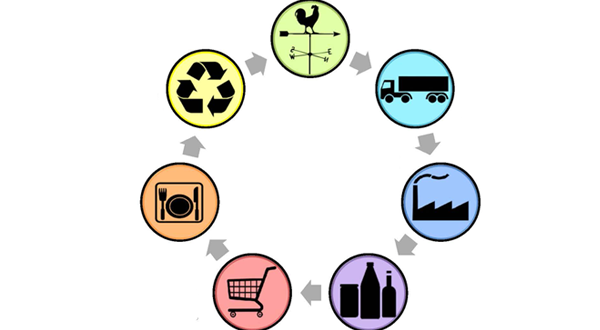 Data Systems International (DSI®) has reshaped the supply landscape for a number of food and beverage companies like Old Dutch Foods, AG Barr, Yalumba Wine Company, and the world’s second largest brewer with their revolutionary supply chain software Cloud Inventory®. By providing visibility into raw materials and warehouse inventories, DSI has helped these companies achieve new levels of success in both manufacturing and last-mile delivery to customers to ensure unrivaled satisfaction.

Old Dutch Foods is a family-owned business that operates out of Roseville, Minnesota, and has been around since 1934. They employ over 1,400 people and produce snack foods including chips, popcorn, pretzels, dips, and salsa. Even though Old Dutch Foods had succeeded in providing quality chips and other snacks to customers, their outdated supply chain system hindered their ability to grow and reach more customers. What they needed was an agile, streamlined system that delivered efficiency, control, and adaptability, which was all found in DSI’s complete end-to-end digital supply chain solution. DSI’s software was integrated into Old Dutch Foods’ enterprise software and facilitated secure, real-time updates between mobile devices and the back-end system, which was able to eliminate manual data entry. They then furthered their investment with DSI’s platform to create an off-premise mobile app so that field sales could optimize direct store delivery operations, as their delivery drivers were previously strained by an inefficient process for completing deliveries and sales orders. Old Dutch Foods was able to eliminate costly third-party support and expensive mobile developers. More importantly, their drivers could now focus more time on selling products versus administrative work, and new sales orders and confirmed deliveries are automatically updated in the backend system, accelerating the order-to-cash cycle.

AG Barr is a drink manufacturer based in Cumbernauld, Scotland, that was established 140 years ago and produces 1,500,000 liters of product per day. AG Barr plans to upgrade their existing warehouse sites and construct a new automated warehouse in 2022. Before doing so, they needed a new inventory management solution for their raw materials warehouse, storing everything from raw ingredients to syrups used in the production. The raw materials warehouse contains thousands of pounds worth of stock that have time-sensitive expiration dates, and the existing manual paper-based processes used to record inventory often created a 48-hour lag. What AG Barr needed was to remove their paper-based processes, create a unified barcoding system, and have true real-time inventory track and trace. AG Barr selected DSI as an inventory management system because it was crucial the solution they chose would work harmoniously with their other warehouse systems. Their digital transformation of inventory processes generated a positive return on investment, and they were able to make configurations to their backend JD Edwards system after having a full real-time view of their inventory. AG Barr now has standard places for inventory, reduced picking times, and a warning process for inventory that is running low, as well as a reduction in wasted raw materials due to better tracking of expiration dates.

Yalumba Wine Company is Australia’s oldest family-owned winery, producing top-tier selections since 1849. Over the course of its history, the company has expanded its business across agriculture and manufacturing with domestic and international distribution. To sustain its growth and meet customer needs, Yalumba needed to improve efficiency in the warehouse processes, increase visibility of overall stock, and provide accurate data to warehouse personnel. Yalumba’s main challenge was that its ERP system rarely reflected correct stock levels because of manually recorded processes, which caused employees to often be directed to pick stock from a location that had already been taken on previous orders. Yalumba chose the DSI platform, including its mobile-first supply chain apps, and implemented these DSI apps to provide two-way communication between its enterprise software and mobile devices. DSI’s solution presented real-time inventory visibility as well as improved speed and accuracy in the warehouse. It also resulted in a major shift in ownership and responsibility of business processes from the office to the point of work. The improvement in accuracy of inventory information on stock levels allowed Yalumba to deliver customer orders faster and more efficiently. Yalumba then went on to deploy DSI’s Barrel Management App to track and manage barrels and their contents, even in the disconnected environment of the cellars. The app performs online and offline to execute barrel-scanning operations, from receiving to tracking fills and blends and generating barrel labels.

DSI had the privilege to work with the world’s second largest brewer whose distinctive lager is consumed in 178 countries across the world. The brewer’s eight operating companies across Asia each developed regionally-specific processes to meet the demand of the various landscapes, and each of the eight had its own operating procedures, data capture solutions, and systems of record, including SAP, Oracle, and Microsoft. The problem that arose was limited visibility to data and inconsistent process execution across the region. This leading brewer needed a mobile solution to connect disparate systems and to drive consistent execution. Additionally, due to intermittent connectivity across the continent, the company sought a solution that could enable employees to achieve optimal operations in any environment, on or offline. The solution was the combination of DSI’s Platform and mobile-first Merchandising Sales App which addressed the key challenges impacting the brewer’s operations across the Asia Pacific (APAC) region. Field employees can capture information through direct input in the field and access vital information to improve critical decision-making. The company piloted the solution in 2013 at a major operating company in Vietnam. Since then, the application has been rolled out to nearly 3,000 users in Vietnam, Thailand, Myanmar, Laos, Japan, Korea, Mongolia, Hong Kong, Sri Lanka, Singapore, Indonesia, Timor-Leste, Taiwan, and China. As a result, the company has improved consistency, quality, and productivity. Field reps now have accurate data on hand and can capture information in the field at any time in nearly any location. Even more important is that the company has achieved a single, standardized process across this extremely diverse region which has allowed this brewer to improve supply chain visibility at the local, regional, and global levels. They have since achieved the distinction of being the “World’s Most International Brewer.”

Through improving the supply chain management processes of food and beverage companies such as Old Dutch Foods, AG Barr, Yalumba Wine Company, and the world’s second largest brewer, DSI has revolutionized supply chain digitization and optimization. After integrating DSI’s Cloud Inventory® and other mobile apps into their ERP systems, companies in the food and beverage industry have experienced expansion in their productivity and revenue generation like never before, proving themselves to be above the competition in both quality and satisfaction in territories around the globe.