What is it like working with a major network like Universal on such a large scale project at the beginning of your career?

It is a huge honor and responsibility being part of the phenomenal team behind this important film. Before becoming an actor, I worked as an international journalist in Australia, Brazil, France and China. And I’ve survived abuse myself. Both journalism and abuse are still widely misunderstood, and both topics are close to my heart. So I’m glad Universal is supporting this kind of challenging, inspiring work. I hope the film reaches many people and sparks much positive change.

You also recently worked on The Batman? What did it mean to be a part of such an iconic franchise?

“The Batman” is truly a film for the big screen. I’ve been a fan of director Matt Reeves since being blown away by his precise direction and camera work on “Cloverfield” in 2008. I’ve also been a fan of DoP (director of photography) Greig Fraser since seeing his stunning cinematography on “Lion” in 2016. So it was super inspiring getting to work with both filmmakers whose previous work I had spent hours watching and rewatching for all their fantastic cinematic detail.

There was definitely a sense of responsibility to fans of the Batman franchise, in creating a fresh take on a story universe that has inspired imaginations ever since the character debuted in 1939. I loved preparing for my role as part of the core forensics team in the Gotham City Police Department. We received training in crime scene investigation, and insight into police structures and equipment, to help us play our parts as accurately as possible. Behind the scenes I was in awe of all the talented people working hard to make this film as visually rich and truthful as possible.

Also it’s not every day that I arrive at work and get a high-five from the Batman (Robert Pattinson)! It was very cool being part of the top-notch team working on this film.

Where can viewers watch the film when it becomes available on streaming platforms?

“She Said” released exclusively in USA cinemas on Friday, November 18th and releases in the UK on November 25th. Do come watch on the big screen if you can. It really is worth giving yourself the full experience.

What similarities and differences do you share with your character? What was it like playing a real person and preparing for that role versus fiction?

Rowena Chiu is a real-life living survivor, and I felt a huge responsibility to honor her truth in my portrayal. Since coming forward with her story, she has spoken extensively, so I could draw on all her previous interviews in my preparation. I was fortunate to meet her in person too.

Like Rowena, I was born in the UK and grew up in an immigrant family, steeped in both Chinese culture and a Christian upbringing. We share a passion for film, theater, books and storytelling. We both experienced the challenges of building a creative career in the face of both external discrimination and parental discouragement. These lived experiences certainly gave us a shared affinity.

Whether playing a real or fictitious person, as an actor I’m called to serve the truth as best I can. Rowena’s trauma is a specific experience that I had not personally lived through. We need great empathy to imagine what it may have been like. I also found myself balancing an impulse to share the burden of a difficult story, alongside a certain ambivalence which can accompany it, and anxiety of being misunderstood. And I’m aware the creative team were not looking for actors to do impersonations, but rather to evoke a truthful essence within the wider story, and one that would hopefully connect audiences with a deeper emotional understanding of the complexities of each survivor’s story. 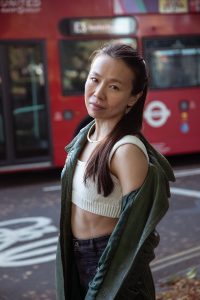 You made a career change recently- would you agree that it’s never too late to pursue a dream? What advice do you have for our readers?

Yes, journalism was my first passion: in my twenties I worked as a reporter in Australia, Brazil, France and China. It didn’t make logical sense for me to leave journalism at the time I did – I was good at it, and was launching into more investigative and documentary work, which I had always aspired to do. Yet something was tugging at me to explore more creative avenues for telling stories and getting at the truth – and I knew deep down that if I didn’t give it a proper go, then I would regret it later.

Everyone is on their own journey, so my advice would be to take time to get quiet enough to hear your creative yearnings and deeper wisdom from within. You do have the answers for your own life, even if they don’t always make sense to others nor follow a path that’s been taken before. When we choose to move forward with honesty, integrity, curiosity and kindness – and when we’re willing to really listen, take calculated risks, embrace failure and ask for help when we need – truly amazing things can happen.

What are some of the actors or shows you most admire on TV now? Any network or show you dream of working on?

I love the actors on the French language series “Dix Pour Cent” or “Call My Agent”. It’s a fast-paced farcical comedy-drama, delivered with fantastic rhythm and emotional truth. They have fun sending up the acting industry, while also connecting with very human stories and longings along the way.

As an actor, I would relish the challenge of working on a farce, whether for stage or screen. During my two years of training with French clown teacher Philippe Gaulier, I fell in love with heightened ridiculousness of vaudeville, which has great fun shining light on our humanity, failures and redemptions.

In the meantime, I trust the universe for my next jobs. All my latest film, television and theater jobs have been projects that somehow found me, rather than me seeking them out – and each has been a brilliant and perfect opportunity beyond my wildest dreams, including “She Said”.

One thing I do hope to manifest is an awesome action role. Recently random people have told me I somehow evoke for them Lara Croft, a Bond character, or a Jedi. Of course these are iconic existing personalities, while new ones are being written all the time. So let’s see!

Where can we catch you next? Follow you online?

I next appear in “Wool”, which is an upcoming Apple TV sci-fi series starring the wonderful Rebecca Ferguson, out in March 2023. I’ve also been auditioning for exciting new projects, and will share more when I can. You can follow me on social media @AngelaHYeoh. 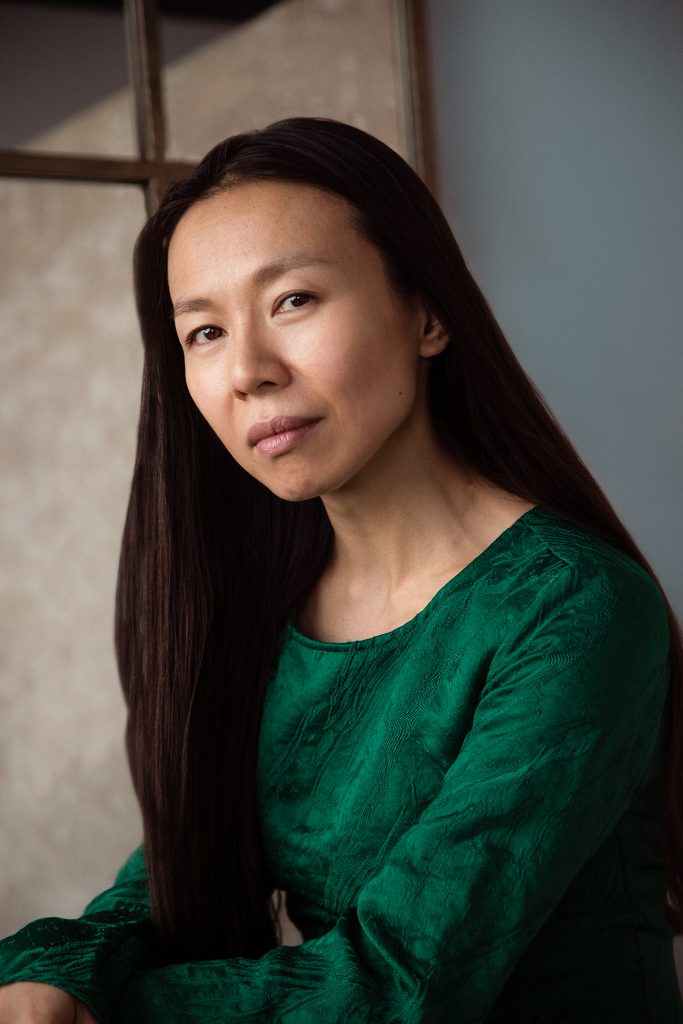