You might agree that your smartphone is one of your most prized possessions. Next to your wallet, your smartphone may also contain bank information and even more, such as saved passwords for all your other accounts.

Especially with the emergence of password managers and two-factor authentication, sometimes all it takes to access your information is through your phone. As such, it only makes sense that smartphones are one of the main targets of hackers and cybercriminals.

According to a recent study by Rublon, search data has shown that smartphones attract the most interest from hackers. This is with over 266,400 searches related to hacking Android and 19,200 searches for iOS in 2021.

Evidently, the data has shown that Android users must especially be more mindful of their cybersecurity strategies. Interest in hacking Android devices has increased by 49% in the past year compared to iOS devices that decreased by 23% (Rublon, 2022).

However, it’s worth noting that this statistic must be read carefully. The data states that iOS devices in general and interest in hacking iPhones have increased by 22% in 2021. Therefore, even if you’re an iOS user, you’re still a target for hacking.

While there is no full-proof way of keeping hackers out, you can reduce the chances of them succeeding to nearly zero. By using strategies also advised by cybersecurity experts, like being mindful of your passwords and online activities, you can achieve this. Other strategies also include using software to protect you and backing up your data.

To further explain, here is how you can outsmart phone hackers in an era full of data breaches, leaks, and more:

Save money and battery life with free wi-fi. And you can take a moment to turn off your mobile data. While you shouldn’t have to avoid public and free wi-fi entirely, it would probably be a good idea to be mindful and cautious of them nonetheless. This, along with suspicious emails, are two commonly used ways hackers use to gain access to your smartphone.

As such, you might want to consider paying extra attention to things that simply seem too good to be true. Unfortunately, you might also already be aware of the ‘You Won A Reward’ message but fall prey to phishing. This is when hackers send you a message claiming to be from a reputable organization you’ve engaged with, such as your bank, and requesting that you log in.

While they may seem to be legitimate, paying careful attention to the source of the communication reveals that it didn’t originate from your bank. The next thing you know, they’ve already figured out your username and password.

When you avoid suspicious links, sites, and unsecured public wi-fi, you can outsmart phone hackers by not becoming an easy prey to their tactics.

If you’re the kind to use the same password or similar passwords for most of your accounts, know that you’re not alone. Unfortunately, this may also result in an incident wherein a hacker gains access to one account, which would enable them to easily access all your other accounts.

First, in the event of a breach or data leak, any old passwords stored will have already been changed. Next, it’ll make it more difficult for them to guess if you choose a difficult password. Finally, as mentioned, avoid using the same password on multiple accounts as a hacker can use this to access your other accounts.

Getting hacked or accidentally downloading malware on your device may be inevitable, and that’s okay. However, it’s best to come prepared by backing up your smartphone.

You’ll notice some signs that your phone has a virus or has been hacked, such as slower performance and unusual data charges. In this case, it’s best to simply do a factory reset. But what happens to the data you have on your phone?

This is where the backup comes in. Backing up allows you to be better prepared to clear your phone without losing the information stored on it.

Smartphones, in particular, evolve as technology advances. After all, it’s the most accessible piece of technology one could own, and one that you almost certainly bring with you everywhere you go, including to bed.

Taking pictures, texting, scanning, and even paying for goods can all be done on your smartphone. With the rise of digital wallets and mobile banking, you may already be using your phone as a wallet.

However, this comes with its own problems, specifically regarding data security. Since your phone now contains plenty of vital information and data, its value goes beyond just the features of the hardware.

This information can include your credit card information, passwords to multiple accounts, and more. As such, it may come as no surprise that it’s one of the biggest targets of hackers. While it’s impossible to completely avoid a breach, you can find ways to outsmart phone hackers and decrease the chances of them easily targeting you.

By employing the right strategies, such as those noted above, and practicing proper precautionary cybersecurity measures, you’ll avoid becoming easy bait for hackers. 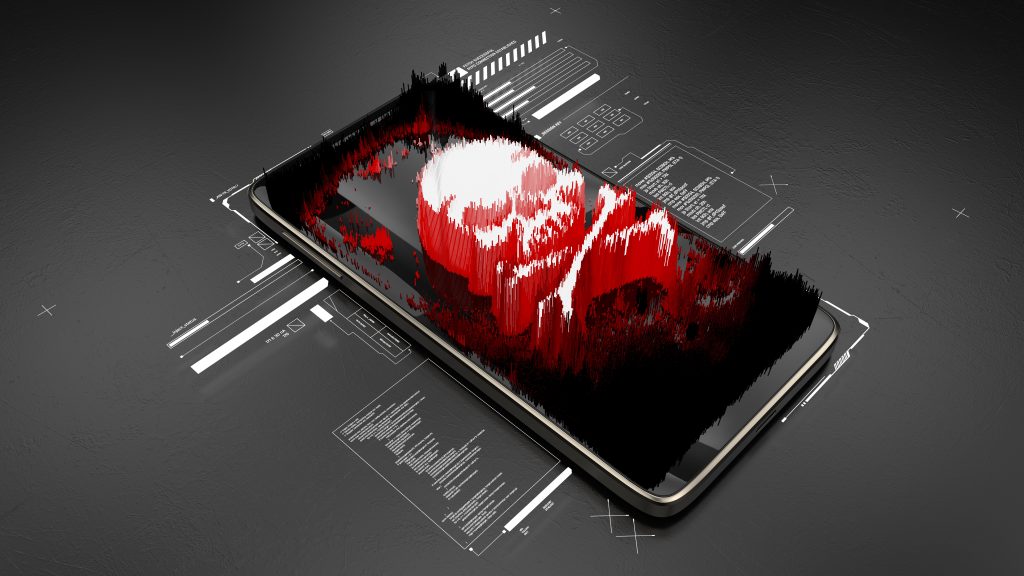