Every day, the line between an IoT device and a non-IoT device gets blurred. At first, your phone became smart, as you were now able to access the Internet. Next, it was devices that communicated through your phone to the Internet, such as your smartwatch. It was then devices in your home that used your Wi-Fi network, such as a smart thermostat. With the launch of 5G, this growth is not expected to slow down. Nowadays, more and more smartwatches are slowly becoming phone-free and can communicate with the internet directly through a built-in Esim. 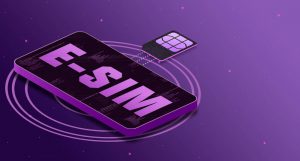 As the cost to make devices smarter continues to fall, it will become the norm that new devices you buy will be IoT-ready instead of the exception.

IoT works by providing information that was not readily available before. It involves two core components i.e information gathering and communications.  Look at the case of an important machine at a factory. Workers onsite would walk by and look at the readings periodically, but it was impossible to get consistent readings every minute of the day. Getting this information regularly not only allowed your workers to do other tasks, but it also prevents unwanted downtime.

IoT devices contain sensors and mini-computer processors that act on the data collected by the sensors via machine learning. In this machine’s case, sensors could take readings such as how hard the machine was working and its temperature. However, that information on its own is not valuable if it is not shared.

Communication involves two steps. First, the information is sent to be processed, usually to somewhere “in the cloud.” It does this using technology like Wi-Fi and Bluetooth. Once the information is in the cloud, the software lets you be notified when you want to be, such as an hourly update and alerts to the device overheating.

This is the same way you can use your smartphone to communicate with your smart thermostat, for example, to deliver the perfect temperature for you by the time you get home from work, how traffic engineers monitor the traffic level on the road, or how you can track your Uber driver on their way to pick you up! IoT is behind all three of these.

#3: Who uses the most IoT applications?

The earliest adopters of just about any technology tend to be where it solves the most significant need, which was the case with IoT. Many companies had valuable assets located far from their offices and used IoT to monitor what was going on.

Among these early users were Oil and Gas companies, Forestry and Mining. As the technology started to improve, industries such as Transportation, Retail, Medical and Government started to deploy IoT at increasing rates. Today, IoT is found in just about every sector.

On the consumer side, the movement of IoT devices is more recent but visible to ordinary people. Connected devices range from fitness wearables that track our movements to internet-enabled thermometers. One of the most prominent IoT product category is the home assistant, such as Google Home or Amazon Alexa. Consumers can connect to so-called smart-home offerings, providing climate and lighting control and security services. Some of the most popular products are Amazon’s Ring camera, which can connect your home with local law enforcement, and the Google Nest smart thermostat. However, as time goes on, IoT will become present in just about all areas of your home and work life.

Seeking to Embrace IoT technology? ETM Pacific has got you covered. Contact us to start the conversation.