Have you seen the “Jesus Christ Superstar” yet? Of course, you must have! In case you haven’t, go see it now. See it as soon as the musical hits your city. 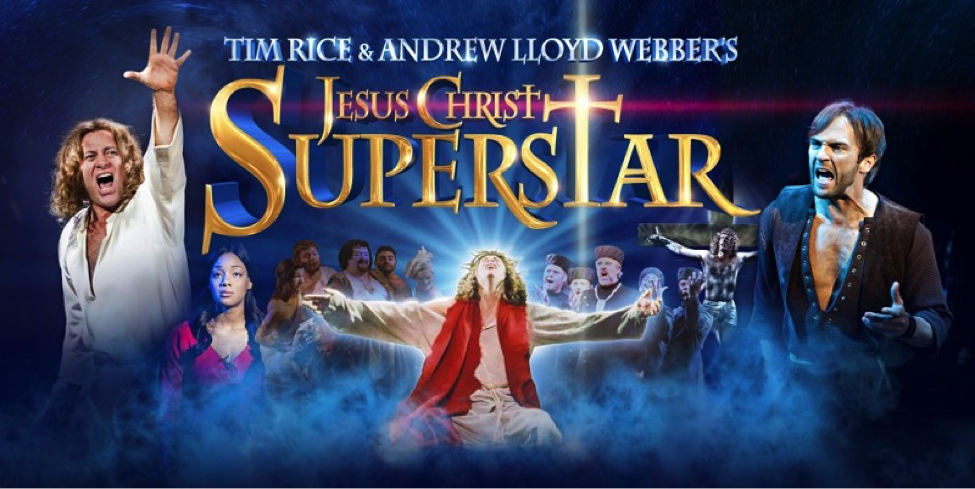 This tantalizing rock opera targets theater and concert audiences at the same time. With its music and lyrics coming from numerous award-winners, Andrew Lloyd Webber and Tim Rice. The show is already a must see. But I’ll let you in on a secret. This production has Jesus Christ in it! And he is a superstar!

Of course, he is played by a brilliant actor and of course, he is an inspirational counterpart. The feel is there nonetheless and you can see the emotions flowing by the response of the audience. So book your Jesus Christ Superstar Ticket at Tickets4musical and watch it now!

The 1970 rock opera with music and lyrics by none other than Lloyd and Rice himself is an account of Jesus Christ’s life. Obviously approaching it with a more modern scenario and feel. As the last few weeks of the Messiah is lived through the eyes of Judas, the disciple who turned on his master. Accompanied by soul-quenching music, lights, interior, staging and more. This 90-minute continuous production is aiming to set the audience’s heart ablaze with emotions.

See Jesus Christ in a new light with this breathtaking story. Discounted Jesus Christ Superstar Tickets are on sale right get them before they are sold out. And believe they’ll get sold-out, as the production is demanding it!

What’s Good & What Could’ve Been Better!

Aaron La Vigne playing Jesus is obviously the lead man in the show. But disappointedly he is just another man, while this shouldn’t not be the case. In contrast to him, James Delisco Beeks as Judas snatched the lead with his outstanding performances and incredible singing prowess. This musical was initially taking his perspective into the focus. So maybe this is not such a bad thing. Nonetheless, it sways from the point. 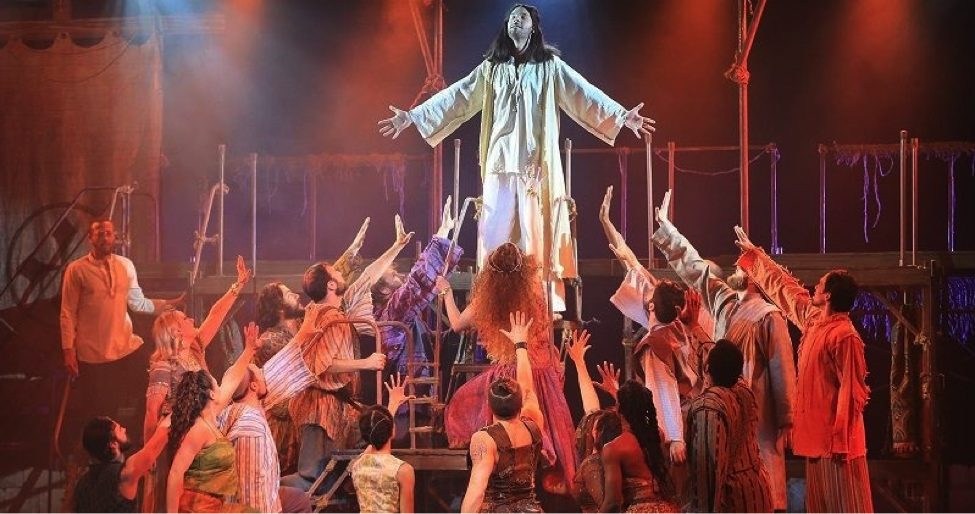 Jenna Bubaii’s Mary and Tommy McDowell’s Peter despite being good singer lack emotive power. There were no real intimacy in the scene where Mary comes to take Jesus to bed. While on the other the ensemble playing the mob, town’s people and moneylenders were great. They portrayed the poor with much more angst and feel required in the scenes.

At times, Lee Curran’s lighting design made it hard to understand what was actually going on. There are heavy adjustment needs in dark spaces and shadows.

Houstonbrite reported that the show is one of the most popular among rock ‘n roll and musical theater. Also, Jesus Christ Superstar has some iconic songs that charted the billboard on high ranks. The show has also become an inspiration for other such musicals including biggest hits like, “Les Miserable” and “Cats” to take the stage. In 2018, big stars like John Legend and Sara Bareilles starred as Jesus and Mary respectively for a live version aired on NBC.

But if you think that’s about all there is to the show you are mistaken. So here are ten things you might not have known about the Jesus Christ Superstar before now:

• Did you know that when Webber and Rice first started spreading the idea of a rock musical that tells the story of Christ from Judas’ perspective no producer wanted it? It was even called the worst idea ever. The duo transformed it into a 2-disc, an 87-minute concept album. The score finally got picked up and changed into the fantastic music we know today.

• The concept of the musical was inspired by one of the lyrics in Bob Dylan’s 1964 song According to Webber, the lyrics ticked something in Rice so he set out to cultivate Judas to make him less harsh.

• Astonishingly, the most iconic of all songs in the Musial, the Jesus Christ Superstar theme song was jotted down on a napkin. Webber says he had forgotten the tone and once it popped back in his mind napkin was the nearest thing he could get to note it down.

• The song, “I don’t know how to love him” is a refitting of Webber and Rice’s early works. The lyrics were rewritten for the tone of “I love the Kansas morning,” the song they both wrote back in 1967.

• Yvonne Elliman, the original cast of the musical in the role of Mary was first spotted by Webber in a nightclub. The composer came to instantly like the 17-year-old singer. Rice agreed and so she was casted.

• When the production set out for its first Broadway performance it was in hands of director Tom O’Horgan. He was dissed by many critics and surprisingly enough Webber himself despised the production. He even called it a “brash and vulgar interpretation.”

• The musical was the most shunned in musical history. The controversy begins with its inception. The American Jewish Committee and the Anti-Defamation League of B’nai B’rith protested against it, American evangelist Billy Graham accused it to be promoting, “blasphemy and sacrilege” and it was picketed by the British National Secular Society. Nonetheless, there were some defenders like Vatican’s radio station that it all worked out in the end.

• The Jesus Christ Superstar has been adapted into a real-life movie two times. Once in 1973 and once in 2000. The 1973 version was a product of director Norman Jewison’s efforts. And apparently, he arranged a special screening for Pope Paul VI who then gave it a nice review.

• Richard O’Brien was urged to write “The Rocky Horror Picture Show” after being rejected as Herod in Jesus Christ Superstar.

• Lloyd Webber initiated a reality TV Show “Superstar” in 2012 to contest for Jesus’ role. The Sunderland native Ben Forester won and played the role in the show’s UK concert tour.

Although the performances weren’t half as good as the singing-songwriting of the musical. It did contain some moments that spoke to the soul. Like when Judas sings “Superstar (I Only Want to know)” and even Jesus’ soliloquy was highly poignant.