Superheroes have been dominating the box office for the past couple of decades, raking in billions of dollars a year in ticket sales. It’s the most popular movie genre, so it’s only natural that video games have also had success with superheroes.

Steam is one of the best streaming video game platforms out there, and one of the reasons for that is the wide variety of games they have available. That includes superhero games. There are plenty of reasons why these games are so fun and popular. They involve adventure and action, and also, taking control of your favorite characters. However, not all superhero games are created equal. Here are the best superhero games available on Steam.

Guardians of the Galaxy

In Guardians of the Galaxy, you are Star Lord, the leader of the titular team. You guide your team of misfits through space to save the universe from a fate that you may or may not have been responsible for. Along the way you will find deadly and bizarre creatures from other worlds, dangerous enemies, and challenges that will keep you on your toes at all times.

Like the movies, Guardians of the Galaxy features a ton of humor and even more action, so there is never a dull moment. While you are controlling Star Lord, you will also get to interact with all of your favorite Guardians as you go through your intergalactic adventure. Just make sure that you have your favorite 80’s mixtape in the background while you play.

There can be only one team of earth’s mightiest heroes, and the Avengers is that team. You can play single player, or invite friends to play cooperatively. Take control of any of your favorite Avengers, like Iron Man, Hulk, Thor, Captain America, or Black Widow as they celebrate the opening of their brand new headquarters.

Unfortunately, things don’t go as planned, and the Avengers are blamed for a monumental tragedy. After five years apart, the Avengers must rise again from the rubble to clear their names and stop a deadly threat to the entire planet. As a player, you can choose your character and use their arsenal of powers and weapons. Along the way you will encounter classic Marvel characters, both friends and foes, that will push you along your quest.

New York is in trouble, and there’s only one hero who can save the day: Spider-Man! However, this isn’t the Peter Parker that you’re used to. Miles Morales is a teenager who’s still finding his palace in the world when he suddenly has the powers of Spider-Man. As he moves into a new home, he almost immediately finds it in danger from a threat that could destroy the entire city. Miles must leap into action.

Take control of Spider-Man and experience using all new powers that Peter Parker never had, like camouflage and venom attacks. You can roam through the open world of New York City while discovering your powers and making allies and enemies along the way. This game isn’t out yet but will be available on Steam very soon. 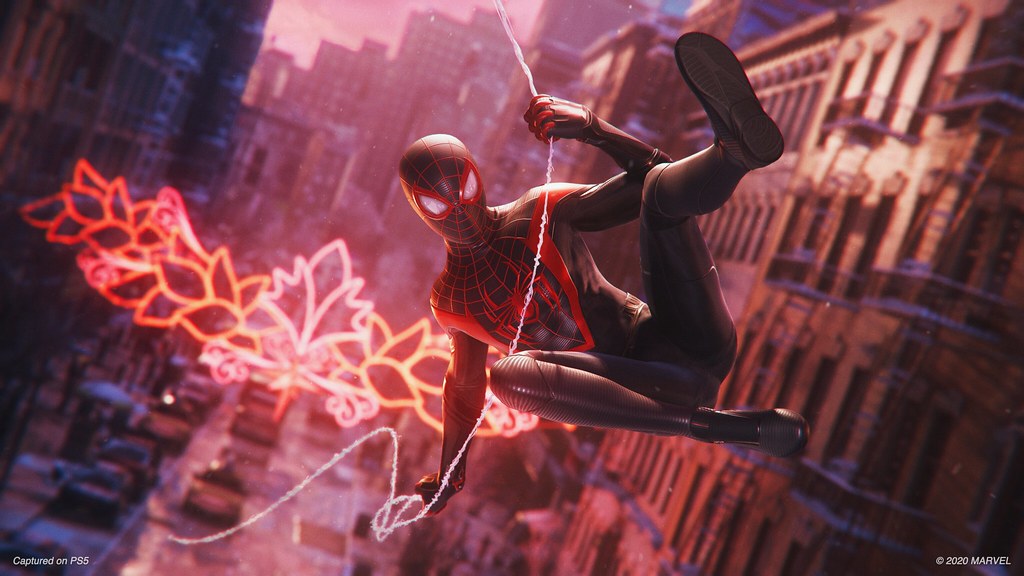 The only thing better than a ninja turtle is four of them, and the only thing better than one game is thirteen! The Teenage Mutant Ninja Turtle Cowabunga Collection is available now and will bring you through many years of evolution and development of TMNT games. This collection will have you saving the city of New York over and over again. Take control of your favorite turtle, whether it’s Leonardo, Raphael, Michelangelo, or Donatello. Each has a unique weapon and unique skills that will help you achieve your mission. This is hours of gameplay packed into one downloadable game, and you will find yourself on the edge of your seat while also enjoying the nostalgia.

There are superhero adventures for everyone in the whole family. This Paw Patrol outing sees the Mighty Pups on a quest to save Adventure Bay. Each Mighty Pup has a superpower, and they and you or your child can control your favorites to save the day yet again. In this child-friendly game, the Pups must meet challenges like jump rope and snowboarding to be successful in their missions. Along with the main story, there are side games and challenges that will engage kids and keep their brains working along with their gaming thumbs.