If you haven’t watched the “Rick and Morty” show you are definitely missing out on an amazing animated sitcom adventure with a science fiction theme. The tacky intro to this show has been heard from living room to living room worldwide. Having been created by Justin Roiland and Dan Harmon, the adventures of “Rick and Morty” have captivated and intrigued a great many for four seasons and a total of 41 episodes as of May 2020. This animated series with a flair for the interestingly outrageous debuted in December 2013 and was able to get a lot of viewing and high ratings in its first year.

In this animated series, Rick Sanchez is the mad scientist grandfather to a meek and fitful Morty who he drags along on almost all of his interstellar adventures. The show follows how this adventures fit into the daily lives of the Sanchez-Smith family. Jerry and Beth struggle to raise Morty and Summer under the same roof with a cynical Rick who selfishly seems to be unaware of the psychological turmoil his actions have on the family. This show is packed with a unique brand of dark humor crudeness, hilarious and ridiculous solves that have only made the show the great name it is today. Be sure to also look out for cool and amazing Rick and Morty products and gifts including an amazing Rick and Morty Megaways slot for those who love online slot games. 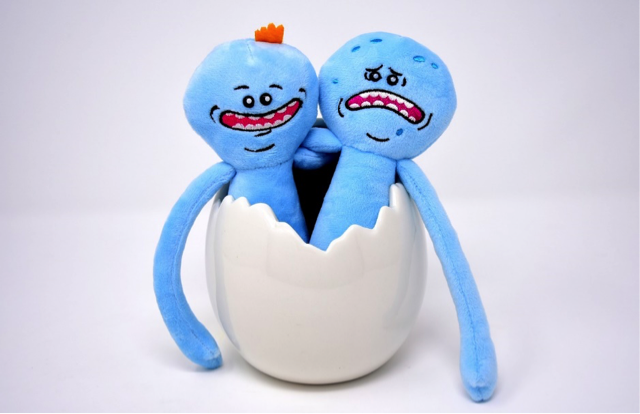 As the show continues to gather attention and critics in equal measure, some still wonder how “Rick and Morty” became TV’s most unlikely hit.

Picking out the best episodes for this show was not easy as there is a great many perks to almost every episode. However, if you are just getting started with the adventures of Rick and Morty there are definitely a number of episodes to look out for. Besides, there are other tons of amazing TV shows on Cartoon Network, where Rick and Morty airs. In fact, quite recently, Cartoon Network ordered comedy ‘The Fungies.’ Nonetheless, here is a brief look into some of the most iconic and captivating episodes in this animated series.

“The Ricks Must be Crazy”

There has always been the question as to what powers Rick’s oddly beat up but versatile intergalactic spaceship. This episode see Rick and Morty on an adventure to the micro-universe that seemingly powers Rick’s car battery. This mind bending universe explores the existence of micro-universes within micro-universes. It follows the feud and rivalry between Rick and Zeep Zanflorp played by Stephen Colbert. This episode portrays the futility of existence, existence of higher more intelligent beings and the sacrifices that come with Rick’s lifestyle of hopping from one dimension to another. The episode also has a hilarious subplot where Rick’s spaceship is tasked with keeping summer safe at all costs.

This episode is way darker than it seems at first. Rick and Morty are worn down after a series of back to back adventures and decide to visit a spa and relax. It is however never the usual with these two. The spa literally draws out their toxic bad sides and kick-starts another adventure as the two find out who they really are. This episode reveals that in spite of the facades and toxicity of Rick he really does care for Morty. Morty on the other hand becomes and egotistical asshole when his insecurities are removed. This episode delves into what would happen if what humans hate about themselves was removed. It may not be one of the most exciting episodes in the series but it does reveal a lot about the characters.

“The Old Man and the Seat”

This episode is often referred to as the one about pooping. Rick creates an entire planet for himself to have a private and peaceful bathroom experience or simply put, poop in peace. This episode is also considered one of the saddest as it shows the inability of Rick to form and maintain lasting relationships. Rick discovers that he is not the only one using his poop planet and goes to great scientific lengths to find out who the intruder was. This gives rise to a frenemy relationship that is however short-lived. The death of Rick’s frenemy shows that his lifestyle doesn’t allow him to get close to anyone as it never works out.

This episode gives us insight into Rick routinely wiping Morty’s memories for years in a questionable attempt to save Morty from some traumatizing and nerve-wracking memories from their adventures. Even more exciting is that Morty stumbles into a whole hidden lair full of his wiped memories and goes on a rampage viewing his memories. This comes at a time when he is really questioning his almost toxic relationship with his grandfather and the revelation almost ruins their dynamic. This episode takes us down a path of short clips showing some of the craziest and extremely random adventures the two have been on.

This is the one about the ex-girlfriend Unity. This episode really delves into science fiction with Unity being a hive mind being that brings out the emotionally invested Rick. Their relationship is quite tumultuous and shows us the creators’ exploration of free will and a hive mind. The usual carefree, smart and stubborn Rick is normalized by giving him an emotional connection by oppositely reflecting his loneliness. Rick however eventually hits a crossroad and has to choose between his new found emotional connection and his family and principles. He ends up alone again which reflects is inability to maintain relationships.

This episode starts with Morty interfering in an assassination attempt that ends up having unforeseen consequences. The show then takes a detour into the idea of a Jerry Day care where Ricks and Mortys from different universes bring their Jerry’s when they want to get away from him. The show then takes another detour into an arcade game where Morty slowly adopts a virtual life of his dreams where he eventually becomes quite exemplary. The show then takes us back to the botched assassination attempt on a being named Fart. The consequence in this case being the Fart intends to put an end to all carbon life forms resulting in questioning Morty’s moral compass. Morty ends up shooting fart rendering the whole episodes events null and pointless, but anyway it was another adventure for them that gave us deeper understanding of the dynamic between Rick and Morty.

“You gotta get schwifty…” is the song that saved the earth from being blown up in Rick and Morty. This episode follows Rick and Morty through an X-factor like musical adventure where the planet with the best tunes gets to win and keep their planet alive, the judges overseeing the singing competition are a giant head alien race called the Cromulons. A subplot to this episode has Jerry and Beth thinking that the Cromulons are the new gods. Quite conveniently to build the adventure, an earthquake befalls the Grammy Awards killing a huge number of the planets professional musicians. Rick, Morty and Ice-T are tasked with coming up with a tune that will save the day and they eventually come up with an ironic galactic show stopping song, ‘Get Schwifty’.

This is the episode that had the internet buzzing, from memes to fun Pickle Rick products. It is one of the most thrilling and iconic episodes of this show. This episode centres on Rick and shows us the scope of his intellectual ability in the most unprecedented of ways. Leave it to Rick to turn himself into a pickle in order to get out of a much needed family therapy session. This episode explore Rick and his daughter Beth’s psychological relationship and his innate inability to handle his relationships. Rick’s plan turns tragic as his plan to turn back human goes wrong. Rick has to survive the consequences of his actions and ultimately does so by turning himself into a badass bionic pickle that goes on a rampage with epic and murderous action packed scenes much like a John Wick movie. This episode explores the stigmatization around issues related to mental health while adopting a comical and exciting adventure as is the Rick and Morty brand. This episode was Rick and Morty at its best and is definitely a must watch.

Coined after the movie “Total Recall,” this is unanimously considered one of the best episodes from “Rick and Morty.” The Smith-Sanchez home is infested with multiplying parasites that instigate and implant fake memories of fake friends and family. The big task of rooting out fakes in order to save the day falls on Rick and as usual he comes up with an almost uncouth solution, the key to determine the real from the fake is whether you have bad memories about someone. The animators evidently went to work here and had fun with it, bringing us characters like Sleepy Gary, the Amish Cyborg and the lazy Ghost in a jar. Quite notable is Mr. Poopybutthole’s question. Beth having no bad memories of this low-key and often unseen character ends up shooting him in spite of his actual presence throughout their lives.

The popularity and success of this show is unquestionable. “Rick and Morty” has fast become an animated TV Series franchise. It is a must watch. The show hasn’t lost its flair at all as many other shows tend to with time. The creators keep us guessing and enthusiastically waiting to see what “Rick and Morty” will do next. As we eagerly await the fifth season of this adventure that Adult Swim ordered, we are assured of a thrilling and action packed show that will definitely leave us wanting more. The adventures of Rick and Morty are a must watch as they give you an unusual but necessary outlook at what a brilliant mind can do when pushed to its limits without a sense of accountability and control, while not forgetting to be funny and full of action.