“Mr. Robinson’s Neighborhood” with Eddie Murphy, the parody of “Mr. Rogers’ Neighborhood”, debuted as a sketch on NBC’s “Saturday Night Live” on this day in 1981.

From Wipekedia: In the sketch, Eddie Murphy’s’s character, named “Mister Robinson”, speaks and presents the show in a similarly stilted manner, but lives in a considerably grittier venue and engages in a number of illegal and unethical activities for money due to his lack of a job, which he educates his young viewers about in each episode while at the same time teaching them cynical views on the government and life in general. For example, in one episode he tells his viewers that their hopes and dreams are pointless because it’s impossible to find a job in the current economy and another episode contains a spoof of the Neighborhood of Make-Believe segment in which a puppet Ronald Reagan (whom Robinson consistently blames for his lack of a job and dire financial situation) tells the ghetto family hand puppets (represented as a brown glove with different small wigs on the fingers) that he cannot do anything to help them out of poverty in a very dismissing manner. Subsequently, he has Mr. Landlord (portrayed by Tim Kazurinsky) hunting him down for rent while giving him eviction notices and the police officers (one performed offscreen by Gary Kroeger) are after him for a number of petty crimes. A majority of episodes end with Robinson fleeing his apartment through the fire escape while singing a variant of Rogers’ famous song “Tomorrow”.

Rogers took no offense to the parody. On the contrary, he found it amusing and affectionate. The parody was also initially broadcast at a time of night when his own child audience was not likely to see it.

Incidentally, the first installment of “Mr. Robinson’s Neighborhood”, where Mr. Robinson gets a chemistry set from a man named “Mr. Speedy” (played by Gilbert Gottfried in a parody of Mr. McFeely), was overshadowed by the “Who Shot Charles ROcket” recurring gag that ran through the episode and the controversy over Rocket saying, “I’d like to know who the fuck did it” during the goodnights. The book, “Saturday Night Live: The First 20 Years” has a still shot from the episode of Eddie Murphy as Mr. Robinson pointing to a sign that reads, “Bitch”.

In the May 12, 1984 finale of Season 9, two episodes after Murphy left the cast, Mayor Ed Koch performed a parody of the sketch on the original set entitled “Mayor Koch’s Neighborhood.”

During interviews with Stephen Colbert and Jimmy Kimmel in October 2019, Murphy expressed interest in reprising the sketch for when he returned to host the show in December. On December 21, 2019, Murphy reprised the role, in a newly updated version of the sketch in which Mister Robinson’s Neighborhood has become gentrified. 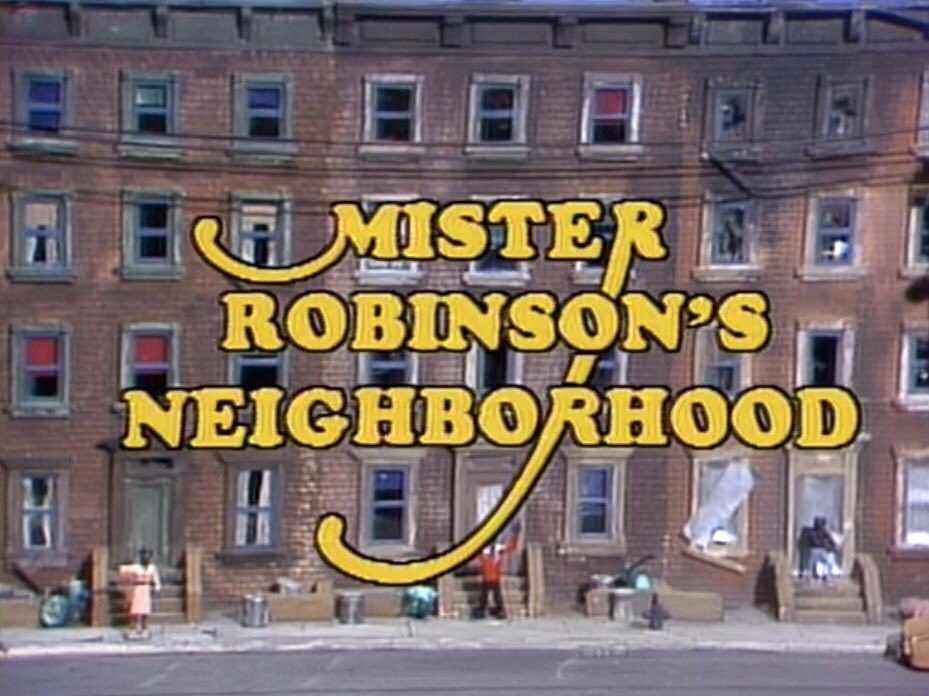