Random number generation has a role to play in all sorts of contexts, and it is fundamental to everything from gaming to IT security.

Of course there is more than one approach to achieving RNG, with some being better at approaching ‘true’ randomness than others.

So what separates top-tier RNG from that which only appears random, but in reality has a degree of innate predictability? Let’s delve deeper into the ins and outs of true and pseudo random number generators to expand our understanding. 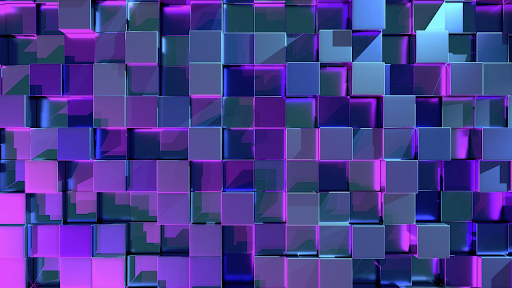 The fallibility of software

As mentioned earlier, RNG is vital for various types of digital solutions. As well as being one of the most important casino terms and gambling lingo because of its role in the online gaming scene, it is also at the core of cryptographic systems which keep all sorts of tech services safe from hackers.

In all of these cases, numbers are generated randomly through the use of mathematical algorithms. This is known as a pseudo random number generator, or PRNG for short.

The term ‘pseudo’ is used here because no matter how complex and clever a software algorithm may be, it is still not capable of producing true randomness. By its very nature, an algorithm is predictable; you just need to be able to emulate the randomness that it is aiming for, and you can guess the outcome.

The point to make is that modern PRNGs are incredibly advanced, and are deemed reliably random enough to both provide almost unguessable outcomes for online casino games, as well as very secure encryption keys for online banking, and so on.

There are instances of PRNGs being compromised, which can erode the trust and confidence which users are asked to place in them by service providers. Even so, for the most part the cybercriminal fraternity is more focused on other forms of attacks which are less challenging to execute. You are more likely to be successfully targeted by a social engineering scam than you are to have a crook break into your bank account by beating the RNG.

The role of physical reality

So far we have slightly misrepresented the vulnerability of software-based RNG, because of course the designers of these systems are well aware that pseudo randomness is imperfect, and that it can be enhanced through the use of true random number generators, or TRNG.

True randomness is determined only by external physical sources which are genuinely impossible to predict. They can come in many forms, and one of the most common examples of this is radioactive decay. By measuring the behavior of materials that emit radiation, this element of robust randomness is available to other systems that interpret it and extrapolate results from it.

For example, PRNG can be seeded according to TRNG, with the quantum aspect keeping things from being weak to either pure guesswork or brute force attacks.

Even the movement of static through the air can be relied upon for the purposes of TRNG, and for the time being this is the most resilient and random option available.

It is not always convenient or cost-effective for software-based, algorithmically-driven RNGs to also embrace true randomness from the physical world. Thankfully there are other angles that researchers and developers have adopted in order to push pseudo-randomness closer to the true ideal.

One solution is to move away from using a single algorithm for random number generation, and instead make several work in unison to generate a desired output. By upping the complexity, it makes reverse-engineering the RNG exponentially more difficult.

Another thing to bear in mind is that there are clear definitions of what defines a TRNG, with several different international standards helping to make this matter less ambiguous. Unpredictability is high on the agenda, alongside uniformity.

TRNGs must also be independent as well as undiscoverable, to shield them from exploitation by malicious third parties. In the US, the National Institute of Standards and Technology is in charge of determining these standards, and this creates consistency across the tech industry.

For most mere mortals, it is simply necessary to trust that RNGs are working away behind the scenes to keep our games fair and our information safe.

While you may not ever understand the inner workings of RNG algorithms and how radioactive entropy can enhance their randomness, it at least helps to know where this technology is used and why it is important, which hopefully has been made clear here.