These days, the claims of three major and up-to-date operating systems, named Windows, Mac, and Ubuntu Linux, have led to speculation as to which operating system is really better than its competitors and could be more suitable for desktop users. Until a decade ago, Windows was the best and most widely used operating system on the planet, and until a few years ago, the use of Windows operating system was an excuse for everyone, and there was no other good alternative. It is unbelievable that today the situation is completely different, and Windows rivals, especially Linux, are trying to challenge and overthrow the dominance of Microsoft’s OS.

This has been achieved to a large extent, and although Windows is still the most popular operating system available, has a comparative advantage over its competitors, now every user has heard at least the names of Windows alternatives and is somewhat aware of their use. Here we try to make a small comparison between the three current most popular operating systems to determine in terms of usability and efficiency, which of the three is better for desktop users. Of course, the choice of an OS depends on the type of attitude and goals of the user, so this comparison is by no means a recommendation and is only descriptive.

Undoubtedly, the environment and space of the operating system have a great impact on the audience and the ease of working in it. All three companies, Microsoft, Canonical, and Apple, are aware of this, and in recent years have worked hard to make their OS environment easier, more beautiful, and more functional in a variety of ways.

One of the most important reasons that may lead users to be very interested in Windows, is that they are very accustomed to the Windows space and find it comfortable and practical. If this is the only “habit” that can change as soon as it enters the space of other operating systems.

Note: If you have a mac OS and you need to test something in windows or you need a toll that should be used in windows, you can easily buy Windows VPS with BTC and do your job inside it. 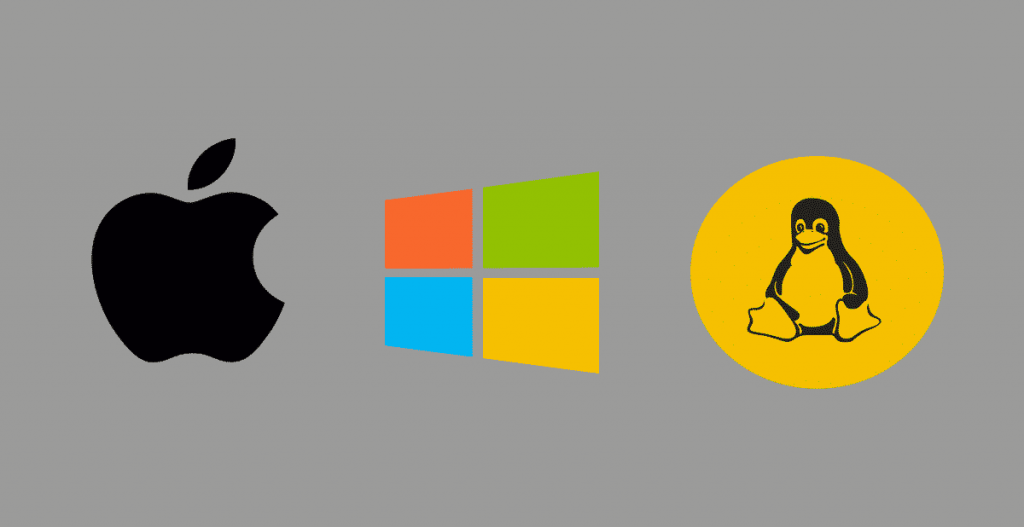 An operating system alone, no matter how powerful and secure and will not work. In fact, one of the most important factors in the success of users to use the operating system is the availability of software to meet the needs of users from amateurs to professionals. Here Microsoft Windows should be considered superior to all other operating systems so that in this operating system, there are few programs that do not have several similar free or commercial examples. Unix-based operating systems, such as Linux or Mac OS, continue to find their issues in applications. This is especially true of Linux, which is a completely free OS with free and open-source software.

But while Windows should be at the forefront of the competition, there are two key points to note: First, in recent years, Linux developers have focused a lot on software development, as did Mark Shuttleworth, the founder of Ubuntu, last year. It was said that by 2015 Canonical wants to reach more than 250 million users for Ubuntu, and one way to achieve this goal is to develop application software for Ubuntu. The second point is that although it must be admitted that the software available for Windows is currently more than the other two competitors, it should be noted that in Linux, the software is not “low” and it should be said that the “similar” software in Windows for Linux is Lower.

This means that for example, if you need powerful software for photo editing, you should not look for Photoshop in Linux, the preferred option in Linux could be GIMP. On the other hand, it should be noted that emulation software for running Windows programs on Linux, such as Wine and its commercial version, Codeweaver, now allows users to easily cross the operating system (and with a few changes to the interface graphics). It should also be noted that users who have been working with Linux for a relatively long time, after returning to Windows, are familiar with software designed for Linux, but due to their excellent use, a version of Windows is also available.

And most importantly, with tools like the Software Center in Ubuntu, you no longer have to search for different sites to get the software you want, but with just a simple search, you will be able to find the software and download it directly. In addition to these descriptions, if you need to use 2 operating systems, for example, you can order a Linux VPS next to Windows or Mac and connect to it using SSH or RDP

But Are Unix-based Systems Safe?

There has been a lot of talks lately about the emergence of new viruses for the Mac OS. This is true, and cyberattacks on the Mac have begun. Another implication is that Linux will naturally not be immune to cyber attacks.

But the bottom line is that the number of attacks on Linux is much lower than on the other two operating systems, so there have been no serious attacks on Linux yet. Steven Wagon Nichols, a cybersecurity expert, wrote in the article that after twenty years of using the Linux operating system, he has not seen a single cyberattack on Linux. Ubuntu, on the other hand, installs the LMS or Linux Security Module by default on the system, which actively protects the user from possible cyber attacks.

Experiments show that, on average, Ubuntu is 17% faster than its other two competitors. Another implication is that in addition for Linux to be a free OS, it has a fundamental advantage over its competitors in terms of operating system performance; An advantage that, of course, the user himself will be well aware of after installation and work.

Although at the outset it was stated that this report has only a descriptive purpose, the facts behind the review of the three operating systems subconsciously reflect the superiority of the Linux operating system in many ways.