Do you enjoy taking a spin on the reels with online casinos? If so, this is a post you must read. Due to the increasing popularity of online casino gaming in 2020, software gaming providers are constantly producing new games to keep players interested. As the ultimate end customer, this means you will benefit by having direct access to all of these new titles. For the purposes of this article however, we will be looking at the very best themed games in 2020.

In this sense, we are referring to themed games that have sprung from popular movies over the years. Historically, this has proved to be a very engaging category for many casino gamers, so let’s dive right into it.

Who doesn’t enjoy a nice superhero movie? More to the point, who doesn’t enjoy a good superhero-themed video slot? This is exactly what you’ll experience with this classic game, and as you can see, it follows the legendary Dark Knight Rises movie that was released several years ago. It has all of the same mystery and energy that Batman radiates in the movie, and of course, it has the same theme music to go along with the gameplay.

This title was developed by Microgaming just a few years back, and it has proved to be popular on many different casino sites. You’ll see all of the main characters whizzing through the 5-reels on this game, and to coincide with this, there are up to 243 pay lines, as well as an RTP of 96.41%. This is all alongside scattered wilds and free spin bonuses too, making this a highly rewarding slot game.

Jim Carrey is responsible for many memorable characters including Ace Ventura. The successful movie series became a franchise and now you can find a cartoon TV series, merchandise, video games, and movie slots.

Developed by Playtech, this movie slots game features a 5-reel 243 ways game featuring lots of win boosts representing some of the movie’s most memorable moments, unique game modes including 6 missing animal modifiers like the albino pigeon and the bottlenose dolphin, and bonuses which can be gained by triggering the LOSER! in-reel feature.

This is a very entertaining game that will have you laughing with every spin. 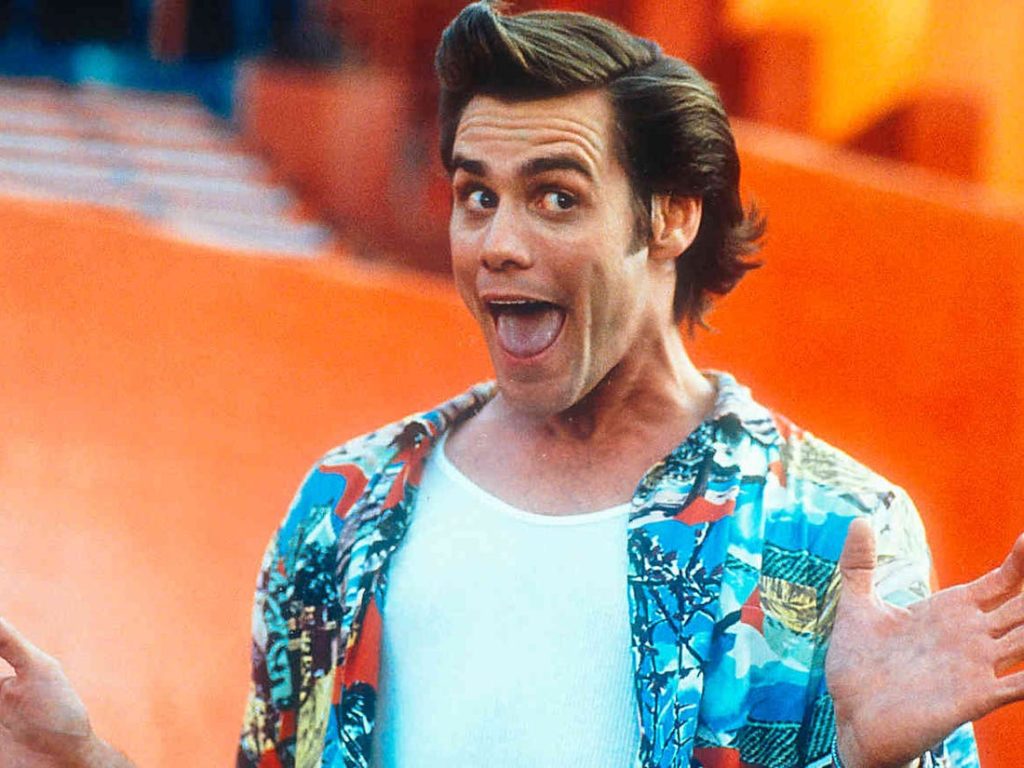 Unlike the recently released Ben Hur, Gladiator was a very successful historic movie where the star (Russel Crowe) fights to overcome the deadly Commodus in the Colosseum games. Well, it’s now a hit video slot, with all of the main themes of the movie ready for you to enjoy. There are Colosseum symbols, gladiator helmets, and the main characters zipping through the reels as you virtually fight to unlock bonuses and therefore wins. It has quite a dark yet engaging theme to it, and this is just one of many Playtech slots that are based on movies.

What’s quite cool about this one is that when you are striving for the bonuses, you’ll get to watch clips of the movie. This makes it a very engaging game indeed, and when looking for the bonuses, there are factors like extra multipliers, free spins, scatter symbols, and wild symbols to help you along the way. The overall RTP for this game is 94.10%, which isn’t as high as other Playtech games, but it’s
still very reasonable.

How do you make a horror-inspired slots game? ask NetEnt who took the James Cameron movie Aliens and turned it into a successful video slots game. Despite being based on a movie released in 1986, this game manages to feel uniquely fresh and it delivers incredible graphics that combine first-person shooter animations with the lights and pazazz of Vegas.

Players have to climb their way through alien-infested levels with plenty of bonuses and a high RTP, those who manage to reach the final level and kill the alien queen are expected to achieve some big wins for their efforts.

NetEnt proved themselves again as a leading slots developer, taking the old format to new and surprising heights, narrowing the line between video games and online slots.

Let’s be honest, everybody probably watched this movie when they were kids! It is a timeless classic, and Microgaming really did a fantastic job in creating this game. When you play it, you really do get a sense of nostalgia from your childhood, and while the movie was released back in the 90s, the graphics of this game are significantly better than the film. As you can imagine, you are immersed right in the heart of the jungle when playing this game, and keep an eye out for those dinosaurs.

Unlike the movie, the dinosaurs are your friends in this video slot, as these are the symbols that bring about the bonuses. There are actually five different dinosaurs that can contribute to the bonus too, essentially giving you a higher chance of winning. On top of these bonuses, other features include mystery multipliers and wild reels, which will keep you on your toes throughout.

There have been some rather dark and mysterious video slots on this list so far, so let’s switch it up a little bit for the last one. This slot is based on the movie, Ted. This was a comedy movie released just a few years ago, with a cute yet rather foul-mouthed teddy bear as the star of the show. The movie was directed by the same guy behind the hugely popular cartoon series – Family Guy, so it’s no surprise that the teddy bear sounds a lot like Peter Griffin!

This video slot is actually much more dynamic than some of the others, with 3D graphics and constant sound effects being produced. Ted was actually produced by Blueprint Gaming, a provider that every now and then releases an absolute blockbuster of a slot. Ted is clearly one of them, and with five different bonuses that you can get, it’s a rather awesome game.