Since the industrial revolution, we have made enormous leaps in technology. Today, new and exciting technology is integrated into our everyday lives and devices like smartphones have become an essential daily item. Countless great advancements have been made, which have improved the quality of life for people all over the world. But, while the benefits cannot be overstated, there are some distinct drawbacks to our reliance on technology.

With the current rate of technological change, economists are concerned that many of today’s human jobs will be replaced by AI and robotics. Every year, we rely more on technology and the potential for it to run wild is ever-present. Television and film often hold up a mirror to society, and these films and TV shows portray the potential dark side of technology today, and in the future.

Perhaps the most quintessential example of technology gone awry is the classic 1968 film, 2001: A Space Odyssey. While this film is densely layered and can be dissected to analyze every detail, it’s safe to say the overarching theme of the film regards the dark side of technology, at least on the surface.

The opening scene of the film shows the dawn of man, humans in their most primitive form in competition for resources. Inspired by an alien monolith that appears, these ancient beings learn to use tools for the first time – literally the beginning of technology – and wield bones to fight off another tribe. It can be said at this point that from the very beginning, tools and technology have always had the potential to do both good and bad.

Of course, we do not stay in this primitive land for long. Fast-forwarding into the future, we are quickly introduced to the central conflict of this story, the HAL 9000 artificial intelligence unit and the crew aboard a spaceship headed for Jupiter. The astronauts have entrusted almost complete control of the spaceship and its functions to HAL, who slowly turns against the astronauts, especially when it realizes the crew are conspiring against it. When the crew begins to question HAL’s actions, the AI unit starts to sabotage the crew and its operations, ultimately killing off all but one of the astronauts who manages to deactivate HAL.

The fear of artificial intelligence becoming hostile is almost cliche at this point in time, but this film is one of the true originators of this concept. As we get closer to a reality where AI is given more control and responsibility, many technology leaders, like Elon Musk still share this concern. 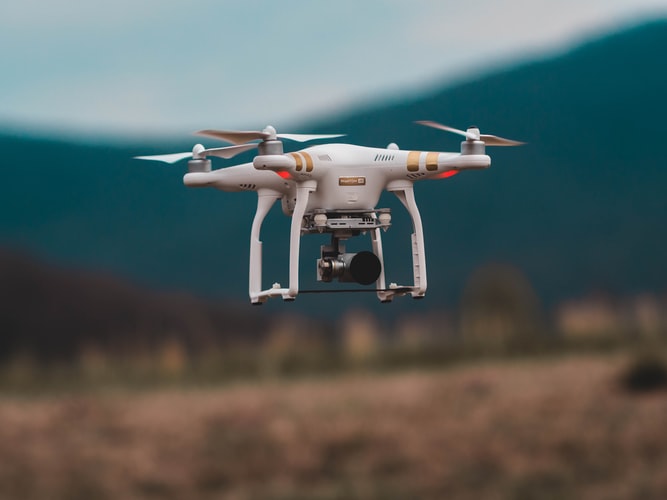 No other television series has succeeded in showing us the horrifying potential of technology like “Black Mirror.” Every episode of this 5 season series showcases a new plot centered around technology used in nefarious ways. From virtual reality games, to brain implants or devices that read your memories, the show presents many creative, and oftentimes very realistic, factors.

Many of the “Black Mirror” episodes revolve around real-life issues and concerns that are present in the world around us. Consistent themes include artificial intelligence, extreme surveillance, biometric implants, conditioning, and several more.

While films are oftentimes outrageous or unbelievable, what makes this series so successful is that most of the plots do not seem unrealistic, in most cases they’re plausible. This creates a spooky experience that stays with the viewer long after watching, and serves to remind us of the potential of the technology-driven future we are heading towards.

Offering a different perspective, the film “Castaway,” starring Tom Hanks, demonstrates another dark reality of technology: our ever-growing dependence on it. In past centuries, everything that we wanted to accomplish was done by hand, with our energy. In our present lives, only a fraction of things necessary to our survival are accomplished on our own. We no longer rely on our own skills and knowledge for almost anything.

Some films and novels depict a world where technology has been destroyed, or in this case lost, as Hank’s character has just found himself removed from all technology. He must adapt and learn to create his own tools and shelter, and learn how to start a fire on his own. If we were in the same situation tomorrow would we be able to survive? Humans would have to relearn how to do everything. Our dependence on technology has its own distinct risks and drawbacks.