MeTV Network, the home of classic television, will celebrate beloved actress and former MeTV brand ambassador Dawn Wells with a special presentation of select “Best of MaryAnn” episodes of Gilligan’s Island on Sunday, January 10th from 2:00 to 5:00 p.m. ET. Wells passed away of COVID-19 complications on December 30.

Best known for her role as innocent Mary Ann Summers on 1960s sitcom “Gilligan’s Island”, MeTV will pay tribute to Ms. Wells with a collection of her most memorable performances from the series, including episodes “How to be a Hero”, “Don’t Bug the Mosquitoes”, “The Second Ginger Grant”, “The Matchmaker”, “The Postman Cometh” and “Beauty is as Beauty Does”. The complete tribute schedule is listed below.

“Dawn Wells was truly America’s sweetheart, beloved by fans of all ages for her role as the wholesome and charming Mary Ann”, said Neal Sabin, vice-chairman of Weigel Broadcasting Co. “Dawn was a talented actress who was gracious and kind to everyone she met. She was a very special friend to the MeTV Network as our first official celebrity marketing ambassador. We will miss her, but her work on Gilligan’s Island will live forever.”

From MeTV: “Gilligan’s Island” premiered in 1964 and later became one of the iconic sitcoms of the 1960s. Wells starred as the beloved farm girl-next-door Mary Ann Summers, adorned with pigtails, gingham blouses and short shorts. Created by Sherwood Schwartz, the comedy followed a group of unlikely companions who end up stranded on a desert island when their ship wrecks in the Pacific Ocean. The series also starred Bob Denver as the accident-prone Gilligan, Alan Hale Jr. as Skipper, Jim Backus and Natalie Schafer as millionaire couple Thurston Howell III and Lovey Howell, Russell Johnson as the inventive Professor Roy Hinkley, Tina Louise as glamorous movie star Ginger, and Charles Maxwell as the voice of the recurring radio announcer. The series only lasted three seasons but grew in popularity during syndication where it aired nationwide in various television markets in the late afternoon.

Gilligan is embarrassed when has to be rescued while he tries to save a drowning Mary Ann, so the other castaways devise ways to try to make him feel like a hero, but he gets the chance to be a real hero when a headhunter arrives on the island.

Mrs. Howell engineers a romance between Gilligan and Mary Ann.

Gilligan suggests a beauty contest to decide which of the three women is the most beautiful.

An American singing group, the Mosquitoes, lands on the island.

The men learn Mary Ann’s boyfriend has married another woman.

After accidentally knocking herself out, Mary Ann revives thinking she is Ginger. 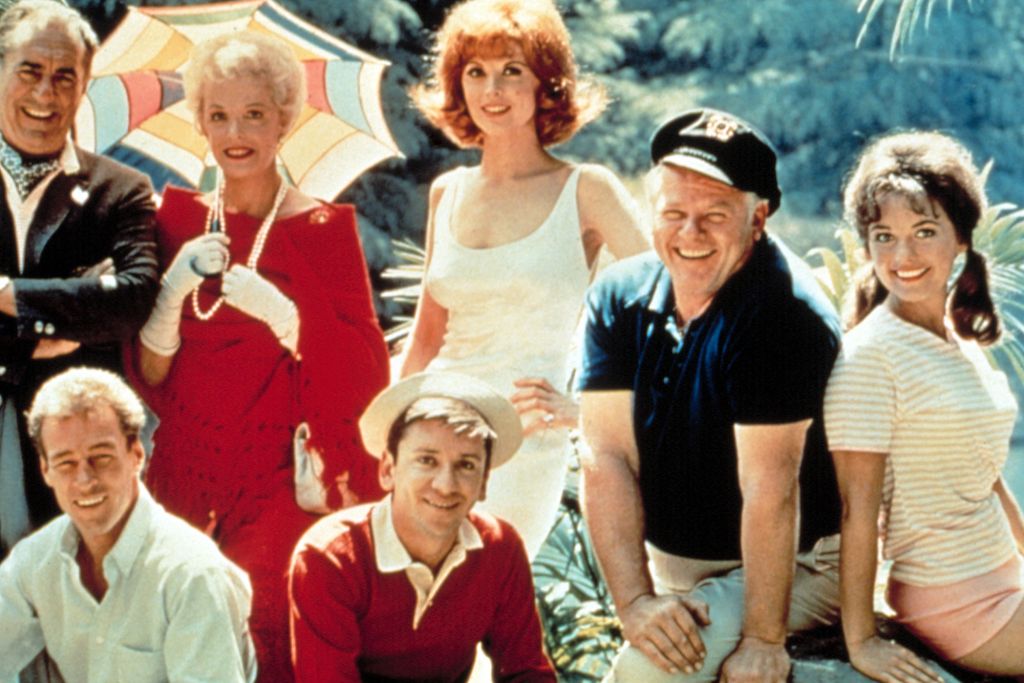