When someone mentions golf, most people think of it as a game by old gentlemen at some country club. But golf has way more to offer than that. And it’s much bigger than most people think. For example, did you know that there are about 28,000 professional golf players?

If you are a golfer, knowing where to play is crucial. You wouldn’t want to play at a course too far away. You must also consider how difficult the course is. The game of golf is all about hitting the golf ball right and it depends on what kind of golfer you are.

The best way to do this is by researching courses and clubs based on your ability level and budget. If you’re an amateur trying to improve your game, you can do so by playing with more experienced players at more affordable golf courses near you.

On the other hand, if you’re a pro player looking for the best places to play, you’ve got to look beyond the local area. Some world-class golf courses out there will thrill even the most demanding golfer.

If you love playing golf or want to learn more about it, then here are some of the most important tournaments that you should know.

Most Important Tournaments In Golf

Held every year at the Augusta National Golf Club in Georgia, the Masters is considered one of the most prestigious golf tournaments in the world. The tournament usually takes place during the first entire weekend of April.

It’s part of a series that includes The Open Championship, PGA Championship, and U.S. Open. In fact, since 1934, it has been one of the four major championships in professional golf and has a rich history behind it.

People often refer to The Players Championship as “the fifth major” because it offers golf players the largest purse, over $11 million to win. It is an annual event scheduled for May and is hosted by TPC Sawgrass in Florida.

This tournament is more complicated for many golfers than any significant championship because of renowned players and challenging courses. As one of the few tournaments with a strong field that includes virtually all of the top 50 players in the world, only two rookies have won this tournament since 1983.

The U.S. Open rotates between several different golf courses each year. This is unlike The Masters or PGA Championship, which are always held at the same two clubs each year. It’s played during the last weekend of June and the beginning of July each year.

It requires all players to compete on a course set up with challenging greens to play on. This results in some very high scores by even the best players worldwide today. In addition to high scores, one other thing you can count on with The U.S. Open every year is drama. 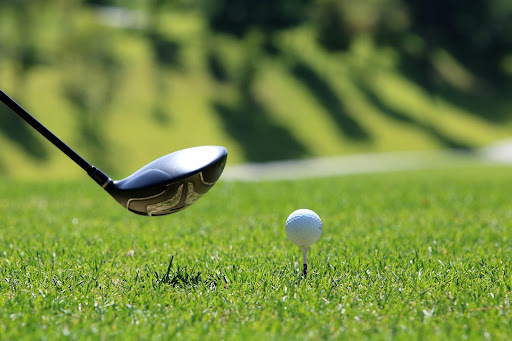 The British Open was founded in 1860 and is one of the oldest golf tournaments. It’s also one of the most prestigious and famous, with huge crowds lining the course for every round. Initially, the tournament was played in Scotland and remained there until it was moved to England in 1892.

Today it’s played at various courses all over England, with the current rotation including;

The British Open is unique among professional golf tournaments because it’s played on a links course. It’s a course found only in some regions of Scotland and Ireland with sandy soil and few trees. The greens are often hard to hit because they’re so fast and bumpy.

The Ryder Cup is a special event in golf. It is a biennial men’s golf competition between Europe and the United States teams. The match is contested biannually, with the venue alternating between the United States and Europe courses.

The Ryder Cup is named after the trophy’s donor, English industrialist Samuel Ryder. The event is jointly administered by PGA European Tour, PGA of America, and Ryder Cup Europe, a company wholly independent of both tours.

The PGA Championship is an annual tournament that happens in August of each year, and it’s held at various courses around the United States. Since its start in 1916, this tournament has been one of the most popular golf tournaments in the world.

It attracts players from all over the globe, and professionals from every continent come to compete. It also provides a chance for amateur golfers to test their skills against professionals.

It’s also a great tournament for spectators to enjoy watching some of the best golfers in the world square off against each other.

The BMW Championship is one of four World Golf Championships which take place each year. It brings together some of the top 70 players from all over the world to compete against one another. They try to win a share of a prize pool worth $9.25 million.

The WGC-Mexico Championship is one of the biggest golf tournaments on the PGA Tour. It’s held at Club de Golf Chapultepec in Mexico City, Mexico, and has been played since 1999. This tournament features some of the best golfers worldwide competing for a purse worth over $10 million!

Besides this prestigious event, other events attract thousands of spectators each year.

Golfers can enjoy the thrill of competing on the significant tour or amateur tour circuit or see their favorite players in action. Major tournaments help golfers position themselves for a successful season, boost their confidence, and generate revenue from ticket sales, concessions, and souvenirs.

A great way to get involved in your passion for golf is to attend famous tournaments held year-round or get the best golf simulator for home. You’re always ready to hit the links when you have your golf simulator. Any time of day or night, you can practice your swing, refine your technique, and hone your skills in any weather conditions.

Indeed, there’s nothing more fun for a golfer than watching an exciting golf match. However, when matches are a few weeks away, golf simulators can ease boredom while waiting for these championships.